Home » The Looptail, The Travel Blog Powered By G Adventures » On the trail of Gabriel Garcia Marquez’s One Hundred Years of Solitude
× Share this Article

With photos by Renato Granieri.

Fictional Macondo will be forever enshrined as the setting for one of Latin American literature’s greatest works, One Hundred Years of Solitude. There, it’s hot, hotter than you can ever imagine, so hot you’ll be yearning for blocks of ice that sparkle like the largest diamonds in the world. Butterflies flutter through doorways and the streets are bathed in banana-yellow light.

On May 30, it will be 50 years since the first edition of Gabriel García Márquez’s Nobel Prize-winning novel came off the printing press in Buenos Aires. Since then, only the Bible has sold more copies in the Spanish language, and no other book has captured the joy, sadness, and suffering of Colombia’s people in quite the same poetic way.

An epic tale following the passionate highs and bloody lows of seven generations of the Buendía family, it swings between narrative fiction and magical realism to dizzying effect: Gypsies levitate on magic carpets, beautiful women ascend to heaven on bedsheets, and lost souls are forever locked in a dusty room crammed with chamber pots.

But did the author affectionately known as Gabo root his fantasy in reality? And if Macondo really does exist, how do you get there?

Could it be Cartagena?

Colourful characters have always abounded in this colonial city on the coast of the Caribbean Sea, providing fodder for Gabo’s wild imagination when he worked here as a journalist for El Universal.

His favourite spot was Plaza de los Coches, a former slave market where the 19th century clock tower forms a gateway between the colonial old town and the bohemian lower-class district of Getsemani. Shoe shiners working alongside confection vendors in an arched gallery known as the candy corridor were an invaluable source for story inspiration.

A 10-minute walk north is the Sofitel Santa Clara hotel, a former convent where Gabo situated his novel Of Love and Other Demons.

In that book, the renovation of a 17th-century convent and hospital unearths the 200-year-old skeleton of a young girl with exceptionally — and unnervingly — long hair. Of Love and Other Demons tells the tale of the girl, 12-year-old Sierva Maria, the fictional daughter of a marquis.

Non-guests can visit the hotel’s crypt — the book’s inspiration — which is accessible via a glass gate in the El Coro bar.

Another old town hotel worth visiting is The Alfiz, where the owners have amassed an impressive collection of more than 100 works by Márquez in 22 languages.

There’s a 1974 edition of One Hundred Years of Solitude locked behind glass, and a signed note from the author in a frame. Ask the owner’s sister Luz Marina Tovar (note: she only speaks Spanish) for a key to the library cabinet, and she may also share photos taken on her mobile phone when Mercedes Barcha (Gabo’s wife) visited the hotel.

Officially, you need to be a guest to borrow books, but works by Garcia-Marquez are for sale at the nearby bookstore-cum-café Abaco.

Although Gabo never actually visited this time-frozen colonial town in the swamps of Bolivar province, his wife studied here as a child. Nicknamed “El Horno” due to the stifling heat and humidity, Mompox would be an appropriate place for One Hundred Years of Solitude’s Melquíades and his gang of gypsies to peddle blocks of precious ice.

Much like Úrsula and José Arcadio Buendía’s journey at the beginning of Solitude, it takes a while to get to Mompox — no matter where you’re coming from — and it feels completely removed from the rest of the world.

Mercedes Barcha attended the Sacred Heart College, located next to the San Francisco church, and on weekends she would stay with the Trespalacios family.

That family’s patriarch was a celebrated jeweller who would handcraft intricate gold fish, similar to those obsessively made by Macondo’s Colonel Aureliano Buendía in Solitude. It’s possible Mercedes recalled that memory to Gabo.

Sisters Flor and Eliza now operate a bike rental shop on the riverfront (just past the Santa Barbara Church), and welcome visitors to see their father’s workshop, now set up as an informal museum. Give her a month’s warning, and Eliza can make a bespoke fish for 700,000 Colombian pesos (around $240 USD).

The most likely blueprint for Macondo is Gabo’s birthplace, Aracataca, a sleepy, sweaty town at the foothills of the Sierra Nevada.

It’s right in the heart of banana country and close to the site of the 1928 Banana Massacre, a real-life tragedy that’s echoed and exaggerated in the book to highlight the social injustice suffered by the residents of Macondo.

In April, after the rains, hundreds of yellow butterflies flutter through streets like ticker tape, similar to the swarms following doomed romantic Mauricio Babilonia in Solitude. Butterflies are part of Gabo’s legacy to this day: you’ll find them on murals dedicated to the writer, a statue honouring Remedios the Beauty (Macondo’s heaven-bound goddess), and outside the house Gabo shared with his grandparents, now open as a free museum.

At that museum, visitors can see the study where Gabo’s grandfather, Colonel Nicolas Márquez, taught his grandson about politics; the ladies-only parlour where Granny Mina would share fantastic tales; and the junk room, which would become a home for the ghost of Melquíades in Solitude.

There’s even an official grave for the fictional gypsy, erected in the town by a Dutch Garcia-Marquez fanatic named Tim Buendía, who spent several years living in Aracataca.

Refreshingly, there are few souvenirs for sale in Aracataca, although the Casa del Telegrafista museum (where Gabo’s father worked as a telegrapher) does have several Spanish books for sale, and the neighbouring post office offers commemorative stamps for 200 Colombian pesos (around USD $10).

Finish your trip at the restaurant El Patio Magico de Gabo & Leo Matiz (Calle 7), dedicated to Garcia-Marquez and Matiz, the latter of whom is a famous photographer from Aracataca. Here, you’ll find shrines with typewriters, candid photographs, and — of course — more of those yellow butterflies. 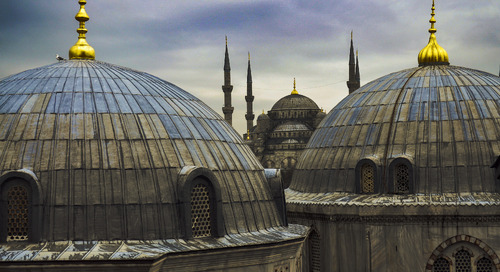 Why you should travel to Turkey now

Political unrest has led to anxiety about travelling to the ancient country. It's still worth a visit 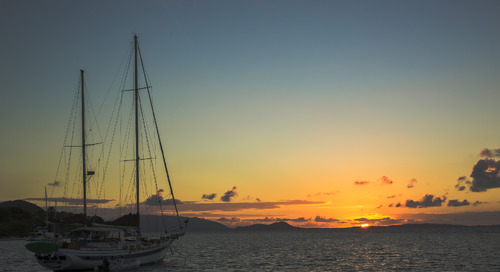 Blackbeard in the BVIs: Fact or fiction?

The British Virgin Islands are closely connected to the famed pirate — but whether Blackbeard ever visited ...