Home » The Looptail, The Travel Blog Powered By G Adventures » Blackbeard in the BVIs: Fact or fiction?
× Share this Article

Blackbeard in the BVIs: Fact or fiction?

The British Virgin Islands are known for many things: pristine beaches, secluded coves, and some of the world’s best sailing. But at one point, they were best known as a haven for pirates.

Legend has it that the most famous pirate of them all — Blackbeard — visited the BVIs during his heyday. However, despite the BVIs’ popular association with the famed pirate, there’s little evidence to support the theory that Blackbeard ever set foot on the islands at all.

The myth of Blackbeard’s prevalence in the BVIs is perhaps largely attributable to Robert Louis Stevenson, the author of Treasure Island. It’s suspected that the novel’s fictional Norman Island is the prototype for the book’s titular island; adding to this theory is the fact that Norman Island and Treasure Island both have a Spyglass Hill, the highest point on the isle, which was used (in both the book and in real life) by pirates to spot oncoming ships.

Furthermore, “Dead Man’s Chest,” the famous song from Treasure Island, apparently alludes to an instance in which Blackbeard, seeking to punish 15 members of his crew, marooned the men on a deserted island in the BVIs with nothing but a bottle of rum (hence the lyric “Fifteen men on a dead man’s chest / yo ho ho, and a bottle of rum”). There is a theory that Dead Chest Island, which is a tiny rocky outcrop in the BVIs, was named after the marooning. However, historical evidence indicates that the island was named far before the real-life Blackbeard would have been actively sailing the Caribbean Sea — which was between 1716 and 1718. If this evidence is factual, the song from Treasure Island, and the tale it tells, would have simply been inspired by the island's name, rather than by anything that actually happened there.

Plus, there’s no documented evidence of the real-life Blackbeard ever visiting the British Virgin Islands. And while the famed pirate did in fact maroon a number of his men at one point, as punishment, this is likely to have happened in the Bahamas, not in the BVIs.

Which is not to say that piracy was not at one point prevalent in the British Virgin Islands. The 60 islands’ close proximity to one another and many inlets made the area ideal for piracy; visiting pirates could easily hide, visit, and rest undetected. And many of the islands are in fact named after real pirates, such as Bellamy Cay, which is named after Black Sam Bellamy, and Norman Island, named for Captain Norman.

There are also two Thatch islands in the BVIs — Big Thatch and Little Thatch — which lend credence to the Blackbeard theory: among the famed pirate’s many aliases were Edward Teach, Tatch, and Thatch. And while there is no tangible proof that Blackbeard ever sailed the BVIs, many pirates didn’t keep thorough accounts of their travels — if a pirate ship were to be captured, a comprehensive captain’s log would be enough to indict the ship’s captain and crew — so it is entirely possible that his ship sailed through the islands’ surrounding waters. 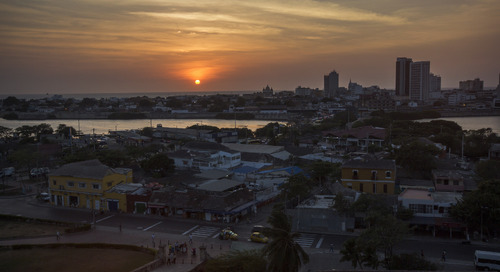 It’s been 50 years since Garcia-Marquez's Nobel-winning novel was first published — but where on Earth is M... 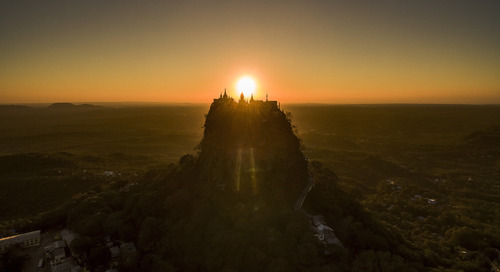 The country's burgeoning travel industry means that some knowledge of the area's idiosyncrasies can make fo...