When I arrive in the verdant countryside of Northern Ireland one cool spring evening, my weekend plans are simple — to curl up in my cozy rental cottage and spend the next few days reading Seamus Heaney poems by a peat fire.

But as I’m checking in, my host Raymond presents me with another invitation for the coming Saturday night: Would I like to attend a music and storytelling session?

Every weekend, he explains, a group of local musicians gathers their guitars, drums, and accordions and convenes in a nearby hostel, inviting travellers to join their night of Irish music traditions. There is only one catch — anyone attending the session is encouraged to contribute.

“Can you sing?” Raymond asks.

“A little,” I say, with a hesitant smile.

Two days later, the first person to welcome me to the session is its host Liz Weir, who owns the Ballyeamon Barn hostel and travels the world as a professional Irish storyteller. This is evident the moment the session starts; Liz effortlessly directs the evening, calling on her friends as well as on British, German, and American visitors. Like the most discerning of conductors, she seems to sense just what story or song should come next.

At last, Liz looks in my direction. “Well, Candace,” she says, “a little birdie told me you have a song to share with us.”

Despite the rush of nerves surging through me, I accept a borrowed guitar and pick, take a deep breath, and begin to play.

Although I’m a writer and artist by trade, I once aspired to be a professional songwriter. Years of classical piano lessons gave way to playing the keyboard in indie college bands, trading sheet music for my own songs, and even teaching myself a few chords on the guitar.

I’d always thought my next step after graduating would be moving from my home state of Virginia to Nashville, but when the time came to do so, my lifelong dreams of travel made me pause. Ultimately, I decided I would regret not seeing the world more than I would regret not pursuing music.

After graduation, I set off in an unexpected direction — to London for six months. I went from playing music nearly every day to just once or twice a month; sometimes on a friend’s guitar, other times in a private piano practice room. From London, I moved to New Zealand and started bartending at a popular bar. The bar’s manager happened to be a huge fan of acoustic music. When he caught me singing as I poured a beer one night, he convinced me to join the group of singer-songwriters who performed there each week.

Playing my songs for the first time to a crowd of at least a hundred people, I realized I’d come a long way from my closet-sized practice rooms in London. I’d given up music in order to travel, and yet suddenly, serendipitously, I had them both at the same time.

New Zealand was the first country where I was able to marry my love for music with my love for travel — but far from the last. From a black pearl farm in French Polynesia to a small fishing village above the Arctic Circle in Norway, I love arriving in a new place, finding a piano or guitar, and playing a few songs. Doing this helps me to connect with fellow musically inclined travellers.

But nowhere has music been more of a portal to connection than on the Indonesian island of Nusa Penida, located 16 km (10 mi) off the southeast coast of Bali. At dinner one night, I caught fragmented sounds of xylophones and drums in the humid air — what I could only assume was gamelan, an essential music tradition in Indonesia. I asked about the music and was sent to the practice session of a local gamelan orchestra. Inside the bale banjar ( the village’s community centre with bamboo walls and a tin roof) I found a group of 30 men, each in a sarong and t-shirt, with instruments at the ready.

As I quietly took a seat on the woven-mat floor, the next song burst to life like fireworks. The melody of xylophones, or gendèr, was countered by the metallic clip-clop of ceng-ceng cymbals, held by their red tasseled handles. Two-headed kendang drums, played on their sides, added yet another layer to the music, deep and tribal. The walls themselves seemed to pulsate.

Just before the group began their final song, one of the ceng-ceng players me handed me a spare set of cymbals. They immediately sank into my lap, far heavier than they had appeared. My classical piano training hadn’t prepared me for gamelan music’s tempo — one long clash followed by two pairs of explosive quick hits. One, two-three, four-five. One, two-three, four-five. My hands vibrated when I struck the bronze discs together, an electric current racing from the tips of my fingers to my very core.

It wasn’t until Indonesia that music became more than just a personal passion of mine; it was now helping me form even richer connections with other cultures.

As soon as I finish playing that spring evening in Northern Ireland, I thank the group for letting me join them, before commenting on the beautiful sound quality of the guitar I’d borrowed.

“Well, it should be!” the guitar’s owner exclaims. “It’s from Virginia.”

Sure enough, inside the guitar I can see the label from a music shop in Bristol, Virginia — only a few hours from my hometown.

As I’m marvelling over this coincidence, the charming 81-year-old local sitting next to me — a man named Alec, whose pick I had also borrowed to play — joins our conversation. “But the pick’s from Glenravel!” Alec says excitedly, referring to an area a mere (3km) 2 mi away.

The entire room bursts into friendly laughter at this — but I can’t help finding greater significance in the moment. Just like harmony in music is reached by layering different melody lines, so is there a perfect harmony in bringing our passions and interests with us on the road. Forming deep connections with different cultures by sharing the deepest parts of ourselves. 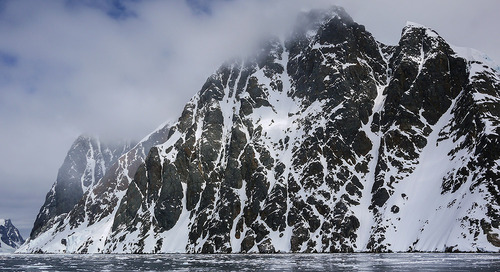 Turning the globe upside down

Writer Pam Mandel on how she remembers reams of ice, black mountains, and wildlife surviving in the world’s... 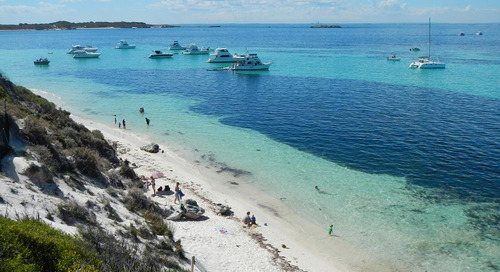