In Haiti, Vodou is a real, lived experience. It’s not a religion of formal worship and grand churches, though temples (called peristyles) exist if you look for them. It’s a religion of the people, and the land they are intimately tied to. To understand this, head to northern Haiti and look for a magical fish.

Habitation Duplaa is an old sugar plantation on the road between Cap-Haïtien, Haiti's second city, and the mountain-top fortress of Citadelle Henry, the country’s biggest tourist attraction. Sugar was the life of colonial Haiti, but it was also its death, as the plantations were worked by thousands of enslaved Africans, brought to the Caribbean by French masters.

When Haiti freed itself after a13-year revolution — the only successful slave revolution in modern history — the issue of what to do with the sugar plantations remained. Haiti’s new leaders wanted to use sugar money to rebuild a shattered country, but unsurprisingly the people weren't too keen to return to work on land where they'd been enslaved, even for a share of the wages. As a result, many of the plantations slowly fell into ruin.

At Duplaa, the results of neglect are apparent. Once-fine brick buildings are shattered and overgrown. There are mango and calabash trees, and a few stands of rough sugar cane that locals use to make a rough local spirit called taffia. There’s also a basin, where a huge waterwheel once stood to irrigate the fields. And somewhere in the murky waters of the basin lives Lovana, the Vodou spirit who takes the shape of a silver fish wearing an earring.

The walls of Lovana’s pool are whitewashed and decorated with veve — ritual symbols that represent different Vodou spirits, or lwa. The ground on the floor is littered with candle stubs, kernels of roasted corn, and crumbs of stale cake — the debris of recent Vodou ceremonies in Lovana’s honour.

That Lovana should live in a site once associated with slavery is no surprise. When Africans were brought to Haiti, they carried their religions with them. Vodou is a mix of those different religions with a seasoning of the Catholicism, plus a pinch of Taíno iconography borrowed from the people who lived on the island before Columbus arrived.

Vodou is a religion intimately tied to place. And everywhere in Haiti you’ll find places where the lwa moved in once the French were kicked out, making the landscape sacred. Lovana is prayed to twice a week, and Vodou followers bathe in the water to guard against bad luck. It’s said that it’s impossible to take the waters without being possessed by her spirit.

Every year on September 26, a festival is held at Duplaa to honour Lovana. The luckiest of worshippers may even be blessed with a sighting of her. Rising from the water, she appears as a fish with a silver earring; if you see her, she will grant you a wish.

When I visited, I wasn’t lucky enough to catch a glimpse. But as I was leaving, I met a farmer with a machete on his way to cut cane. Had he ever met Lovana, I asked? Of course, he replied, baffled as to why a foreigner would ask such a silly question. When he was a child, more than 50 years ago. He’d made his wish too, though he only laughed when I asked him if it had come true.

I turned back to the waters. Was that something moving under the surface, a strange ripple on the normally still water? In Haiti, Vodou is everywhere — you just need to look for it.

Keen to try your luck at spotting Lovana? G Adventures can get you there. Check out our small group tour to Haiti here. 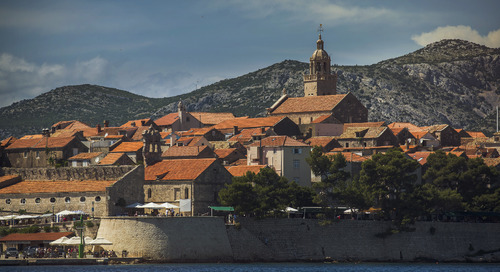 The explorer's Venetian origins have some Croatian detractors 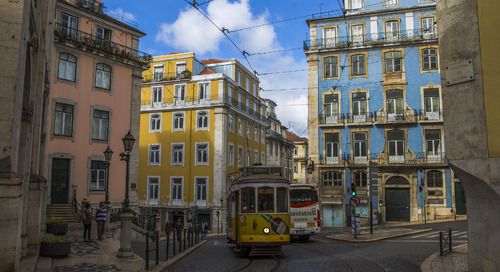