Home » The Looptail, The Travel Blog Powered By G Adventures » The curious case of Marco Polo’s birthplace
× Share this Article

Ah, Marco Polo. We know him as the Venetian merchant and penman who explored the Silk Road, or the guy whose name you call in between gulps of chlorinated pool water. But few know that there’s a hot debate surrounding his place of birth. I certainly didn’t, but when I stumbled upon a small house claiming to be Marco Polo’s birthplace while on holiday in Croatia, I got to wondering, and researching: how did Korcula — the town on the island of the same name — become one of a few assumed birthplaces for this adventurer?

It is widely agreed upon that Marco Polo was born in 1254, somewhere in the Venetian empire, and went on to become a name synonymous with exploration. One theory that connects him to Croatia rather than Italy is that what is now viewed as the “Marco Polo House” was once owned by a family with the surname “Depolo,” which is a variation of the surname “Polo.” And Depolo is, at its origin, a Dalmatian name. It is also theorized that Polo’s father, who had the surname Pilic, was Dalmatian, and that he changed his — and by association, his son’s — name later in life.

Another theory points to Marco being present at the Battle of Korcula, where he was captured and then brought to Venice. It is thought that he wrote his famous book The Travels of Marco Polo in the Italian city during his time there.

In fact, in 2011, there was an outcry from the Venetians after a Chinese museum dedicated to Polo was opened by the former president of Croatia, Stjepan Mesic, rather than by an Italian dignitary. “Attributing Croatian nationality to Marco Polo or anyone else born on the island at that time, just because it is now part of Croatia, is stretching historical facts too far,” the Italian newspaper Corriere della Serra said at the time.

I’m sure there are many other points to be made on both sides of the equation. Nevertheless, the residents of both Venice and Korcula are equally — and fiercely — proud to assume Marco Polo as their own.

I left Korcula with more questions about Marco Polo than I’d ever had before, but there is one thing I departed knowing for sure: that the town is as beautiful as it is storied.

Surrounded by the azure waters of the Adriatic, with limestone cliffs that tower in the distance, this medieval town is a maze of cobbled laneways, ornate churches, and curiosity shops. It’s fortified by high walls and built in a herringbone layout to protect it from the sometimes-harsh sea winds.

The Marco Polo house, for its part, isn’t grand by any means, but there is a romanticism to it: With a tall tower overlooking the horizon, and climbing roses draped across the high walls, one can easily imagine Polo spending time here — whether or not he actually did.

Ready for a trip to Croatia — perhaps to see Marco Polo's rumoured home there? G Adventures can get you there. Check out our small group tours to Croatia here. 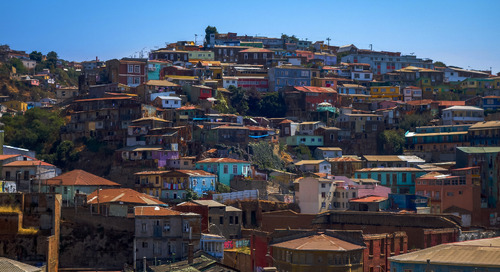 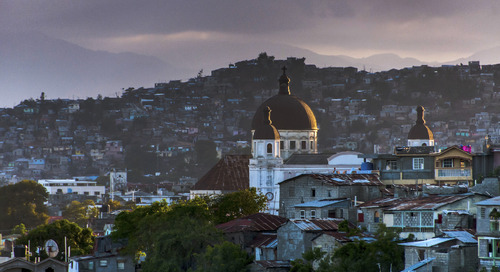 In Haiti, Vodou is everywhere — you just need to look for it