Home » The Looptail, The Travel Blog Powered By G Adventures » Stargazing, sports, and sacrifice at Chichén Itzá
× Share this Article

“You’re heading out for Chicken Pizza?” The man was wearing a guyabera shirt and neatly pressed trousers. His sunglasses were pushed up on top of his head. It was very early; I was waiting for my tour bus to arrive. I laughed, I had not heard this silly joke yet, but he was right, I was off to Chichén Itzá, the magnificent Mayan complex in the Yucatán Peninsula in Mexico. He told me stories about the mythical Mayan apocalypse, supposedly meant to occur later that year (I visited in 2012) and offered up his own extremely practical take. “Maybe it just means it’s time for us to get a new calendar.”

I laughed. And then the bus arrived, and I joined my group to see the site for myself.

Chichén Itzá is kind of a tourist trap, let’s be perfectly honest. In fact, it’s been kind of a tourist trap for nearly a century. More than a million visitors pass through the grounds every year. It’s also totally worth it. Crowds and vendors selling knickknacks and offering to translate your name into one of the many Mayan languages on a fob you’ll never wear aside, the architecture is magnificent and the sophisticated astrology behind the site’s design is staggering. Plus, there are skull reliefs everywhere and, well, they’re just cool.

The iconic pyramid — the Temple of Kukulkan — is an architectural rendition of the 365-day calendar that we know as standard today. At the equinox, both spring and fall, the sun aligns so a shadow descends the steps, aligning with serpent heads at the base of the pyramid. The ball court — some suggest the sport evolved into basketball — is the largest structure of its kind in the Americas. And the stakes were fierce: win or die. That’s not the only place you could lose your life at Chichén Itzá; girls were tossed to their deaths in the largest cenote (sinkhole well) on the site, as an offering to the Mayan rain gods.

But Chichén Itzá wasn’t just stargazing, sports, and sacrifice — plenty though that is. It was also a thriving commercial centre for nearly 1000 years; precious stones and metals from other parts of Central America are among the artifacts found here. The site was occupied by a series of different cultures, the Maya first, then the Toltec, and after many years of serving as a thriving metropolis for the region, the population declined — perhaps due to disease brought in by colonial Spaniards, drought, or soil depletion. The city was never completely abandoned, though, and in the mid 1800s, after about 400 years in relative obscurity, it captured the imagination of adventurers and travellers.

G Adventures runs a number of departures in Mexico encompassing a wide range of departure dates and activities to cater to different tastes. We’re thrilled at the prospect of showing you this big blue planet of ours — check out our small group trips here. 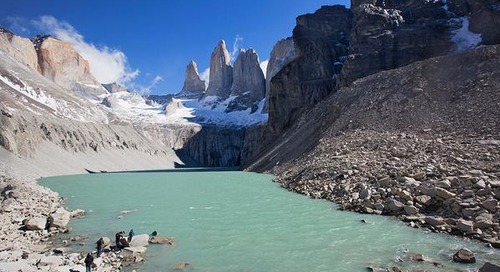 This is the end of the earth. So where to begin? Patagonia expert Carolyn McCarthy shares her top tips for ... 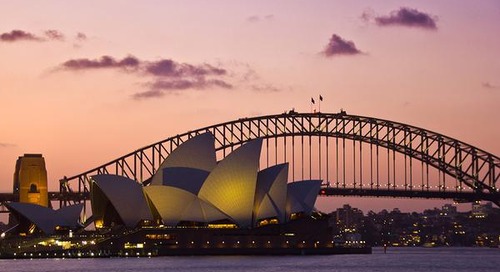 5 things you’re getting wrong about Australia

Koalas are bears, “budgie smugglers” are for birds, and other myths get busted by travel photographer Genev...