Home » The Looptail, The Travel Blog Powered By G Adventures » Stories in the Sand: Peru’s Nazca Lines
× Share this Article

The sun had just crested the desert hills, illuminating the arid plateau around the small Peruvian town of Nazca. It was a calm morning — perfect for flying a small prop engine airplane over the high plains. As the propeller whirled faster and faster, my travelling partners and I boarded our four-seater airplane. We were in search of the famous Nazca Lines.

Spread across more than 500sq km (193 sq mi) of dry desert between the Nazca and Ingenio rivers, the Nazca Lines are massive land drawings of figures of animals, humans, plants and geometric patterns built from mounds of earth. Archaeologists and scholars believe these colossal shapes were created by the ancient Nazca civilization, which lived in the area between 500 BC and 500 AD. The Nazca culture was known for its complex and beautiful ceramics, textiles and geoglyphs (the Nazca Lines). The Nazca also created a detailed system of underground aqueducts to transport water throughout their towns and agricultural fields.

The Nazca Lines are unique in that their shapes come into focus when seen from above. On the ground the shapes look like hills; as though they are just part of the landscape. These ancient creations were first noticed in the 1920s when an early Peruvian airline, Faucette, began flying a route from Lima to Arequipa, directly over the high plateau around Nazca. Today, travellers still fly over the Nazca Lines enjoying the site of these strange shapes.

Like the travellers who came before us, we too planned to fly over these stunning ancient works to gain a different perspective on these colossal figures of earth and stone. As our plane climbed higher above the Nazca Plateau, the buildings that comprised the modern-day town of Nazca became smaller and smaller until they were tiny dots far below us. Our pilot expertly banked to the right, moving us closer toward the arid land.

A few minutes into the flight, he gestured emphatically out the window. “Monkey!” he shouted. Peering down below, I spotted one of the most famous of the Nazca Lines. The curling tail, bent arms, splayed fingers and distinctly primate head showed an image that was definitely a giant monkey drawn in the land.

The Lines resemble a variety of images, including hummingbirds, monkeys, spiders, fish, sharks, whales and lizards, as well as flowers, trees and even images of people. These are not shapes that if you squint one eye and imagine really hard, you can kind of see a monkey or a whale or a person. These are images that look exactly like the figure they intend to portray. The largest of the Nazca Lines is more than 200m (660 ft) wide. Scholars believe these mysterious shapes have religious significance, but beyond that speculation it is unknown what purpose they may have served.

Our plane now veered left, heading toward more of the Nazca images. We flew over shapes that looked like hummingbirds, whales and spiders. Another shape appeared on the right side of the plane — it looked like a man carved into the side of the hill. The level of detail and accuracy was incredible and inspiring. These figures were created at ground level by removing surface stones to show the lighter-coloured soil underneath. Ancient Nazcan architects didn’t have the benefit of being able to look at what they were creating from above. Instead, they had to design and build their colossal creations from the very close perspective of ground level. And yet, what they created has lasted for thousands of years.

We continued our journey over these famous shapes laid out on the earth below, before circling back over the desert cliffs and heading back to Nazca. Even thousands of feet up, these shapes still looked massive, a testament to the ancient Nazca culture’s ability to build and design complex structures. As our plane lowered in altitude, preparing for landing, we passed over modern-day buildings and fields before finally touching down at the tiny airport that serves Nazca and the surrounding towns. The experience of viewing these figures from the bygone civilization of the ancient Nazcans was a truly unique and unforgettable travel experience — and a reminder of the complex culture that once called this desert plateau home thousands of years ago. 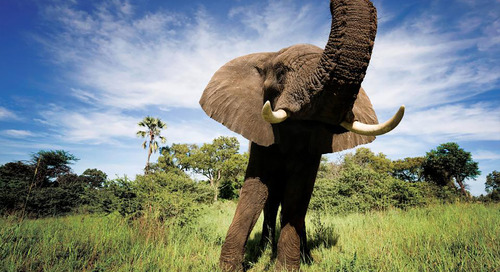 From the educational and the thought-provoking, to the awe-inspiring and truly wild, these experiences will... 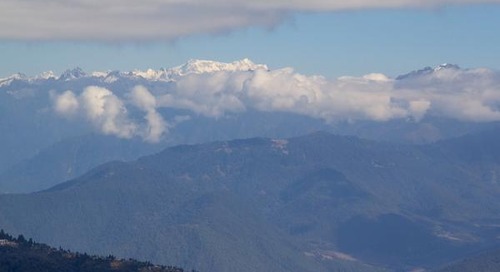 Hitting the Trail: How to prepare for a trek in Bhutan

Got a trek planned? Nellie Huang shares her training regimen and packing list for trekking in Bhutan.