Home » The Looptail, The Travel Blog Powered By G Adventures » The enduring magic of Mexico’s mariachi
× Share this Article

The enduring magic of Mexico’s mariachi

The first time I heard an entire audience join a mariachi band singing Guadalajara, I got chills. I was already hooked on mariachi and when the opportunity to attend the mariachi gala at Guadalajara’s annual festival of Mariachi and Charrería came up, I jumped at it. As I sat in Guadalajara’s dazzling Teatro Degollado, with Mexicans who were singing their souls out, I understood that the traditional music could be so much more than a glitzy, and somewhat kitschy, tourist performance. “It’s the soundtrack of our cultural identity,” my Mexican friend Ana once told me.

The moment I began to fall in love with the music had come years earlier, when a Mexican friends took my husband and I boating in Mexico City’s, Xochimilco. The tequila was flowing as we festively drifted through the old Aztec canals and we were soon alongside a boat full of mariachis. Mid Cielito Lindo (the song people spontaneously broke into after earthquakes struck the country in September 2017), when the sorrowful grito is called and we’re told to "sing, not cry," my tears started to flow. Our host, Ramon reassured me that this was the correct response, “You don’t have to understand the words to feel the power.”

But not fully understanding mariachi made it feel like I was only half appreciating it. And as my Spanish improved (singing really helps with language learning!), I became curious about its history. First there was the mystery of the name itself. Some experts think it comes from the French word for marriage (because the groups played at weddings). Another theory is mariachi comes from the indigenous name of the pilla or cirimo tree, a wood used for making guitars.

Like term’s lost origin, the roots of the music are also hard to pin down. With rhythms that are a mix of different indigenous, European and African styles — it’s from nowhere and everywhere. While theories about its beginning vary, we do know the word mariachi was first recorded in Cocula, Jalisco in 1695. Back then it described a group of musicians who were the predecessors of the kind of modern theatrical ensemble of violins, trumpets, vihuela (a high-pitched, five-string guitar), guitarrón (a large acoustic bass) and harp which have become synonymous with Mexico.

Now recognized as part of Mexico’s Intangible Cultural Heritage by UNESCO, mariachi’s very exuberance makes it easy to miss its musical complexity. Because it’s often performed by casually organized groups, who strum out the same dozen or so songs in bars and tourist joints, it can sound like a raucous cliché. But much the way its cultural partner tequila evolved from a potent (and occasionally awful) local beverage, and into a trendy craft liquor, mariachi has kept up with the times. Found in movie scores (think Coco) and performed by seasoned crooners, young heartthrobs and flash mobs alike; in the hands of accomplished music makers, mariachi is extraordinary.

I wasn’t thinking about history though as I sat mesmerized by the performance in the ornate Guadalajara theater. Instead I was captivated by the pageantry. Band members dressed in matching silver-trimmed traje de charro spurred each other on in a round of solos that seemed to test the endurance of both the performers and their instruments. When the ensemble came back together, the combined music exploded with so much emotion that the crowd sprang to their feet. A grito of trills and calls echoed around me.

The glamorous traje de charro worn by mariachi performers is shared by both mariachis and churros; Mexico’s traditional horseman. Mariachi and charros also regularly share a venue. During charrería (an equestrian competition which occurs around Mexico and makes up the other half of Guadalajara’s mariachi festival) competitors and musicians are decked out in the ornately embroidered trousers or skirts, wide bow ties, sombreros and short jackets for the stadium-based competition.

While mariachis play live accompaniment the charros show off skills including the escaramuza, a team performance by women that includes precision riding techniques; and El Paso de la Muerte, the three-man barebacking pass of death. At a Guadalajara stadium called Lienzo Charros de Jalisco I learned more about charrería. Sipping tequila, which seems almost mandatory, talented horsemen demonstrate the roping and riding skills which take their teams to competitions around the country.

After the demonstration came the chance to try a few skills myself. Under the watchful eye of a charro, I mounted a horse and attempted to throw a lasso. While disentangling himself from my rope, our instructor explained that while mariachi music has remained the music of regular Mexicans — charrería had changed. Instead of being the realm of cowboys, who compete to show off their ranching skills, charrería has become dominated by wealthy family teams. Lienzo Charros de Jalisco is hoping to shift it back to a more accessible sport by offering lessons to visitors as well as locals and kids who want to deepen their ties to their culture.

The last group of mariachis I heard before heading home from Mexico wasn’t surrounded by the excitement of competition, or the splendour of a gala. Instead it was a modest group made up of five beautifully dressed women who were strolling through a strip of small restaurants and playing for $15 a song. The music was a pretty background to a delicious meal with friends but as they strolled closer I was captivated by a rendition of Malaguena that was poignant and perfect.

When they approached our table I decided to splurge and buy a song. Requests make it easier for the mariachi, but I’ve been told a typical mariachi group has repertory of a few hundred songs. As I tried to think of something, I realized how few songs I knew. Knowing it’s more typical to ask for something happy, sad, romantic, traditional, or instrumental I simply asked them to play something they were in the mood for.

México Lindo y Querido (Beautiful and Beloved Mexico) soon spilled across our table and filled our restaurant. Other diners joined in and the song travelled down the street. An elderly diner across from me caught my eye as she sang about the meadows and mountains of her homeland. Reaching out she grasped my hand and encouraged me to try the words. “Just sing,” she said. “It’s easy.” 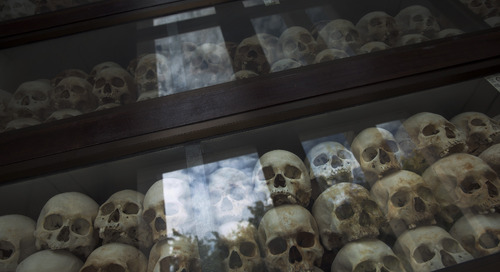 With the popularity of TV's Chernobyl, we look at safe, responsible tourism of former disaster zones 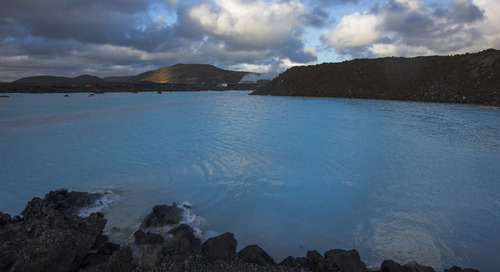 Chill out: The secrets behind three traditional 'spas'

International relaxation treatments that are worth travelling for