Home » The Looptail, The Travel Blog Powered By G Adventures » What is 'dark tourism'?
× Share this Article

I was at Wat Thmey in Siem Reap, Cambodia, and before me was a glass case full of human skulls. Nearby, similar large cases contained thousands of human bones piled on top of each other. These were the remains of some of the estimated two million victims of the brutal Khmer Rouge regime that ruled Cambodia under the dictator Pol Pot from 1975 to 1979.

Plaques and memorials surrounded these gruesome displays, telling the stories about who some of these victims were and the atrocities committed against them. As this was a monastery, memorial stupas and shrines also filled the space where people could pray and leave offerings. It was a somber moment, a somber place. I could barely look at the bones and felt sick to my stomach — yet, like the Holocaust or Rwanda and other genocides, they are important pieces of history that should never be forgotten or not faced because they are difficult. It is precisely for these reasons that people should visit them; both to bear witness to those lives lost and honour them, as well as to help ensure such dark parts of human history are not repeated.

Wat Thmey was quiet as my boyfriend, our guide, and I moved about in silent reverence. Until a tour bus came rolling to a stop in the parking lot, and dozens of tourists descended, chattering away loudly and pulling out their cameras for quick shots and even selfies. The subject matter on display did not seem to faze them. I quickly returned to the tuk tuk, unable to take the Disneyland-esque manner in which these tourists were treating a monument to the Killing Fields.

This is what is known as “dark tourism,” also called grief or black tourism: Visits to places that are historically associated with death and tragedy. More recently, it was suggested that the concept should also include reasons tourists visit that site, since the site's attributes alone may not make a visitor a "dark tourist." As my visit to Wat Thmey illustrates, these sites are important to observe — and there are clearly some ethical guidelines to keep in mind to witness thee places in a responsible, respectful manner.

Dark tourism, done right, is not to be confused with voyeuristic or exploitative sightseeing such as slum tourism. In fact, it’s been around as long as humanity; as far back as the Dark Ages, pilgrims have traveled to tombs and sites of religious martyrdom, as well as important battles and places of natural disasters such as Pompeii. This can result in modern people becoming custodians of history, in a way.

Be aware of bias

Professor John Lennon of Glasgow Caledonian University London, co-author of Dark Tourism — The attraction of death and disaster and a lecturer on the topic, says that such sites “act as the meeting place for history and visitation. In these locations, such tourist attractions become key physical sites of commemoration, history, and record. These tourism sites in some cases become one of the few remaining commemorative elements of victims and their testimonies.”

Lennon also warns, however, that the interpretation of such sites done by the tourism organization can be selective, possibly reflecting a dominant belief system and providing visitors with a narrative that may be positioned, augmented, and structured to engage, entertain, or discourage further inquiry. “In such cases the content and its narrative interpretation take on critically important values in understanding a shared past,” Lennon wrote in a 2017 journal article.

The most important aspect of visiting such places responsibly lies in the visitor’s intent. If you are there to learn and to pay respects, rather than checking off a must-do “attraction” or being more concerned about setting up the perfect Instagram shot, you will be doing the site justice.

Be respectful at all times

While this seems like it should go without saying, organizers at the Auschwitz Museum had to issue a plea for tourists to stop taking inappropriate selfies in happy-go-lucky poses at the former death camp.

Visitors to any such sites should maintain decorum by speaking in quiet voices, taking discreet photos if at all (really, no selfie is ever appropriate at dark tourist sites), removing hats, and wearing clothing that respects the place and local culture. Depending on the location, this can sometimes mean no shorts or tank tops, or women covering their heads and/or shoulders with a scarf. If you would like to visit some of these important, historic sites there are various types of themes you might discover in dark tourism.

Genocide/War: As I discovered with Cambodia’s Killing Fields past, ground that has borne witness to some of humankind’s most horrific acts can be places to remember history and honour the dead. Rwanda is another country where many genocide memorials exist that preserve and display the bones of the estimated 800,000 Tutsi killed by the Hutu majority in 1994. In Lebanon, the Tourist Landmark of the Resistance commemorates the 10-year anniversary of the withdrawal of Israeli forces after an 18-year occupation. When it comes to genocidal war sites, few places are more difficult than the WWII Nazi concentration camps such as Auschwitz-Birkenau, where an estimated 1,100,000 people were murdered. Today, a state museum exists as a memorial and museum devoted to their memory.

Natural Disasters: In April of 1986, the worst nuclear disaster in history occurred at the Chernobyl power plant in the former Soviet Union. Radioactive material spread across Ukraine, Belarus, and Russia, and more than 100,000 people were permanently evacuated (though many continued to suffer from radiation-related illnesses). Today, tourists can visit the Exclusion Zone — the abandoned area surrounding the reactor with ghost towns like Pripyat, Ukraine, which was deemed unsafe for human settlement for 24,000 years.

Crime: What’s the first thing that comes to your mind when you think of Sicily? If it’s the Mafia, you aren’t alone. Though the extensive organized crime network has been largely invisible to outsiders for decades, tourists can now visit sites such as luxurious villas once owned by Cosa Nostra bosses, or the hideout where Bernardo Provenzano (nicknamed "the Tractor" for his killing methods) was killed. The respected activist group Addiopizzo gives anti-Mafia tours, visiting shrines of people martyred by the Mafia and meeting with victims' families.

South American countries like Colombia also have a “true crime” dark tourism industry, where notorious drug lords such as Pablo Escobar ran massive cartels and made millions. Visitors flock to Esbobar’s grave in Medellin and his residential building, the Monaco — yet it’s very controversial, because much of the tourism surrounding this seems to glorify the cartel bosses rather than consider their victims and violence. A better bet is Memory House, a multimedia museum detailing the violence that plagued Medellin and Colombia for more than 30 years.

Political/Terrorism: Sites such as the place of President John Kennedy’s assassination in Dallas, Texas and the adjacent Sixth Floor Museum, housed in the former Texas School Book Depository building from which Lee Harvey Oswald fired the fatal shots, are well-done historical accounts.

In New York, the 9/11 Memorial commemorates the 2,977 people killed in the terrorist attacks on the World Trade Center towers on September 11, 2001. Many of the volunteer docents at the museum are family members of those victims, whose stories are told throughout.

The Berlin Wall in Germany is commemorated at the historical site at Bernauer Strasse, as well as a memorial that includes a monument, a Window of Remembrance, and a chapel meant for reconciliation where prayers are held regularly.

As Professor Lennon says, “Dark tourism, like our dark history, occupies an important part of our understanding of what it is to be human.” 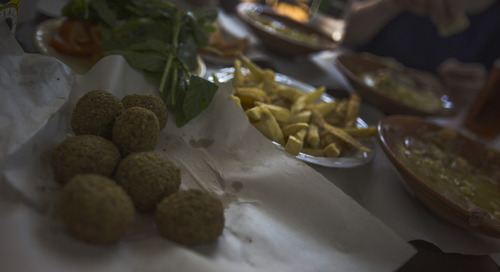 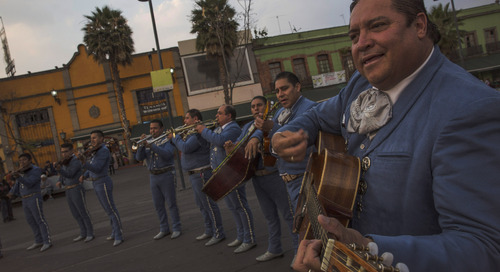 The enduring magic of Mexico’s mariachi