Home » The Looptail, The Travel Blog Powered By G Adventures » The Galápagos: Local life in the wondrous island archipelago
× Share this Article

A dark-haired boy stands atop the cliff, looking down into the sparkling blue channel directly below. He gives the thumbs-up to his friends sitting at water level on the rocks below. Then he takes a step back, makes one bounding stride, and leaps over the edge, landing in a great splash amid a chorus of cheers. It is a warm cloudless day, and the crystal clear waters of Las Grietas — reached by walking through lava fields dotted with cacti — seem like a perfect place to spend a sun-drenched afternoon on a day off of school. For a group of young teens, it is just another Saturday on the Galápagos Islands.

Home to lumbering land tortoises, comical blue-footed boobies, and prehistoric-looking marine iguanas, the Galápagos has long been a favourite destination for wildlife lovers. But for those who grew up on one of its five inhabited islands, its striking landscapes and bizarre animal life are all just part of daily life. A daily life that can sometimes take on comic overtones — at least when brazen sea creatures are thrown into the mix.

At Puerto Ayora's tiny seafood market on the waterfront, apron-wearing fishmongers are at work cleaning the day's catch, as brown pelicans inch their way around the perimeter, flapping their great wings restlessly in hopes of grabbing a stray scrap or two. Meanwhile, a barrel-chested sea lion clambers up from the shoreline and waddles past the birds to get a closer look at the glistening fish on display. The birds eye the interloper suspiciously, while the fisher-folk go about their work, largely ignoring the growing line of animals crowding around them (sometimes a long beak inching right under their elbow). Beside the stalls, locals gather in the evening at plastic tables in the open air and feast on some of the island's freshest seafood, cooked up at one of the onsite grills.

At the market and in many other places on the islands, locals have learned to co-exist with animal life. Around 2 PM, when the islands’ inhabitants have retired to cooler indoor spaces for a siesta, Puerto Ayora and other coastal enclaves can feel like settlements abandoned by humans to marine life. Sea lions bask on wooden piers, loll on sandy paths, and even hop onto unmanned boats bobbing on the water. When the humans return, the animals don't necessarily disappear. And this is one of the great unspoken wonders of the Galápagos — it's one of the few places on earth where human and animal life intersect in such surprising ways. Playa de Oro on the island of San Cristóbal has lovely golden sands, calm waters for swimming, and a beach-going crowd that's equal parts homo sapiens and zalophus wollebaeki. Young couples, ball-playing children, and sizeable groups of sea lions all share the sands, sometimes even cooling off in the water at the same time. On the other side of town, at La Loberia, surfers pick their way along a rocky shoreline where marine iguanas lie heaped in great black piles warming in the sun. Along the water's edge, orange and blue Sally Lightfoot crabs scuttle in and out of the surf.

Animal encounters are woven into the fabric of everyday life on the islands. But that doesn't mean locals take any of this for granted. Islanders are proud of their unique wildlife and sometimes celebrate it in remarkable ways. At Iglesia Cristo Salvador on Isabela Island, Sunday churchgoers face a rather unusual tableau above the altar. Above a palm-filled island landscape, Christ ascends in open-armed glory with wide-eyed blue-footed boobies and Galápagos penguins looking on. Those Galápagos penguins — the world's only penguin species that lives north of the equator — are regular visitors to the pier just east of town. As are local kids, who love to do flips off the docks and swim beside the biologically rich mangroves.

Those who grew up in the Galápagos tend to have deep roots. Born and raised on Floreana, Claudio Cruz could never imagine living anywhere else — just like his father, who was one of the first Ecuadorians to permanently settle on the island back in 1943. The island's tiny population (around 170 permanent residents) only adds to the mystique for him. “With so few people around, we always felt very free as kids,” Cruz says. That sense of freedom and awe of nature hasn't disappeared with today's generation. Just off a picturesque black-sand beach outside of Puerto Vasco Ibarra, two local boys are out swimming in the protected bay. It must be feeding time for green sea turtles as there are around half a dozen of them in the water. The boys take turns passing a pair of goggles between the two of them, gleefully following the elegantly gliding creatures out along the shoreline. The Galápagos can be a profoundly inspiring place, not least of all for those who grow up in such a magical setting.

See the Galápagos on a Jane Goodall Collection by G Adventures tour. This selection of 20 of our incredible, wildlife-focused tours endorsed by world-renowned primatologist, Dr. Jane Goodall has been designed to bring you into close, larger-than-life contact with the world’s animals, while at the same time, respecting their freedom. Let this collection of adventures introduce you to the world in ways you’ve never imagined. 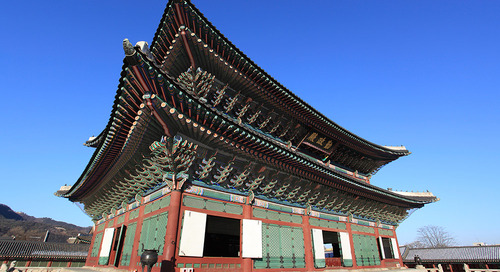 Immerse yourself in high-tech futurism or step thousands of years back in time in a country where modern-da... 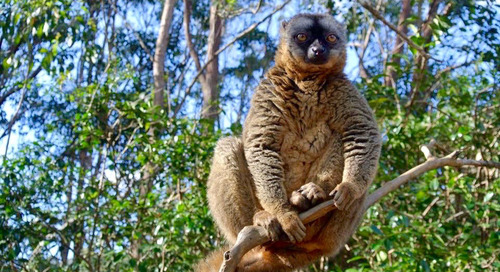 G Adventures’ own Kim McCabe travels to Madagascar in search of adventure and the country’s famous furry br...