Home » The Looptail, The Travel Blog Powered By G Adventures » The Wall of Tears in the Galápagos
× Share this Article

The Wall of Tears in the Galápagos

Famed for its extraordinary wildlife and pristine landscapes, the Galápagos seems synonymous with conservation — a wonderland for biologists and eco-minded travellers. But in fact, the archipelago served a far more sinister purpose less than a century ago.

On Isla Isabela in the western reaches of the volcanic island chain, an 8m- (26 ft) high wall of piled stones stretches for some 100m (328 ft) amid a hilly and desiccated landscape. The wall is the only vestige from a dark era of the island’s history: when prisoners from mainland Ecuador were shipped to this remote outpost, and made to toil under the harsh equatorial sun.

In the mid-1900s, Ecuador’s prisons were packed, and the islands seemed to offer a quick solution. Rather than build new jails, Ecuadorean authorities would simply ship out the “undesirables” to the sparsely inhabited archipelago, which in those days was viewed as an unknown and inhospitable site — the domain of pirates, eccentrics, and the exiled. The Isabela penal colony was in fact the third such place on the islands: Floreana and San Cristóbal had as well been used as prison colonies in the 19th century. Little infrastructure was required for these open-air prisons. With strong currents and weak winds surrounding the islands, there seemed little hope of escape.

Some 300 inmates, overseen by 30 guards, arrived in 1946 following the end of the Second World War to establish a penal colony on the southwest reaches of the island. A hastily built site was erected using the wooden buildings left behind by American soldiers posted here during the war. With little to do, prison wardens invented arduous tasks to occupy the men. And so was born the idea of creating a wall — one that would actually serve no purpose, and inflict untold punishment on its ill-equipped builders. This was said to be the place where “los valientes lloran y los débiles mueren” (the strong cry and the weak die).

Contemplating the towering, asymmetrical wall, one can imagine the suffering experienced by those who’d been forced to build it. The heavy, jagged rocks, lugged one by one from a distant quarry, must have cut into weary shoulders, and working under the sun’s relentless rays for long hours, the labour would quickly turn into a fiery, sun-baked torture. As the wall rose, sudden collapses seemed inevitable, crushing the unlucky few who weren’t quick enough to dodge a rock-laden avalanche. Even minor injuries could have life-threatening implications in a place so far from even rudimentary medical care. Add to this the dismal living conditions of camp life: water and food supplies were inadequate (in the early years of the colony, there were dire food shortages, until the modest success of later farming attempts), and tuberculosis and other diseases ran rampant. Rather than “islas encantadas” (enchanted islands) as they’d been called by Spanish sailors in the 16th century, prisoners here probably would’ve used something more along the lines of “islas del infierno” (islands of hell).

The name later given this back-breaking enterprise seems altogether fitting: Muro de las Lágrimas (Wall of Tears). From a nearby hill, one can see the imposing structure stretching off toward the horizon and fading to nothing amid dry twisted shrubs and prickly cacti that blanket the parched soil. An eerie quiet seems to hang in the air, with only a faint breeze blowing across this desolate outpost far from human settlement: it’s 6km (3 mi) along a rock-strewn sandy road past lounging marine iguanas and the odd land tortoise to the small town of Puerto Villamil. Though the penal colony is gone (closed after just 13 years in operation), the memory of those who once toiled here lives on as a monument to human suffering — a rock-walled scar of darker days on Isabela Island.

G Adventures runs a number of departures in the Galápagos encompassing a wide range of departure dates and activities to cater to different tastes. We’re thrilled at the prospect of showing you this big blue planet of ours — check out our small group trips here. 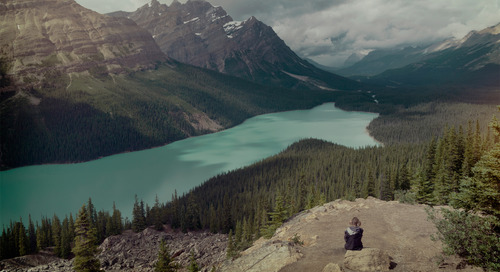 From cosmopolitan city centres to the heart of the Canadian Rockies, the 1,000km drive from Seattle to Banf... 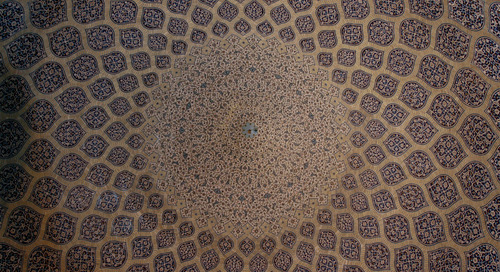 ‘It’s Dangerous’ and other misconceptions about travel to Iran

Travel blogger Becki Enright dispels some common myths and misconceptions about travel to the modern day Is...