Home » The Looptail, The Travel Blog Powered By G Adventures » Touring Japan with my mother (again): A personal act of love and self-torture
× Share this Article

When I decided to accept an offer for my dream job — a media reporting fellowship in New York City — my first thought was, “Am I doing the right thing?” The second thought was that I needed to tell my mother we could finally return to Japan.

Five years ago, my mother and I went on our first trip there, after spending two weeks in Hong Kong. My mother showed me where she grew up and, in return, I planned an itinerary for two weeks in Osaka, Kyoto and Tokyo I hoped she would remember for the rest of her life. After seeing thousands of bright red maple leaves among some of the country’s best temples and shrines, my mother told me, “It would be great to come back in the spring for the cherry blossoms.”

With my new job’s vacation time policy, I could finally make this wish come true.

This time, I planned for us to see seven cities in sixteen days. I knew there would be a lot of walking, public transportation, and at least one long hike. While many 68-year-old retirees might not voluntarily sign up for that, I figured my mother would be up for it; her current fitness schedule includes dance and aerobics classes, daily walks with the family dog, and weekly badminton games. If anything, I figured I would have trouble keeping up with her.

Even before we had landed at Haneda Airport near Tokyo in late March, it felt like we were rushing to catch up. Unusually warmer weather meant the famed flowers were in full bloom a week earlier than normal. So on our first night, my mother and I hustled out of our hotel to gawk at the blossoms in the streets.

The next morning, we went back to Ueno, and then walked around the Meguro River. In both places, large trees surrounded us, their branches fully adorned with flowers. Dozens of food stalls had also been set up, with vendors eager to take advantage of the flowers’ popularity. We had arrived in Tokyo just in time, as soft breezes easily caused thousands of the flower petals to fall around us.

I had pre-purchased two-week Japan Rail Passes for the shinkansen, the high-speed bullet train, which made travelling around much easier and more comfortable. But in one instance, in my rush to find and decipher the bilingual display boards for our next route, my mother thought she lost me. I was standing right behind her, but I will never forgot the look of panic on her face and the sound of anger in her voice for making her feel that way.

Despite arming myself with an international SIM card and several online travel guides, there were still plenty of mixups. Many times I told my mother to board a local bus, only to discover we were going in the wrong direction.

Having seen most of the major sights already, my mother and I focused our three full days in Kyoto on top cherry tree locations and revisiting our favourite places. They included the Nishiki Market for snacks, souvenirs, and fist-sized chunks of grilled black cod; the golden temple at Ginka-kuji; the blossoms at Maruyama-koen Park and along the Philosopher’s Path; as well as the Arashiyama Bamboo Grove and the persimmon gates at Fushimi Inari.

We soon learned there were dozens of varieties of cherry trees, with flowers that ranged from a single layer of white petals, to weeping trees with light pink flowers, to multi-layered darker ones that grew in clusters. My mother became picky, preferring to see large, trees in full bloom whose appearance had not yet suffered from rain, wind, or nearby traffic.

Our unlimited bus passes (600 yen per day) were especially useful when we passed the Kamo-gawa River, where we spotted massive cherry trees adorning both sides of the waterway but only a few locals. After quickly scrambling off the bus, my mother and I wandered around, totally free to stare and take pictures.

We were also lucky to stumble upon Shigetsu, the acclaimed vegetarian Zen dining room inside Tenryu-ji. It normally requires a reservation, but we were able to snag spots for its seven-course lunch (3000 yen).

Seeing three or four sights into each day, plus transportation, meals and snacks, would often tire my mother out. One particularly intense day included six hours of walking, covering more than 13.5 kilometers, spanning more than 26,000 steps. Even with comfortable running shoes, it was no surprise her feet still hurt.

But not every day involved as much trudging around on foot. A day trip to Nara let us feed docile deer with special crackers, take in an enormous black Buddha inside the Todai-ji temple, and enjoy a phenomenal meal at the tiny, reservations-only Terakawa.

It was also worth visiting the war monuments at Hiroshima, to view the remains of the dome and the several places marking the many children who died from radiation-related diseases. The train ride home also gave us a chance to relax and take a nap.

Hiroshima was also where I discovered that my tendency to overpack is genetic. “I’m getting old,” my mother told me, complaining of pain across her body. When I picked up her purse, a purple tote with narrow handles, I realized it easily weighed 12 or 15 pounds. Inside was her wallet, her cellphone, an iPad, a battery pack, a package of nuts, a Ziplock bag of ginger candy, feminine products, an ultralight down jacket, and a fleece zip-up. Sometimes, she also packed a scarf. After shoving most of the items in my backpack, she felt better.

Sometimes in my efforts not to burden her with stress, other things would get lost in translation. Mom wanted to see a place called Mount Yoshinoyama, a mountainside in the province of Nara famous for having a high concentration of cherry blossoms. But travel guides said it would take a multiple trains and a bus to get there, spanning several hours of travel. I worried it would be too much of a hassle, but didn’t want to disappoint her.

We went anyway. Many of the trees at the lower level were past their peak, but much of the middle and top area were still filled with blooms. Even with a long walk up a winding road and large crowds, my mother’s face glowed with happiness.

She had less fun in the northern town of Kanazawa. While my mother and I had one of the best seafood meals of our lives in a restaurant adjacent to the main train station, the city was unusually cold and rainy the two days we were there. A quick trip to the local Uniqlo gave my mother some much-needed extra layers as we toured Kenroku-en, one of the country’s most famous gardens, and gazing at more cherry blossoms trees lining the city’s streets.

Our final days in Japan coincided with a last-minute visit from my friend Helen, which led to a surprise reservation to the New York Bar at the Park Hyatt Tokyo for cocktails, bar snacks and its epic views of the city.

The next morning we woke up early to go to the Tsukiji Market. There we slurped iPhone-sized oysters, purchased beautiful, inexpensive pottery, and ate fresh, raw tuna in the inner market right before it closed at 11am. Mom also loved the slices of sweet, layered omelettes and the flame-cooked abalone. But the best surprise was finding a man selling dozens of whole dried persimmons. We purchased 20 of them without hesitation before setting off for an overnight trip to the small resort town of Hakone. It required several trains, a cable car, and the discovery some hot springs really can feel make you like you’re being boiled alive.

Our last two days in Tokyo included a lot of sights and tastes, with the last cherry blossoms in full bloom near Meguro Station, devouring Neapolitan-style pizza and beers at Seirinkan, back to Tsujiki Market for grilled eel on rice, wandering around the world’s largest Uniqlo store in Ginza (12 floors!), digging into a plate of tonkatsu (deep-fried pork) nearby at Bairin for lunch, walking through the Shibuya crossing, and waiting 30 minutes for dipping ramen noodles at Rokurinsha.

With this trip, I've now taken my mom to see dozens of historic sights. When I tell people our longest trip was a month, jaws often drop. "I love my parents," they often reply, "But not that much."

I could have gone on these trips with my sister or my boyfriend. But my mother’s love, sacrifices, and example are the reasons why I am a good person and have achieved so much in my life. I may not be able to buy her a house, or give her lots of expensive things. But I can travel with and take care of her. It feels like the least I can do.

Want to see Japan for yourself — maybe with a family member? G Adventures can get you there. Check out our small group tours to Japan here. 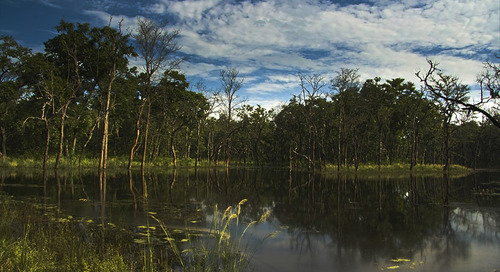 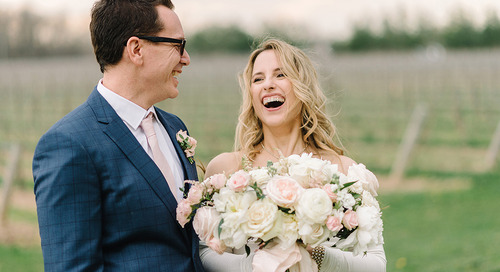 How Far Will You Go? Meet our winner!

Craig Reynolds bared it all for a G Adventures trip