Home » The Looptail, The Travel Blog Powered By G Adventures » Trentodoc: A sparkling sip of the Italian Alps
× Share this Article

Trentodoc: A sparkling sip of the Italian Alps

Just below the craggy peaks of the Dolomites — with roots reaching deep into a diverse array of soils and gnarled vines curling up toward the sky — clusters of white and purple grapes ripen beneath the Italian sun, destined to become Trentodoc, the sparkling wine of the mountains — bollicine di motagna.

The mountains are significant for several reasons, starting with flavour. Every wine reflects a taste of place: the terroir that imprints onto the palate, revealing qualities transmitted by soils, climate, and light, processed according to age-old traditions that transform juice to wine. Trentodoc stands on higher ground than most other sparkling wines from the perspective of geography and, increasingly, quality. While other countries also boast of mountain wines, none are as “geographically cohesive” as Trentodoc, writes Tom Stevenson, the founder of the Champagne and Sparkling Wine World Championships. “The snow-capped Dolomite mountains represent the most influential factor in determining [their] quality and style.”

A three-year study led by Fulvio Mattivi, a professor at the Edmund Mach Foundation, confirms what can be tasted in the glass. Of the 1,700 aroma compounds he and a team of researchers identified in select wines, those found in higher concentrations in Trentodoc were directly connected to the different microclimates of Trentino. Most notably, this included higher levels of terpenes, compounds that are typically described as floral and herbaceous, with notes of rose and coriander.

Trentodoc is made with Chardonnay, Pinot Nero, Pinot Bianco, and Pinot Meunier grapes — the same found in Champagne — and grown on steep plots 200-800 metres above sea level, against the breathtaking backdrop of the UNESCO World Heritage mountain range: eighteen peaks stretching across the Italian Alps that are home to some of the most important fossilized atolls in the world. What would eventually become the Dolomites started as ancient coral reefs submerged in a shallow sea some 250 million years ago. When African and European tectonic plates later collided and massive amounts of sediment were forced upward, the biodiverse, tropical waters became the glacial limestone mountains we now know as the European Alps. As a result, these summits hold some of the world’s best examples of fossilized reefs and tropical environments of the Mesozoic Era.

This the ancient continental clash is expressed in the wine’s terroir. From the region’s soils — ranging from volcanic to glacial to limestone — to the valleys’ microclimates. Grapes mature under warm, humid Mediterranean temperatures in Valle dei Laghi but are subjected to glacial winds and the impacts of elevation in Val di Cembra. This diversity is important, says Stevenson, but the “dominant mountain influence” is the diurnal shift in temperatures between day and night. “When the grapes are suddenly immersed in chilly air, their metabolism stops in its tracks, preserving the acidity above and beyond the level found in the same variety at the same point of ripeness elsewhere. The reverse happens during the day, when the wind again changes, this time bringing in warmer air from lower elevations, allowing the ripening process to continue.” This shift results in wines Stevenson describes as “cool, fresh, crisp, and crunchy.”

“Trentino is a region born to make Trentodoc,” says Sabrina Schench, director of the Istituto Trento DOC. “We are not a region made for reds, like Chianti or Super-Tuscan or Barolo. It’s not the climate or territory. And we are not industrial people. We are connected to this ground, this place.”

This relationship started more than a century ago and can be traced back to Giulio Ferrari, a wine merchant who studied oenology at the Istituto Agrario di San Michele all’Adige (today, the Edmund Mach Foundation) at the turn of the 20th century. After multiple visits to France, Ferrari realized that the region he called home was perfectly suited to grow Chardonnay — the foundational grape of Champagne — and that he could create a wine to rival those world-class bubbles. So, in 1902, he set out to do just that, using the same technique of secondary fermentation and aging in the bottle (known as méthode champenoise in French and metodo classico in Italian) that he had learned in Épernay, the small town in northeast France where the Champagne industry had taken hold. Just four years later, Ferrari’s wine won a gold medal in 1906 at L'Esposizione Internazionale del Sempione (the first World Expo held in Milan) — the first of many accolades for the company.

Because Ferrari did not have any heirs, in 1952, he sold his company to Bruno Lunelli, the owner of a wine shop in Trento. The two worked together to produce sparkling wines until Ferrari’s death. In 1969, Lunelli’s sons took over the company and, today, Ferrari Trento is helmed by the third generation of Lunellis: Marcello, Matteo, Camilla, and Alessandro. The company was crowned the 2019 “Winery of the Year” by Gambero Rosso, one of the most respected wine guides in Italy.

Ferrari is among a handful of wineries that dominate production of Trentodoc, but there 51 producers in total — mostly family-owned, working on small plots across 74 municipalities, in areas that are among the most expensive wine regions in Italy. They produce sparkling wines that adhere to strict protocols that are part of the Vino a Denominazione di Origine Controllata, or Controlled Denomination of Origin (DOC) status that Trentodoc received in 1993. This includes rules around the varieties and origin of grapes used and requires secondary fermentation in the bottle (to enhance effervescence), lees aging (to elevate the structure and depth of the wine), and specific maturation times (from 15 to 36 months) that also deepen aromas and complexity.

The vineyards in Trentino only make up about 2% of Italy’s vineyards. It is a land covered with forests, dappled with apple orchards and well suited to raising livestock. Only 8 percent of the growing region is dedicated to growing wine, and there isn’t a lot of room to increase production — and that is why there has been a concentrated effort on quality. Trentodoc was among the first wines in the world (after Champagne) to use the higher quality and more labour-intensive metodo classico style of production. Despite the fact that the vineyards are located at lower latitudes than the Champagne wine region, it is the sparkling wine that comes closest to approximating the climactic qualities of northeastern France because of higher, cooler altitudes. But, producers stress, they are a wine unto themselves. And that is a truth evident in the glass: an effervescent white or rosé, with notes ranging from citrus fruits and golden apples to bread and honey, enlivened by minerality and acidity.

One of the most magical things about being a traveller is being able to discover something new in a place with long traditions. Despite more than a century of history, less than 20% of Trentodoc leaves Italy, which means there is much to explore. “The quality of the wine has increased a lot,” says Roberto Anesi, a local restaurateur and award-winning sommelier, “but that is because of the mentality and strong cooperation between the people behind it.” This what Trentino has to offer: forests, mountains, glaciers, lakes, and delicious sparkling wine—and the community that celebrates it. The place is in the taste.

Want to try a glass of Trentodoc? Your best chance of finding some is going straight to its country of origin. Check out our small group tours to Italy here. 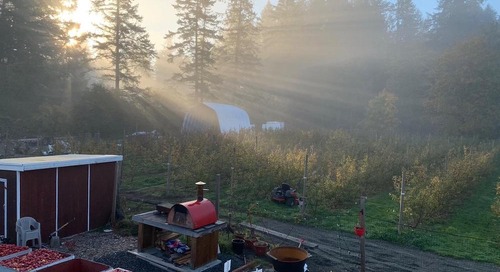 On Canada’s West Coast, fermented apple juice is taking off 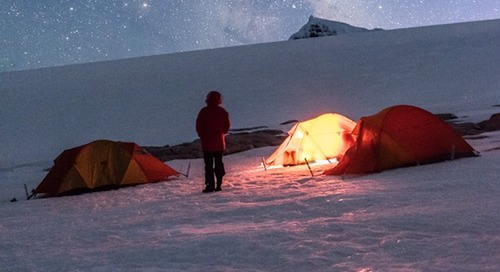