Home » The Looptail, The Travel Blog Powered By G Adventures » Uncover the unique beauty and culture of Mozambique
× Share this Article

Uncover the unique beauty and culture of Mozambique

Africa… what a continent! There is so much diversity and so much magic there. The first thing that probably pops into your head when you think about Africa is the beautiful wildlife, including the famous “big five,” African dances filled with drums and laughter, the smell of bushfires, and the sounds of the wide-open spaces like the distant cry of a hyena or a wild dog in the night.

Being South African, I could easily spend countless hours telling you about that part of Africa. No matter where you go, you will discover unique cultures and beauty around every corner. One place that stands out in my mind and is very dear to my heart is the stunning country of Mozambique. It lies in the southeast part of Africa and can best be described as paradise.

One of the few Portuguese speaking countries in Africa, Mozambique was originally inhabited by the San Gatherers. In the late 1400s, it was colonized by the Portuguese and Arabs and now remains part of the Commonwealth — though it has never been under British rule. Mozambique has had its share of obstacles to overcome including a civil war that only ended in 1992.

But I would like to focus on present day Mozambique. Imagine driving on roads lined with coconut trees while passing through villages where locals sell freshly roasted cashew nuts, ground up coconut for flour, or an incredible homemade spicy piri-piri sauce. Women wear brightly coloured capulanas (colourful pieces of material with various patterns worn around their waists or heads) while greeting everyone with the biggest and brightest of smiles. I’m not sure about you, but in my world a smile is the universal language we all understand.

Besides the amazing culture, Mozambique’s natural beauty is beyond comparison. Think of beaches so untouched that you find little crabs freely running around on the powder white sand. The water is so vibrant it feels like you can see right to the bottom of the ocean. Speaking of, Mozambique is home to a whole different world that lays beneath the sparkling turquoise waters. Underneath lies some of the most spectacular coral reefs and underwater sea life I have ever seen. To name just a few of these creatures, there are five endangered species of sea turtles, bottlenose and spinner dolphins, sunfish, humpback whales, manta rays, gigantic and amazing whale sharks, and even the highly elusive dugongs.

Throughout my career as a Chief Experience Officer with G Adventures I have been fortunate enough to have done some incredible things. One adventure that will forever remain one of the most memorable was the day I got to snorkel with a whale shark off the coast of Tofu, Mozambique. It is hard to put into words how remarkable it felt to feel so small swimming with the gentle giant of the ocean. The reefs off of Tofu Bay offer the visitors the opportunity to snorkel with manta rays and whale sharks all year round. The high season where whale sharks are most prominent runs from November until May, but sightings are regularly made throughout the rest of the year.

Moving further north up the coast to another magical spot, Vilanculos is home to the beautiful coral reefs of the Bazaruto Islands. Here you can witness the swift movements of a manta ray while snorkeling and diving in picture perfect paradise. It is in the Bazaruto Islands that you can sail in a traditional Dhow Safari. A dhow is a traditional sailboat that the locals use for fishing and transportation between the islands. The Dhow Safari Experience is so special because while you relax and enjoy the warm currents of the Indian Ocean, you will have your very own chef on board cooking on an open fire pit right beside you. It truly is a memorable experience and one that you will take with you long after you return home.

If you have travelled with G Adventures before, you are probably familiar with the idea of embracing the local cultures and supporting local businesses. Mozambique is no exception. From staying in the most unique accommodations nestled in breathtaking spots to supporting community projects, Mozambique has something for every adventurer and will leave you feeling like you found an undiscovered gem. 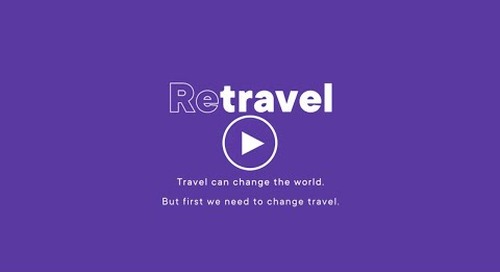 Top five things we learned from Retravel Live: An important conversation about Travel

How we can help change travel. 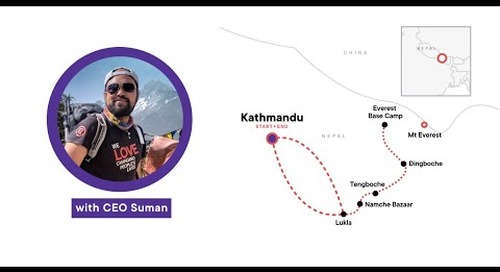 Everest Base Camp, without the altitude