I was in that magical travel space where I did not know — or care — what day it was. I’d spent the week at a friend’s old farmhouse in Tuscany. In summer, the house was used for creative retreats, but in winter, it was quiet. The two-storey stone building was heated only by two wood stoves, so we stuck to the tiny downstairs den, or we pulled our chairs up to the stove in the big room upstairs. There was no Wi-Fi, and because of our location at the end of a dirt road, the Internet was intermittent and slow. We drank coffee and talked, and sometimes I went to my room and napped, and then one morning, we decided to go to Venice.

Venice was on the way to Austria, where I had been living at the time; my friend and I were going back there together. For reasons that later became clear, there was no availability in the city for us to stay, and so we were only able to stop in Venice for a few hours. We would eat lunch, walk along the canals, pick one or two major sights to visit, then, board the train for the rest of the trip to Austria.

From my window seat on the train, I saw the shape of Venice appear on the skyline, exactly like a Turner painting from the early 18th century. The English painter must have arrived on a hazy morning, as I did, so familiar did the city appear — I knew the silhouette of the dome and the bell tower, the boats tied up along the piers. I’d wanted to go to Venice for so long, and here I was; the glittering water, the delicate architecture, the gondolas, right in front of me. A dream made real.

We took the vaporetto (water taxi) across the canal and wandered onto the Piazza San Marco. We paid the admission to see the cathedral and its splendid mosaics, then began to walk, with no destination in mind. The first sign that something “was up” appeared not far from the plaza. It was a man in pumpkin-coloured velvet breeches and jacket, lace cuffs dangling. He stood motionless, an elbow resting on bent knee, one hand extended, his face covered by a white mask.

“Come on, vogue,” I thought, Madonna’s 1990 hit playing in my head. “Strike a pose, there’s nothing to it,” and then, I noticed them appearing everywhere. Couples in powdered wigs, hers pinned up high, his loose, hanging over his shoulders, both of them in fleur-de-lis patterned brocades, or tall silent beings in sackcloth, or Pulcinella — a kind of clown — all in white with a black mask covering the top of his face.

It was the first day of Carnevale — that’s why we’d had so much trouble finding train tickets and hotel space. But here we were, watching the streets of Venice transform into a costume party where a woman could fill a narrow alley with her blue velvet skirts, making it so you must wedge yourself into a doorway so she can swish past. First, I did not know what day it was, then, watching the streets of Venice fill with masked visitors in luxurious period costumes, I did not know what century it was.

Carnevale started as a victory celebration for the Republic of Venice, though there are earlier references of a similar festival prior to Lent — a “let’s go crazy” celebration before the season of giving up butter and bacon. The Venice Carnevale was the party to be at during the Renaissance. But it wasn’t always encouraged. In a play to keep the people controlled (and from getting freaky with their masks on) Napoleon shut the whole thing down in 1797. During that time, Carnevale became more of a private party event — and it spent many years underground, not observed in a public way. It started to resurface in the late 1950s, and in the ’70s, the City of Venice put muscle and money behind it, as both a cultural revival and a way to attract visitors. Now it’s huge — as many as 3 million people come for Carnevale each year.

Don’t let the crowds put you off, though. These aren’t just any crowds. They’re crowds of imaginary beings — of court jesters and princesses and flirtatious dukes in pumpkin-coloured velvet, their faces hidden behind any variety of masks. Those masks are an important part of the Carnevale tradition. They’re meant not just to hide the wearer’s identity, but, in more traditional eras, the masks blurred the lines of society. A milkmaid could kiss a prince, the stable boy could speak saucy words to the duchess, and no one would be the wiser as to whom was who. You could speak — or act — your mind and get away with it. Just for a little while.

I visited for one brief afternoon, at the very beginning of this most famous of festivals, and over the course of the few hours I was in Venice, I watched the city change from what is already a magical place, what with the delicately arched bridges and the reflective waters of the canals, to a place of theatrical surrealism. It was impossible to predict what would be just around the corner. As the sun dropped in the sky, we headed back across the canal to the train station. Our northbound train was spilling more and more costumed characters into Venice. It was so dreamlike to stand there in my jeans and sweater while a satin covered jester walked past me, pulling a wheeled suitcase behind him. I was going the wrong way. You won’t make that mistake.

Take the Winter in Italy with Venice Carnival and see this unique festival for yourself. We’re thrilled at the prospect of showing you this big blue planet of ours — check out our small group trips here. 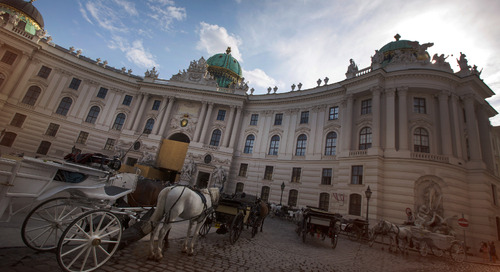 Experience what Berlin, Prague, and Vienna have to offer with Daniel Noll and Audrey Scott, advocates of su... 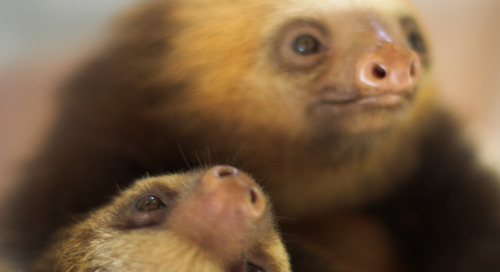 Wildlife is often at the top of the list of reasons to travel to Costa Rica. Here’s how to responsibly get ...