The rainforest is noisy with life — leaves rustling, insects chirping, exotic birds making strange calls to one another. There are also sounds that are difficult to identify; and while the surroundings from the treetop canopy to the forest floor are teeming with activity, one must look closely into the dense vegetation to actually spot the well-camouflaged animals who make this place their home.

Here in Costa Rica, more than a quarter of the total land area is protected as biological reserves, wildlife refuges, and national parks. The country’s pristine, verdant tropical ecosystems are home to some of the most diverse flora and fauna in the world.

One of the most thrilling ways to experience such a place is in the footsteps of a great conservationist, researcher, and animal advocate such as Dr. Jane Goodall. More than a half-century ago, Dr. Goodall began her pioneering research with chimpanzees in Tanzania, and her legacy has left an enduring mark on scientists and wildlife lovers alike ever since.

The Jane Goodall Collection offers travellers the rare opportunity to visit the planet’s wild places in a way that provides close-up, larger-than-life encounters with animals — while at the same time ensuring that their natural habitats are protected, fostering a deeper understanding of them and their environments, and empowering local communities. Twenty of G Adventure’s tours are included in the collection, all endorsed by Dr. Goodall.

In Costa Rica, two tours are available to explore the Central American country and its wildlife, including:

Tortuguero National Park, in the northeast corner of the country, is the nesting grounds for loggerhead, hawksbill, leatherback, and green sea turtles. Here, they dig their nests and lay their eggs. Once hatched, it’s an incredible sight to watch these tiny, brand new beings race across the sand to make their way into the sea in a valiant struggle for life. Years later, the turtles will return to this same spot to give birth to the next generation.

Turtles are generally endangered — especially the green sea turtles, which neared extinction due to hunting and poaching of their eggs. That’s why G Adventures follows a strict Animal Welfare Policy as an essential part of its commitment to responsible tourism, making sure that there is only positive interaction between animals and humans.

Strongly associated with rainforests, there are a variety of these intelligent and curious creatures in Costa Rica. Howler monkeys are one of the most active, appropriately named as their loud cries are often heard echoing off the mountains even when they can’t be seen. These peaceful vegetarians travel through the canopy, alongside spider monkeys — one of the most intelligent species. Their long, slender arms and tails, accompanied with their alert, almost impossibly cute faces, make them a favourite to watch when spotted.

Capuchin monkeys live in groups of around a half-dozen to two dozen, and can sometimes be aggressive. They are agile and curious, with an omnivorous diet that includes birds and lizards along with fruit and leaves. And a different, although related, species, sloths are also found throughout the country.

Many of Costa Rica’s monkeys have fallen victim to deforestation, electrocution where power lines have been built through their habitats, and poaching (adults are often killed to obtain their babies). The legacy of Dr. Goodall’s work, along with responsible tourism, helps to protect these and other species.

Modern dinosaurs, such as crocodiles, caimans, snakes, iguanas, and lizards, roam the trees and ground of the jungles, and are fascinating creatures. The larger species of crocodile can live for 60 years or more, and they are incredibly parental with their young. Lizards can run the range from small geckos to the green iguana, which can reach lengths up to 7ft (84 in) and weigh more than 20lbs (9 kg).

Two of the most fun and interesting reptiles are the ctenosaur, which set a Costa Rican sprint record with speeds up to 35km (22 mi) per hour, and the plumed basilisk, which can run on top of the water as far as 65 ft (780 in) at a stretch.

Costa Rica is packed with tons of exciting activities, when you aren’t busy observing wildlife. Boat rides, zip-lining, jungle walks, kayaking, coffee farm tours, cooking classes, rafting, and waterfall rappelling — not to mention simply relaxing in a pool, hot springs, or a comfy hammock — are all on the agenda.

See the Costa Rica on a Jane Goodall Collection by G Adventures tour. This selection of 20 of our incredible, wildlife-focused tours endorsed by world-renowned primatologist Dr. Jane Goodall has been designed to bring you into close, larger-than-life contact with the world’s animals, while at the same time, respecting their freedom. Let this collection of adventures introduce you to the world in ways you’ve never imagined. 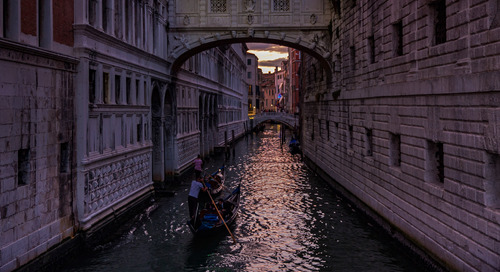 Travel to a Venice where a milkmaid could kiss a prince, the stable boy could speak saucy words to the duch... 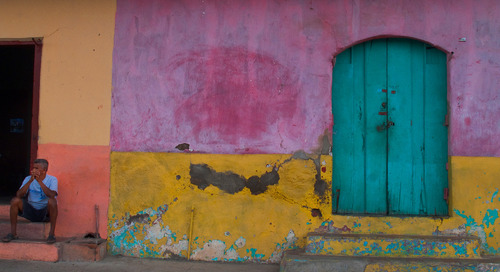 Nestled on the shores of Lake Nicaragua and brimming with colourful buildings, Granada’s sure to hold your ...