Home » The Looptail, The Travel Blog Powered By G Adventures » Waking up to Gorilla Coffee in Uganda
× Share this Article

Waking up to Gorilla Coffee in Uganda

The monochrome mural of a silverback peers from behind whirring espresso machines at Gorilla Conservation Cafe in Entebbe, Uganda, a hip, downtown hangout that could easily fit into New York or London.

The same enchanting face emblazons bags of roasted arabica beans stacked on shelves, the fruits of a social enterprise that’s benefitting both gorillas and their human neighbours.

“Kanyongi" — the name of the gorilla in question — "was one of my favourite mountain gorillas,” explains Gladys Kalema-Zikusoka, a Ugandan veterinarian and modern-day Dian Fossey, who launched the Gorilla Conservation Coffee project as an arm of her NGO Conservation Through Public Health.

Kanyongi's troop, Mubare (or M-group), were the first habituated gorilla group introduced to tourism 25 years ago this April. But sadly, earlier this year, Kanyongi died from injuries sustained in a fight with a rival silverback, causing the group to fragment and leading to their temporary removal from tourism.

“I knew Kanyongi since he was born 20 years ago,” says Gladys fondly, studying the image which also appears on T-shirts for sale. “He was a playful silverback who always liked interacting with tourists.”

Fittingly, the team decided to name its first blend after the silverback, allowing his spirit to live on in a project likely to change the lives of many.

How can a double espresso help save gorillas?

A wave of densely forested hills rolling into misty skies, Bwindi is home to several of Uganda’s habituated gorilla groups — along with a rapidly increasing human population. With these neighbours coming into closer contact, it became apparent there was a need to alleviate any building pressures.

“Not everyone in the region can benefit directly from tourism,” explains Gladys, who was awarded the Golden Jubilee Award for distinguished service to the nation as a conservationist. “We’re working with farmers who sometimes poached to meet their basic needs. Our goal is to get them totally away from poaching.”

There’s a long history of coffee production in Uganda, although most farmers concentrate on the bitter robusta bean which is easier to grow. CTPH is encouraging farmers to improve methods and shift to arabica, a higher grade and more profitable coffee on the international market.

“During our first training sessions we realized the farmers all knew how to do it properly; they were just taking shortcuts. We told them that if they did it properly, we’d guarantee a premium price.”

In a market where prices fluctuate, it was an appealing proposition.

A portion of the final sales of coffee beans is donated to gorilla conservation, but an even greater result is an improved attitude from the community towards wildlife. Tourists, who can buy beans from lodges in the area and even Entebbe International airport, form a bulk of the consumer market – and their very presence relies on the existence of gorillas.

Seen the wildlife? Now go on a gorilla safari.

Reviving farmland which lay idle in his family generations, Sam is one of the 70-plus farmers currently benefitting from the Gorilla Conservation Coffee. Clambering down steep muddy slopes in the hills outside town, he excitedly shows me some of his plants and invites me to pick the ripe red cherries.

Sam, who is chairman of the Bwindi Coffee Farmers’ Co-operative, has just launched a one-hour coffee safari in conjunction with CTPH, inviting tourists to find out exactly how the bean to cup process works.

“I’m learning better techniques and every harvest I have a higher yield,” he tells me as we watch fresh cherries selected using a simple water system (the bad ones float to the top), and continue to see a fermented mixture pulped and dried. All the work here is done by hand.

Everyone — no matter how small their patch of land — is now interested in coffee production. “My wife, Juliet, has her own plot,” says Sam, admitting, “It’s much better than mine!”

And what about the gorillas?

“They do come,” laughs Sam. “But not very often. If they do, we get a member of HUGO (another initiative set up by CTPH) to chase them away.

More than anything, Sam is proud to drink his own coffee on his own farmland — an experience he invites me to share. “I’m very happy I can do this,” he says, sipping the thick back liquid heated on a stove. “It’s very special.”

I have to agree. And the coffee’s pretty good, too.

Ready for a trip to Uganda? G Adventures can get you there. Check out our small group tours to Uganda here. 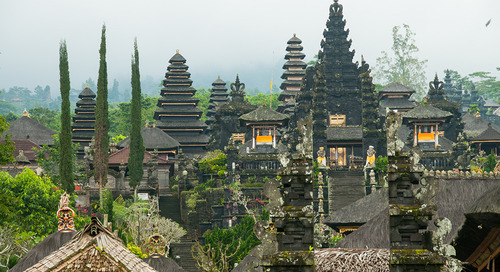 5 temples to visit in Bali

Plus: some essential etiquette for when you go 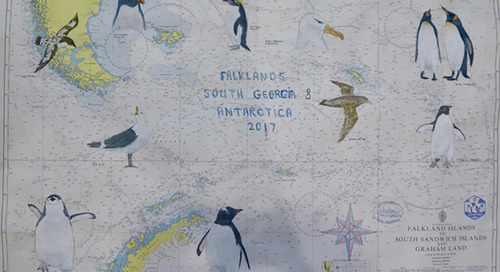