Home » The Looptail, The Travel Blog Powered By G Adventures » 10 women who have changed the way we travel
× Share this Article

10 women who have changed the way we travel

On March 8, communities around the globe will celebrate International Women's Day by recognizing the value, power, and achievements of women across the world, while acknowledging the work that still needs to be done as we strive towards a fair and equitable society. This week on the G Adventures blog, we'll be looking at stories of women in travel, from game-changers to those who have been empowered by travel as a force for good. First up: 10 women who have changed the way we travel, whether through breaking boundaries, establishing new industries, or simply inspiring other women to follow in their footsteps.*

In 1890, Bly, an American journalist, completed her 72-day journey around the world. It was meant to take 80: Bly had suggested she take the journey to her editor at the New York World in an effort to turn the fictional book Around the World in Eighty Days into fact. Bly started and ended her trip in New Jersey; she met Jules Verne, the author of Around the World, near the beginning of her journey, in France.

In 1766, Jeanne Baret boarded the expedition of Louis-Antoine, Comte de Bougainville in disguise as a man, and using the male name Jean Baret; 11 years later, when she returned to France, she became the first woman to successfully circumnavigate the globe.

Coleman became the first woman of African-American and Native American descent to hold a pilot's licence, in 1921. At the time, American schools didn't admit women or Black Americans, so Coleman travelled to France to obtain her license: "The air is the only place free from prejudices," Coleman is quoted as having said.

Stark was the first Westerner to visit the wilderness of western Iran, and travelled extensively throughout the Middle East throughout the 1930s and after the Second World War. She wrote dozens of travel books on her journeys through the region, which were published between the 1930s and 1980s.

The renowned primatologist and conservation advocate Jane Goodall has fundamentally altered the way we interact with wild animals while we travel. For more information on G Adventures' Jane Goodall Collection and our Animal Welfare Policy, click here.

Some pioneering women travellers are out of this world; such is the case with Tereshkova who, in 1963, became the first woman to travel to space.

Women haven't stopped breaking boundaries in travel and the travel industry. Case in point: Kate McClue who, just three years ago, in 2015, became the first American woman to pilot a mega-cruise ship.

In 1955, Henderson and her husband founded the Henderson Travel Agency, the first African-American travel agency in the U.S. At the time, Henderson's motto was "education through exposure" — at a time when racial tensions were high in the United States, she began chartering flights to bring groups of African-American travellers to Africa, which few airlines travelled to at the time. Henderson Travel Agency is now the oldest continually operating, full-service, Black-owned travel agency in the country. 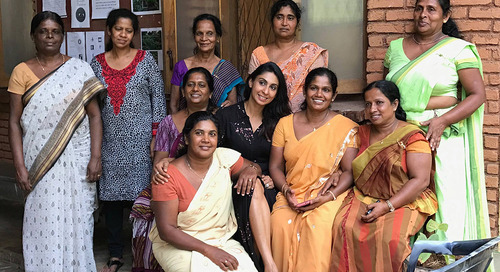 A look behind the scenes at three new Planeterra projects 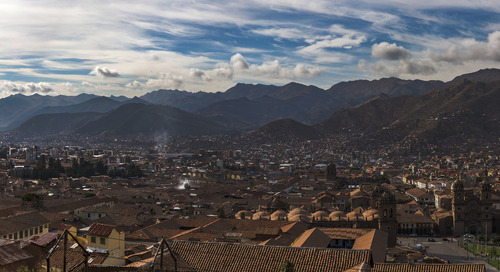 Recommended by G: The best things to do in and around Cusco, Peru