Home » The Looptail, The Travel Blog Powered By G Adventures » 4 of the world's most precious ecosystems — and how you can visit them
× Share this Article

National Geographic Journeys with G Adventures bring you to the world’s most amazing ecosystems, helping you discover these incredible places. Immerse yourself in the lush biodiversity of the Amazon, the beating heart of South America. Explore the grassy plains of the Serengeti, where you might spot the “big five” on a safari drive. Snorkel Australia’s Great Barrier Reef, and see eye to eye with one of the planet’s most colourful ecosystems. With National Geographic Journeys, see how humanity and nature truly connect within Earth’s most delicate and fascinating environments.

What it is: The largest rainforest tract in the world, covering 5.5 million square kilometres of land.

Where it is: It extends through Brazil, Peru, Colombia, Venezuela, Ecuador, Bolivia, Guyana, Suriname, and French Guyana. Who lives there: In addition to a number of Indigenous tribes (the exact number of which is unknown), the Amazon is the most biodiverse rainforest on Earth.

What's at risk: Deforestation and climate change threatens the lives of the Amazon's more than 2.5 million insect species, 2,000 bird and mammal species, roughly 800 amphibian and reptile species, and more than 390 billion trees.

Get up close and personal with the Amazon Rainforest on our Explore the Amazon River and Machu Picchu tour.

What it is: Tanzania's oldest national park, spanning more than 14,000 kilometres squared within the country's Serengeti ecosystem.

Where it is: Northern Tanzania

Who lives there: The Maasai people have been living in and around the Serengeti for more than 200 years. The park, meanwhile, is famous for its annual animal migration, in addition to its year-round four-legged population: lions, elephants, leopards, wildebeest, rhinos, cheetahs, crocodiles, gazelles, and hyenas are among the hundreds of animal species that call the park home.

What's at risk: A number of the Serengeti's native animal species have seen their numbers dwindle as a result of poaching. In addition, the ecosystem's fragile grasslands are threatened by the effects of climate change, while there is controversy over a recent proposal to build a paved road through the park.

_See the Serengeti for yourself on our Tanzania Safari Experience tour.

What it is: The polar region located north of the Arctic Circle.

Where it is: The Arctic region comprises the Arctic Ocean, plus some of Alaska, Canada, Finland, Greenland, Iceland, Norway, Russia and Sweden

Who lives there: Depending on where you are, either a sparse human population, or no humans at all. Metropolitan areas in Iceland, Finland and Greenland, for instance, are populous — or, at least, populous-ish, with Iceland's capital Reykjavik, for instance, having a population density of 600 people per square kilometre (New York City, by contrast, is about 11,000 people per kilometre squared). There are plenty of animals, however: polar bears, Arctic foxes, grizzly bears, roam on land, while marine animals such as Orcas, belugas, and many baleen whale species live in the Arctic's frigid waters.

What's at risk: The Arctic is one of the world's most threatened ecosystems, as changing climate patterns and a rising sea temperature has resulted in habitat loss for many of the Arctic's animal species. Arctic ice melt poses significant issues for the rest of the planet, too, as melting sea ice results in rising ocean levels globally.

Get close to the Arctic on our Canadian Polar Bear Experience tour. You might not be technically in the Arctic, but you'll still have the chance to see some of the icy ecosystem's most famous fauna.

What it is: The world's largest coral reef system.

Where it is: In the Coral Sea, off the coast of Queensland, Australia.

Who lives there: Obviously, no actual humans live in the Great Barrier Reef, but there are many communities on nearby shores — including Aboriginal people, who have lived near the Reef for tens of thousands of years. Below the surface, on the other hand, the reef is teeming with life, from brightly coloured tropical fish and sea turtles to whales and dolphins — and, of course, the corals themselves, which are invertebrates.

What's at risk: Rising ocean temperatures have resulted in a phenomenon known as "coral bleaching," which refers to the loss of colour — actually the shedding of living algae that lives within the tissues of coral polyps — in coral. Without the algae that they shed, coral polyps are vulnerable, and often perish — which threatens the health of the entire reef, and in turn, all of the living organisms that inhabit it.

See the Great Barrier Reef for yourself on our Explore Australia & New Zealand tour. 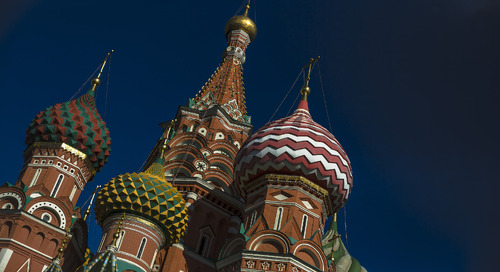 A guide to Moscow's stunning cathedrals 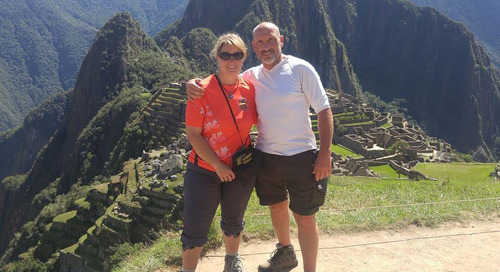 Must love travel: Three couples on how wandering the world brought them together

Just in time for Valentine's Day