Home » The Looptail, The Travel Blog Powered By G Adventures » 4 off-the-beaten-path ski towns in Switzerland you need to know about
× Share this Article

There’s much more to Switzerland than Zurich and Geneva. In the Swiss Alps, off-the-beaten-path towns and villages — like the ones on G’s Trekking Mont Blanc trip — offer a close-up look at national traditions and hidden cultural gems. Each valley and village has quirks worth exploring, whether it’s their homemade crafts, electric cars, or bizarre beauty contests.

This Grison Alps city — characterized by fairytale valleys and 18th-century buildings — is the oldest city in the region, at an estimated 5,000 years old. Must-see attractions include the Cathedral of Saint Mary of the Assumption, built between the 12th and 13th centuries, and Roman artifacts and monuments that tell the tales of ancient civil wars. Set in the northeast Graubünden region, there are locally made crafts to be bought in town, and oenophiles can try a sip of Goldrush Sauvignon Blanc, made at the nearby Bündner Herrschaft vineyards, while foodies shouldn’t miss a taste of Chur meat pie, a dense, meaty dish that’s perfect after coming in from the cold. Chur’s quirkiest tradition takes place every August, when roughly 60 hirsute village men compete in the annual Alpine Beard Festival.

This small town in the Valais region is set at the foot of Mont Dolent, and bridges the borders of Italy, France, and Switzerland. Named after the Latin word for leaf, “folium,” it’s known for its abundance of evergreen trees. The region, which is a stopping-off point on the tour of Mont Blanc, is known for its local dairy, specifically its trademark salty cheese, Raclette du Valais. Those looking to warm up rather than chow down can sample Bio Alp tea, which is made of fresh thyme, lemon balm, and mint. The area may even inspire some artistic expression: When British mountaineer Edward Whymper became the first person to climb nearby Mount Dolent in 1864, he was inspired to write poetry while at the snow-capped tip, calling it “so soft, so pure.”

This region looks like something out of The Sound of Music, lined with green fields, wildflowers, and Swiss chalets. The area is actually made up of two valleys, which are separated by a walking path that leads to a section of the Tour du Mont Blanc. On the south border, which connects to Italy, there are several villages, including Orsières, which was visited on the ancient Via Francigena pilgrimage to Rome. Today, there are charming resorts built alongside mountain lakes, and activities in the region include hikes to historic huts like the Cabane D’Orny, which was first built in 1893. Hungry hikers can put up their feet and sample baked polenta with Fontina cheese, which is a local specialty.

This resort town has been a skiing hot spot since its first cable cars went up in 1898. It’s also popular for wine lovers: Zermatt is set in the country’s largest wine region, Valais, which is home to dozens of vineyards. The local Valais Wine and Vine Museum traces Switzerland’s regional winemaking history to the present day — currently, 200 different wines are made in 26 different regions. Visitors to Zermatt can wash down regional dishes, like char with mashed potatoes and mountain spruce, with a glass of Petite Arvine white wine, produced nearby. This eco-conscious town has electric, battery-powered taxis and yellow minibuses — and no other cars are allowed. Follow your ears in the summer, as the Alphorn Festival is hosted every July, which features locals blaring out tunes on giant wooden horns, making this the perfect spot for a Swiss yodel.

G Adventures runs a number of departures to Switzerland encompassing a wide range of departure dates and activities to cater to different tastes. We’re thrilled at the prospect of showing you this country as you’ve never seen it — check out our small group trips to Switzerland here. 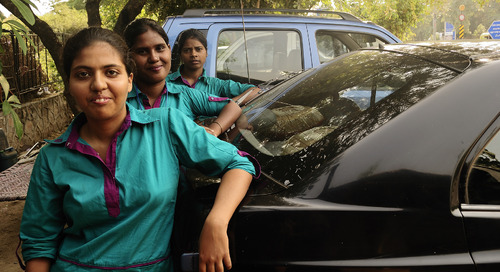 Today is International Women's Day! Learn how sustainable travel is making a difference in the lives of wom... 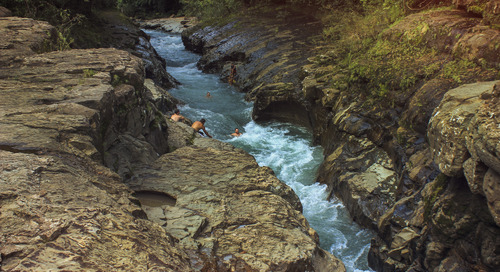 Going off the beaten path in Boquete, Panama

The small mountain town is the perfect destination for adventurous, active travellers