If you think hockey players just play video games or hit the clubs when they’re not working out or drinking protein shakes, think again. It’s time to meet four Olympic women’s hockey stars who love to explore our planet, from Canada and Sweden to China and New Zealand.

Armed with university degrees in subjects like journalism and history, these world-class puck-handlers soak up local culture, customs and cuisine, whether they’re traveling for hockey or enjoying a well-earned vacation. On and off the ice, they’re role models for the nearly 200,000 women who play this sport worldwide.

Spooner, a personable two-time Olympian, travelled for her reality TV debut in 2014, appearing with Canadian teammate Meaghen Mikkelson on The Amazing Race Canada. That year, Spooner became the first player to win both an Olympic gold medal and the Clarkson Cup – the championship of the Canadian Women’s Hockey League (CWHL) – in the same season.

"The 2014 Olympics in Sochi, Russia. It was a dream come true that I never thought possible as a young girl. Winning gold in my first Olympics will always hold a special place in my heart. The Games themselves had the feel of Disneyland. All the attractions, venues, and entertainment were in one bubble, attached to the athletes’ village.

Another amazing experience I had was traveling to Nunavut with Project North to deliver hockey equipment to remote communities. Having the opportunity to experience Canada’s north was extremely eye-opening."

"One of my favourite places to explore is Italy. From wine-tasting to learning about the country’s romantic history, I felt right in my element there.

To get away from it all, I once took a trip with some teammates to Exuma, Bahamas. I’d never experienced white-sand beaches and bathtub-warm water like we did there. We swam with pigs, fed iguanas, and even caught and cooked our own fish one night."

"Croatia. With its mix of coastal terrain and historic cities like Dubrovnik, I can’t wait for that trip!"

2018 was a huge year for Räty. The dynamic 29-year-old goalie won her second Olympic bronze medal in Pyeongchang, South Korea, and made the all-star team. Räty then led China’s Kunlun Red Star to the CWHL final and was named Goaltender of the Year.

Räty, a University of Minnesota journalism graduate, also appeared on an upcoming season of Selviytyjät Suomi, the Finnish version of Survivor, shot in the Philippines. The 5-4, 143-pound netminder’s hometown of Espoo, just outside Helsinki, is the site of the 2019 International Ice Hockey Federation (IIHF) Women’s World Championship.

"Playing professionally in Shenzhen, China. I never thought I’d get paid to play the sport I love in a not-so-typical hockey city, with 25C weather, facilities that compare to the NHL, and a world-class organization.

"A mom-daughter trip to Phuket, Thailand in 2016. Having been away from Finland since 2009, it’s always special when I get to spend time with my family, and especially my mom.

We enjoyed the beaches, Thai food (my favourite!), the Big Buddha, Thai massages, local shopping, and much more. We also took a crazy-cool kayaking trip to Phang Nga Bay with limestone sea caves and cliff-lined lagoons."

"New Zealand. Queenstown, the national parks, geysers, Maori culture, and surfing are all on my agenda. I’d love to go whale-watching and then soak in a hot spring while enjoying a gorgeous view."

Knight fulfilled a lifetime dream in 2018 when she won her first Olympic gold medal. A seven-time world champion, this American power forward has also guest-starred on Saturday Night Live and posed for ESPN The Magazine’s Body Issue. Knight studied history at the University of Wisconsin.

"The 2015 IIHF Women’s World Championship in Malmö, Sweden. I’m a little biased because I took some Swedish classes in college and learned a decent amount about the language and culture.

Malmö has a great mix of old architecture and innovative new buildings on the waterfront. I loved walking around, and our team enjoyed the local coffee shops. Lots of fika time! On our off-day, we took a short train ride to visit Copenhagen, Denmark."

"We organized a team vacation to St. Thomas in the Virgin Islands. It was a fantastic place to rejuvenate and recharge. Waking up every morning and sitting outside enjoying breakfast while looking at the blue ocean was surreal, like living in a dream. The sunset was just as beautiful as the sunrise, and the local people were super-friendly."

"There are so many places I want to go. I flew to New Zealand for 48 hours to film an ad campaign right before our team centralized for the Olympics. I need to go back and spend more time there. I took a helicopter ride up into the mountains. I thought it was the most beautiful place I’ve ever been.

I’d also love to go to France and Austria. Janine Weber, my former Boston Blades teammate, is from Innsbruck, and she was in my hometown of Sun Valley, Idaho this past summer. She texted me: “Hey, where should I go?” So it would be cool if I could go to her hometown, have the same convo and check out all of her hotspots."

Winberg was just 16 when she scored the semi-final shootout winner against the favored Americans in her Olympic debut in 2006 in Turin, Italy. After this upset, which has been compared to the U.S. men’s 1980 “Miracle on Ice” Olympic victory over the Soviet Union, her Swedish team captured an historic silver medal.

The 2014 Winter Games points leader, who got her degree in community health from the University of Minnesota-Duluth, is a four-time Olympian and 11-time World Championship participant. The 5-5, 150-pound forward currently serves as an assistant captain with Linköping HC in Sweden.

"So many unusual things happened in Turin. During our pre-Olympic camp, we basically only ate pasta or rice with meat sauce. We got stuck in the elevator in our hotel a couple of times! And some Chinese athletes insisted on getting my autograph because they thought I was Pernilla Wiberg, the famous cross-country skier. But most of all, I remember beating the Americans for the first time ever, because we all believed we could, even though our chances were really small.

Also, the summer before the 2010 Olympics in Vancouver, I loved spending a month near the mountains in Kelowna, British Columbia. Our national team stayed at a great hotel with a pool, and all the facilities were amazing."

"Every summer, I head somewhere like Mallorca, Spain, with my family. There is always fun shopping, good food, and, of course, nice weather. It’s great to relax and enjoy time together since I’m not home very often during the season."

"Australia. I’ve heard a lot of cool things about it. When I get more time to travel for something other than hockey, that’s where I want to go."

Why not take a look at our Active tours? 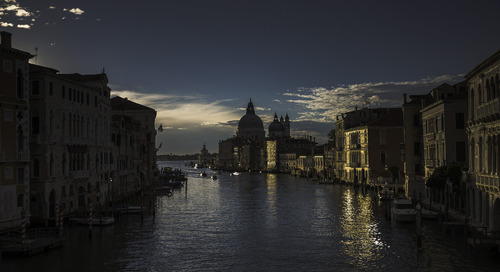 A trip of incredible docks that are worth a visit 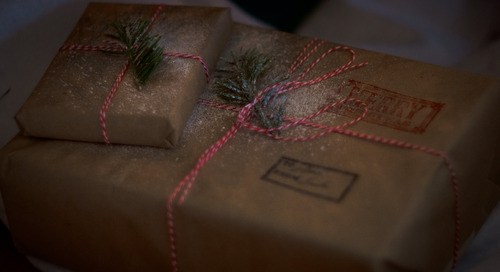 The 20 best holiday gifts for travellers