Home » The Looptail, The Travel Blog Powered By G Adventures » 3 of the world's most historic port cities (and how to get there)
× Share this Article

Many port cities are, in actuality, historical flashpoints: places where cities have seen important cultural moments take place, all while offering passage to and perspective on the wider world. National Geographic Journeys with G Adventures brings you face-to-face with these very cities. Walk along Dubrovnik’s old city walls in Croatia and see the glittering blue waters that have long beckoned travellers and traders to this UNESCO World Heritage Site. In northern France, visit the colourful town of Honfleur. Here, row houses huddle along the riverbank that once played host to painters like Claude Monet and Eugène Boudin. Ride a gondola down the canals of Venice, one of Italy’s iconic cities and a hub of art and commerce in the Middle Ages and Renaissance. On a National Geographic Journeys tour, visit cities where historic ports weren’t just avenues for trading and passage; they forged connections to a global world.

Where is it? Normandy, northern France, about two and a half hours from Paris.

What’s there? The port itself is located in a city of the same name, which has a population of about 8,000 people. The medieval town boasts dozens of 15th and 16th-century buildings, as well as numerous monuments and reminders of the port’s historical significance as a major point of entry into — and departure from — France for trade and exploration many centuries ago.

Who put it on the map? While the port itself was founded by Vikings, perhaps its most notable departee was Jaques-Cartier, who founded the Canadian province of Quebec in 1534, after leaving France from Honfleur.

How can I visit? Our Paris & Normandy Highlights tour brings you there.

Where is it? Northeastern Italy, in the Veneto region. The Port of Venice is located in Venice itself, which is the capital of Veneto.

What’s there? Venice is one of the world’s most popular tourist destinations. The city is known for its Carnival, which takes place on Shrove Tuesday, the Venice Film Festival, and — most of all — its intricate series of canals (and the gondolas that traverse them), which connect the city of Venice’s hundreds of islands.

Who put it on the map? Owing to its location in the north of the Adriatic Sea, the Port of Venice has long been a port of great trade and strategic significance for Italy. In the 9th century, it was a gateway for trade with the Byzantine Empire; after its fall, Venice gained significance as a military superpower, as most of its citizens were required to complete military training; Napoleon conquered the port city in 1797. The city (and its port) became what we know of it today not because of any one person, however, but because of industry: since the 1700s, it has allowed Venice to flourish as a tourist destination; currently, it is the eighth busiest commercial port in Italy.

How can I visit? Our Iconic Italy tour brings you there.

Where is it? The Port of Lisbon is, unsurprisingly, located in the Portugese capital city of Lisbon. The city itself is in the country’s west, on the coast of the Atlantic Ocean, in the Iberian Peninsula.

Who put it on the map? It wasn’t a specific person so much as a group: The Phoenicians, who opened up the Port of Lisbon as a trade port in the 12th century. 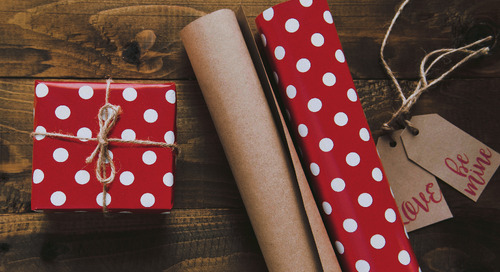 This year's most-wanted travel gifts, according to you

We asked our social media fans what they want for the holidays. Here's what they said 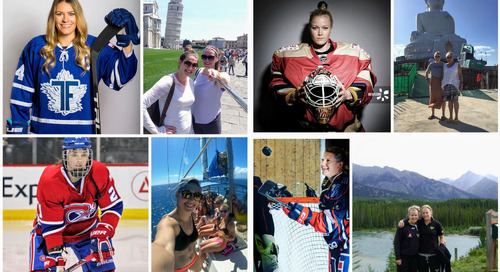 With or without pucks, Natalie Spooner, Noora Räty, Hilary Knight and Pernilla Winberg love to travel