The birthplace of a nation, city of storied sports teams, and home to the oldest churches, pubs, and cemeteries in America, Boston is a haven for any history buff. The best part is, there are many different ways to explore the fascinating past of the city – through organized tours, self-serve trails, amphibious vehicles, and more. However you like to explore – and whatever corner of history tickles your fancy – you’re sure to find your niche in Boston.

Here are five ways to discover the facts, legends, and mysteries of historic Beantown.

1. Take a guided tour through the Freedom Trail

The Freedom Trail is a 4km (2.5 mi) line made of red bricks that snakes through the sidewalks of the city, leading walkers past 16 historically significant sites, including museums, churches, meeting houses, and cemeteries. Dedicated by the citizens of Boston in 1951, the Freedom Trail tells the story of the American Revolution with every step you take.

Visit Boston on our National Geographic Journeys tour and you’ll be treated to the guidance of a traditionally costumed local history expert who will lead you through the trail with entertaining and educational commentary. This experience isn’t only a beautiful way to see Boston, but also the ideal introduction to a period of time that shaped a nation and ultimately world events.

As the first state in America to abolish slavery, Massachusetts has an extensive and meaningful black history – with the earliest freedom movement having begun in the heart of Boston. One of the best ways to learn about the remarkable people and places behind the cause is along the Black Heritage Trail, which intersects the Freedom Trail at the monument to the 54th Regiment of Massachusetts on Beacon Street. The Black Heritage Trail winds through Beacon Hill and other sites important in American black history. See 14 historic landmarks, including Underground Railway sites, as well as the homes, businesses, and schools of a black community that organized one of the nation’s earliest movements to end slavery and achieve equal rights.

One of the most powerful sites along the trail is the 1806 African Meeting House, the oldest surviving black church in the United States. Having served as church, school, and meeting place, this National Historic Landmark has been a pillar of an African American community that has advocated for black rights and freedoms for generations.

What’s that strange, brightly-coloured, tank-like, boat-shaped thing coming down the street? Don’t be alarmed – it’s just one of Boston’s famous DUCKs. Named after Second World War amphibious landing vehicles – that is, they can operate on land and on water – Boston DUCKs cruise by historic sites, such as the State House, Boston Common, and Beacon Hill, as high-energy drivers narrate the story behind them. After an entertaining tour of the streets, the DUCKs splash into the Charles River for sensational views of Boston and Cambridge.

While all drivers encountered are friendly and entertaining, you’re in for a real treat if you happen to be in Florence (Flo) Waters’ DUCK. Dressed in an apron and matching kerchief, Flo is a stay-at-home mom turned DUCK boat driver, and is full of jokes about her family, the city, and the “wicked smaht” students at M.I.T. (which she delivers in a thick Boston accent). Upon passing the Beantown Pub, which is located across from Granary Ground (where many famous patriots – including Samuel Adams – are buried), she quips: “It’s the only place in town where you can drink a cold Sam Adams while looking at a cold Sam Adams.” Ba-dum-chah!

You don’t need to be a Boston Red Sox fan to be captivated by historic Fenway Park – the oldest stadium in Major League Baseball today. There is magic in this park, which has played host to many legends, extraordinary moments, and just really great stories since it opened its doors in 1912.

Take a behind-the-scenes tour and you’ll hear about all of them, while you get taken through the stands and the press box and even get to sit atop the famous Green Monster. Get the skinny behind Pesky’s Pole, the lone red seat, and Babe Ruth’s greatest moments (and most heartbreaking trade, for Boston fans), as highly informed and enthusiastic guides give you a complete history of one of baseball’s greatest landmarks, and arguably the heartbeat of Boston.

Crawling through the bars and pubs in Boston is actually a legitimate history lesson… just done a different way. That’s because Boston’s early patriots loved to meet in the city’s pubs to hatch their revolutionary plans on their favourite barstools. The original Green Dragon, for instance, served as the unofficial headquarters of the revolution, as the Sons of Liberty met here and planned the Boston Tea Party. It’s said that Paul Revere even embarked on his famous midnight ride from this pub.

You can also discover other breweries, cider houses, and many other famous pubs that are some of the oldest in the country – each with a unique story to tell, and likely a steamy cup of “chowda” ready to serve you.

From whatever vantage point you choose to view the city, you’re sure to get a great flavour of how Boston played a key role in shaping the country – from its famous patriots who planned the American Revolution, to the inspired black communities who led the charge on abolishing slavery, to its storied sports franchises that contribute to the heart and soul of a fiercely proud, strong, and passionate city.

Offering a history lesson around virtually every corner, Boston packs a serious punch for anyone looking to learn, explore, and get energized by those who fought for equality and freedom so many years ago.

National Geographic Journeys with G Adventures are a collection of unique tours designed to take you deeper into the cultures and habitats of the places we explore. They offer more inclusions, greater hands-on exploration, interactions with local experts, and the freedom to roam, all within the structure and security of travelling in a small group. Explore Argentina today! 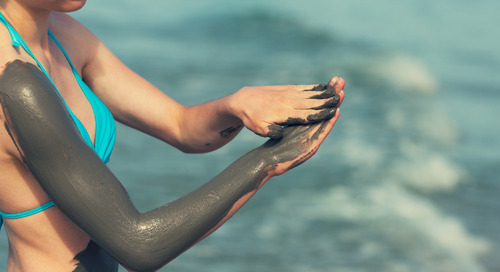 The Dead Sea has long been renowned for the supposed healing powers of the mud along its banks. Here’s what... 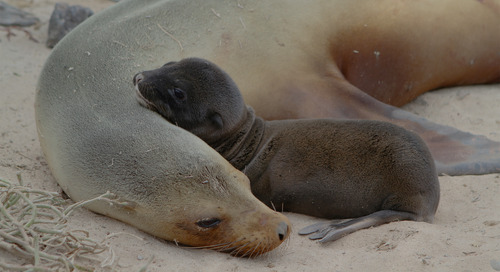 10 animal embraces to melt your heart

It’s Valentine’s Day — and for the next 24 hours love is in the air (and sea)! Gaze longingly at these ador...