Home » The Looptail, The Travel Blog Powered By G Adventures » How to take a culture trip in the world's northernmost city, Longyearbyen
× Share this Article

How to take a culture trip in the world's northernmost city, Longyearbyen

High up past the Arctic Circle is Longyearbyen, the northernmost settlement on Earth. Cropped out of most world maps, it's north of Iceland, beside Greenland, and — despite having below-zero temperatures seven months of the year — is the central town in the Svalbard archipelago.

The town with a population of roughly 2,000 people is named after American industrialist John Munro Longyear. It’s no coincidence that its motto is “Unique, secure, and creative,” as this remote community prides itself on its culture. With a set of museums, an art gallery, and more than one arts festival, Longyearbyen’s cultural clout is just as bright as the northern lights.

First up is the Svalbard Museum, a natural history museum that focuses on wildlife in the region, plus local geology and mining history. While the museum puts its focus on understanding the relations between culture, landscape, and the environment in the Arctic, it also shows how the local residents’ standard way of living has changed over the past 400 years.

Nearby, the North Pole Expedition Museum explains how three groups of explorers — the Americans, Norwegians, and Italians — each attempted to reach the North Pole in the early 1900s. Co-founded by two tour guides, Stefano Poli and Ingunn Løyning, the museum features everything from photos and maps to telegrams and films that document the challenging journey to the world’s northernmost point (the Pole was first reached by a Norwegian group in 1926).

n 2015, Queen Sonja made a journey to Longyearbyen to celebrate the opening of Kunsthall Svalbard, which was founded to encourage the creation of works that highlight and depict local Arctic culture. Two years later, she visited again to inaugurate Artica Svalbard, an institution with an artist residency that intends to promote discussions and collective thinking about the Arctic.

Galleri Svalbard, a public gallery on Longyearbyen, has a collection of Arctic maps that date back to 1570, some of which were painted by hand. The gallery also has more than 1,300 antique books specializing in Svalbard’s literature, some of which are available for loan. In addition, Galleri Svalbard houses former currency notes and lithographs from famed expeditions,. Visitors who’d like to take a little something home can purchase art books, and works by local artists at the gallery’s gift shop.

It isn’t all high art on Longyearbyen. At Gullgruva Arctic Design, handcrafted silver polar bear pendants, leather handbags, and multicoloured scarves are available for purchase; for foodies, the Fruene Coffee Shop offers artisan coffee and homemade chocolate alongside the region’s most diverse selection of handmade clothes, yarn, and crafts.

There’s something for music buffs, too. The PolarJazz Festival shakes down every February — in -30 C˚ (-22 F˚) weather. Norwegian folk singers like Ingebjørg Bratland, quartets like SvaJAzz, and local bluegrass band Blåmyra have performed at the annual festival, which takes place at venues around town, and attracts roughly 600 ticketholders. Meanwhile, the Dark Season Blues festival, which happens every October, features bands like the Advent Bay Poolboys, who were the first rock band to tour the Arctic.

The Arctic Action Festival, in September, is exclusively devoted to performance art. Curated by Stein Henningsen, a small number of local and international artists — including individuals from Finland, Germany, and China, among other places — gather to perform outdoors, with arctic mountains providing a backdrop. The performances focus on human struggle, transformation, and environmental concerns.

The landscape may be the focus of some trips to Longyearbyen, but with all the art and culture the region has to offer, visitors can take away far more than great photos. As Norwegian artist Edvard Munch once said: “Nature is not only all that is visible to the eye ... it also includes the inner pictures of the soul.”

Want to check out the world's northernmost settlement for yourself? Many of G Adventures' Arctic tours can take you there. We're excited at showing you around this big, blue planet — check out our small group trips to the Arctic here. 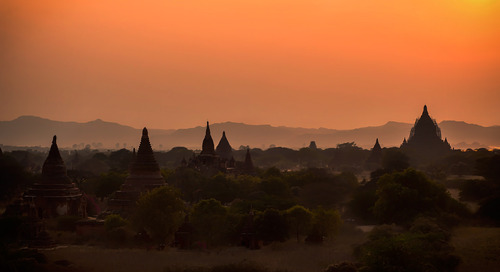 Lessons in sustainable travel in Myanmar 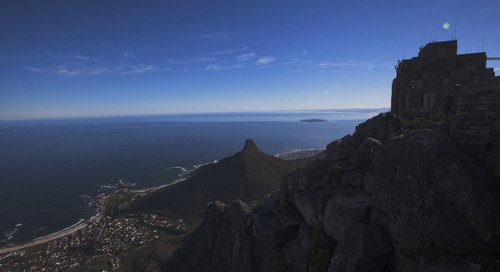