Home » The Looptail, The Travel Blog Powered By G Adventures » Lessons in sustainable travel in Myanmar
× Share this Article

Lessons in sustainable travel in Myanmar

You never know how people will react when you tell them you’re visiting Myanmar (also known as Burma). Some will be envious, while others, like my mother, will give you oddly specific warnings, such as “Don’t eat fish farmed from the Bay of Bengal.” You may be asked if you should visit at all.

It’s a fair question. For 50 years, Myanmar was controlled by an oppressive military junta, most famously opposed by politician Aung San Suu Kyi. Between the years of 1989 and 2011, Suu Kyi spent a total of 15 years under house arrest at the hands of the junta. As the politically charged daughter of national hero Aung San, she was seen as a destabilizing force that threatened the military’s power. Her party, The National League for Democracy (NLD), won a landslide election victory in 1990 — but the junta ignored the result.

Suu Kyi called for a tourism boycott, reasoning that the bulk of tourist dollars went straight to the generals. Her entreaty lasted until her release in late 2010. Shortly thereafter, the NLD issued a statement lifting the boycott. “The NLD would welcome visitors who are keen to promote the welfare of the common people and the conservation of the environment and to acquire an insight into the cultural, political, and social life of the country,” the party said at the time.

Today, Suu Kyi is Myanmar’s de-facto leader after democratic elections in 2015 put the NLD in power. As the country emerges from the shackles of military rule, its nascent tourism industry is playing an increasingly important role in the country’s economic growth. In 2015, there was a 52 percent surge in tourist arrivals compared with the year before. But while tourism to Myanmar continues to grow, visitor numbers are tiny compared with other countries in Southeast Asia. Myanmar still feels enigmatic, and unknown.

Despite an initial rush of hotels, restaurants, shops, and tours, Myanmar’s tourism growth is being driven by slow-paced cultural tours, independent travel, and tailored trips for small groups who want to travel more ethically. There are plenty of tourist spots, but it’s still possible to wander from the crowds to find yourself in silence, surrounded by crumbling ruins and soaring stupas.

There are some ethical considerations to think of when shopping in Myanmar. A quarter of the country’s new parliament is reserved for the military, so tourists are encouraged to give their money to local establishments instead of state-run equivalents. Businesses pay tax of course, so it’s impossible not to fund the government in some way, but efforts can be made to keep money as local as possible.

On my cycle tour of Myanmar, our group stayed at local hotels, ate at local restaurants, and shopped with small vendors, where possible. During our stay in New Bagan, we were able to support local residents who were displaced by the government’s ban on permanent dwellings in Old Bagan.

As part of the first tranche of tourists to Myanmar, we were mindful of making a good impression, worrying that a covertly snapped photo, unwittingly insensitive comment, or incorrect tip could influence the perception of tourists long into the future.

The people of Myanmar are extraordinarily accommodating of visitors — sometimes, more than is necessary. On one occasion, we saw a male tourist enter a temple wearing a vest and shorts not much more modest than a Speedo. Everyone noticed, but no one approached him.

In fact, we saw signs around major towns urging residents to be kind to tourists (see below). I doubt residents needed telling.

We were also mindful of Myanmar’s lack of tourist infrastructure, but it turned out, this wasn’t necessary. We expected cold showers and bumpy roads, but we were greeted with the opposite — not to mention a wealth of amazing food. (Tip: Do try the Shan noodles at Hundred Smiling Restaurant in Nyaungshwe.)

It’s worth noting, despite all this, that there are still two faces to Myanmar.

Behind the beauty, Myanmar is still a developing country: a quarter of its residents live in poverty. Moreover, the treatment of Myanmar’s Rohingya Muslim population has drawn fire from activists and analysts around the world. Suu Kyi’s young government has struggled to find a solution, posing a new set of ethical questions for tourists looking to visit Myanmar.

Visiting a country can be an effective way of moving toward an understanding of a region and its history and conflicts. Myanmar is a complicated region in a state of flux; visiting now was an instructive privilege that won’t be easily forgotten.

Interested in travel to Myanmar? G Adventures runs a number of tours in the country. We're excited at the prospect of showing you more of this big, blue planet — check out our small group tours to Myanmar here. 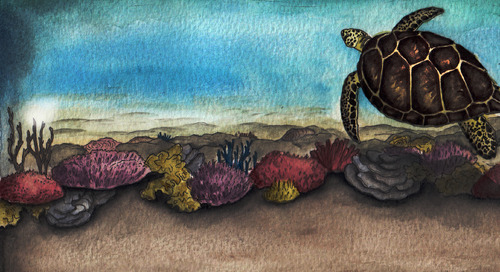 To celebrate Earth Day, we're taking a look at some of planet Earth's most stunning natural landscapes 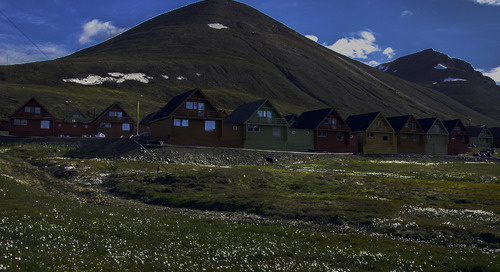 How to take a culture trip in the world's northernmost city, Longyearbyen

The best museums, galleries, festivals and design shops in this tiny polar town of less than 2,000 people