Whether you're a native Kiwi or someone who dreams of making your way around Aotearoa, we’ve got five books that bring New Zealand and its people to life.

1. The Luminaries, by Eleanor Catton

In this 2013 Booker Prize-winning novel, young Walter Moody tries his luck in the boom of New Zealand’s 1860s gold rush. Strange events unfurl on the dark and stormy night of his arrival in a Hokitika hotel bar. Twelve men suddenly hush as they’ve met in secret to discuss a wealthy man vanishing, a prostitute trying to off herself and a large gold fortune found in a drunkard’s home. At once a ghost story and a lively thriller, nothing is quite as it seems as Walter gets drawn into the town’s deepening mysteries.

2. Owls Do Cry, by Janet Frame

Daphne Withers is coming of age in 1940s post-war New Zealand and falsely thought to be losing her mind. Tossed in an asylum and made to undergo a frightening lobotomy, Frame’s lyrical first novel is as much a story of Daphne’s survival as her own. In real life, the author was spared the surgery after winning a distinguished literary prize. Her autobiography, An Angel at My Table, was turned into an internationally-acclaimed film by Jane Campion.

3. The Whale Rider, by Witi Ihimaera

Also made into a much-loved movie, Witi Ihimaera’s book follows young Kahu as she struggles to find her rightful place in Maori tradition. Her great-grandfather and aging chief of the Whangara tribe, finds himself with no male heir and is blind to her ability and ambition. Kahu’s true power is revealed when hundreds of whales beach and she calls on ancient gifts to save them and the fate of her tribe.

4. The Bone People, by Keri Hulme

Winner of the Booker Prize for fiction in 1985, The Bone People starts in an isolated tower on the New Zealand sea. Part Maori, part European and fully estranged from her family, Kerewin Holmes lives alone until a shipwreck strands a mute boy at her doorstep and his foster father soon follows. All outcasts as mixed people, the trio are captivated by each other until unsettling truths are revealed. Full of magical realism, the story is peppered with Maori words and phrases — the understanding of which is greatly helped by a glossary you can flip to at the end.

We here at G Adventures are no strangers to trips that take us off the beaten path. In Wild Journeys, one of New Zealand’s top writers waxes nostalgic and retraces famous treks from prison escapes over volcanic landscapes to functionally extinct bird search parties in Fiordland. In hope of connection, he sails around the Northern and Southern capes, digs into remote gold rush settlements and tracks the path of renowned Maori faith-healers and war party leaders. Sounds like adventure to our ears. Let’s go!

Ready to make some travel stories of your own? Check out a future trip to New Zealand with G Adventures! 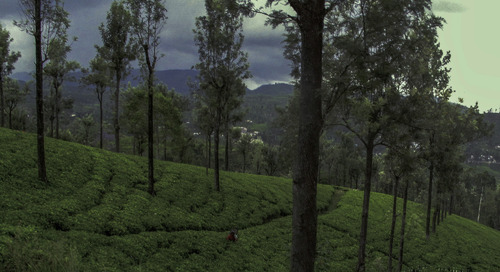 How to reduce your footprint when you pack your bags 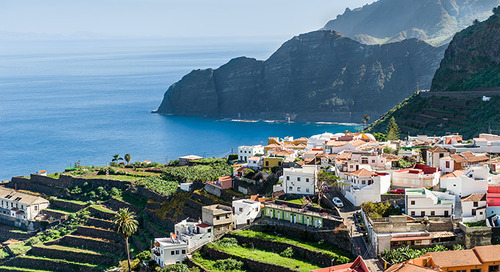 Get a bird's-eye view on a Canary Islands hiking tour