Europe is one of the most popular travel destinations in the world. It’s easy to see why with such fascinating cities as Paris, London, Rome and Barcelona. A journey through Europe has been a rite of passage for travellers for decades.

And, while there are hundreds, if not thousands, of attractions in Europe you can feast your eyes on, I've selected some of the top European destinations from my Instagram feed.

I hope you enjoy looking at them as much as I did taking them.

The Old Bridge (Stari Most) in the town of Mostar, Bosnia and Herzegovina. The original bridge was built in the 16th century but was destroyed in 1993 during the Bosnian war. It was rebuilt in 2004.

Here's another famous bridge – the Charles Bridge in Prague, Czech Republic. It crosses the Vlata River and took approximately 50 years to complete.

An artist sketching along the banks of the river Seine in Paris, France.

The Giant's Causeway in Northern Ireland.

The Grand Canal in Venice, Italy.

St. Peter’s Basilica as seen from the banks of the Tiber River in Rome. During my 2013 photography tour to Italy, we were walking back from dinner one night to our hotel, when we came across this scene. I had my camera with me, but not my tripod. I perched my camera on the side of the bridge, shoved it next to a post to keep it stable, and managed to get this shot.

G Adventures runs a number of departures in Europe encompassing a wide range of departure dates and activities to cater for different tastes. We’re thrilled at the prospect of showing you this big blue planet of ours — check out our small group trips here. 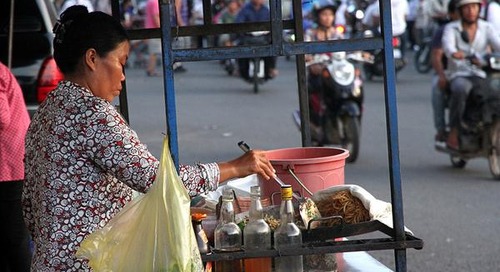 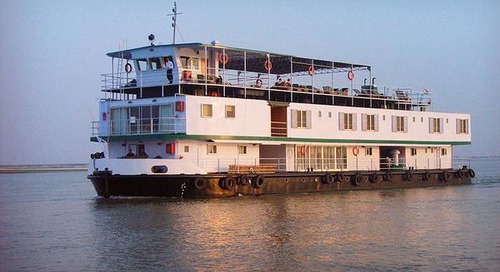 The lifeblood of India: The Ganges River

The Ganges River in India is one of the world’s great rivers. Mariellen Ward of Breathedreamgo explores its...