Home » The Looptail, The Travel Blog Powered By G Adventures » Salzburg without The Sound of Music
× Share this Article

Salzburg without The Sound of Music

Salzburg makes €1 billion a year from The Sound of Music. I wouldn’t have believed it if I hadn’t heard it from an employee of the Salzburg tourism office.

Of course, you notice the thing almost immediately when you get into this beautiful old city, snuggled into some of the prettiest of the Alps. There are buses with various images stretched across them from the 1965 film that was set and partially filmed there.

There are billboards and flyers announcing tours, private and group. There is the Sound of Music World shop with a recent picture of Julie Andrews visiting it in the window. And last time I was there, while walking through the courtyard of the Mirabell Palace, built by a prince-archbishop (back when such hybrids existed explicitly) for a woman he loved (back when I guess an archbishop could do that), I heard a gamely discordant group of people being coached in the singing of “Do-Re-Mi” through the window of an upper ballroom. The gift-shop Edelweisses are everywhere.

But €1 billion? That’s not right. Like AOC says, a billion is a glitch. In this case, a glitch representing not the unbridled and unashamed amassing of wealth by an individual at the direct expense of employees, consumers, and tax-payers, but the deluging of a small city (population 152,000) by millions of people in search of one thing. Like the perennially apposite metaphor of the Pont des Arts collapsing under the weight of thousands of “love locks,” Salzburg cannot withstand this sort of monolithic tourism. I don’t mean physically. I’m sure many Salzburgers are happy there’s so much cash coursing through the place.

But that’s the thing. There is so much cash directed at a single thing that it would be foolish for any business to open that does not in some way cater to people’s Sound of Music mania. This is creating — arguable has created — a monoculture, and monocultures are not healthy things, in agriculture, in nationhood, in industry, or in tourism.

So when you go to Salzburg — and you should, it’s one of the great cultural cynosures of Europe, and one of its most architecturally and topographically gifted — maybe stay away from the favourite things and pay attention to the masses of other stuff this burg has to show you.

You might never know it, but there was musical stuff going on in Salzburg before Rogers and Hammerstein II’s tunes came to town with what Christopher Plummer called The Sound of Mucous.

Mozart was born here in 1756. It was here that he showed his early genius, here he composed his first pieces, starting with Andante in C (when he was 5), and his first symphony (Symphony No. 1 in E-flat) when he was 8, and here history’s most successful stage father pushed little Wolfie to ever greater heights of vicarious accomplishment in the rather pretty rooms at 9 Getreidegasse, Mozart’s birthplace, now a museum.

A few streets away is what’s known as the Mozart Residence at 8 Makartplatz, where the family took an apartment in 1773, when our little composer was 17 and got his first job as a court composer. His family lived here most of their lives, and you can visit his sister Nannerl’s grave (they toured Europe as child prodigies together, but Nannerl was a girl and so, well, you know). She lived much longer than her brother, and changed her will late in life to ensure she was buried in a different cemetery from the rest of the Mozarts, in Salzburg’s most beautiful – and oldest – graveyard, St Peter’s, founded around 700 CE. (She’s near Joseph Haydn’s younger and less successful brother Michael, fwiw.) There are catacombs to visit, and a chapel that dates from 1178.

But it’s the base of this cemetery that’s the real attraction. There you’ll find, hewn from the rock of the Mönsch mountain itself, Stiftskeller St. Peter, the oldest restaurant in Europe, and possibly the world, mentioned for the first time in writing in 803 CE. It was 779 years old when La Tour d’Argent, the oldest restaurant in Paris, opened its doors in 1583, and had been around for 350 years already by the time Ma Yu Ching’s Bucket Chicken House opened in Kaifeng, Henan, China (what, you thought the Colonel thought up chicken in buckets?).

The Stiftskeller has been through a lot of hands — it started life as the refectory for the Benedictine monastery that’s still there — and has been owned for the past 27 years by Veronika Kirchmair and Claus Hanslauer, who offer traditional Austrian dishes for prices that, shall we say, reflect the uniqueness of the venue. It’s a big place, so there are usually seats, unless it’s during the Salzburger Festival.

This is a big festival. It was founded by Richard Strauss (who composed the famous music used in 2001: A Space Odyssey), alongside big-among-Germans: playwright Hugo von Hofmannsthal and director Max Reinhardt, and in 2020, it is celebrating its 100th anniversary (it’d be its 101st, except Goebbels cancelled the 1944 edition as punishment for von Stauffenberg’s July 20 plot. History’s always exciting in Austria). This is one of the biggest and certainly the most prestigious of Austria’s festivals, with more than a hundred performances — musical, theatrical, and otherwise — spread out over a month and a half at the end of the summer. And it may be the one time in the Salzburger calendar when Sound of Music tourists are outnumbered.

This is not a big town, and pretty much everything in it is noteworthy, from the 600-year-old metalworking shop a few doors down from Mozart’s birthplace to the place where Mozart balls (Mozartkuglen) were invented, those delicious little touristy-sounding confections that have actually been around since 1890, to Café Tomaselli, founded in 1852 by the son of one of Mozart’s original tenors, still owned by the same family, and still one of the best places on the planet to get a coffee. That means you can get a pretty good handle on it in a day and a half or so, or spend a month and feel like you’re only starting to get it.

Check out our small group tours to Austria here. 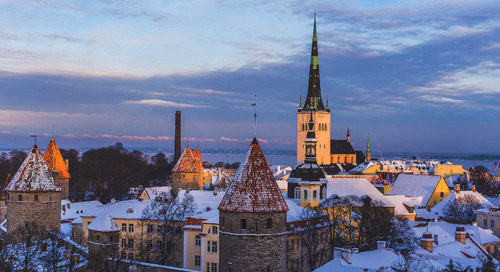 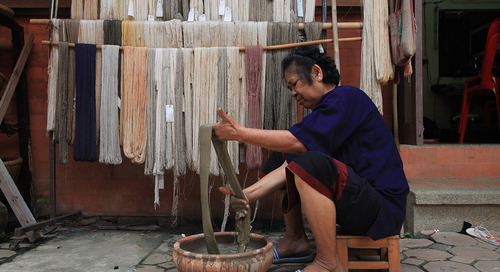 A guide to some of the country's lesser-known locales