When the Soviet Union ended in 1991, Estonian citizens were excited to gain their freedom. In fact, the small Baltic state originally became independent back in 1918, and the current government decided to hold centennial celebrations all the way from April 2017 to February 2020.

Revisiting the quirks and perils of life under Communism while revelling in contemporary Western comforts is a big selling point for Tallinn. Founded in medieval times, the Estonian capital lies just a two-hour ferry ride from Helsinki, Finland, and the Estonian language strongly resembles Finnish.

Even if you’ve only got a day in this vibrant city of 427,000, you’ll find plenty of ways to divert yourself. Here are 10 can’t-miss things to do in Tallinn.

In the early 18th century, Tsar Peter the Great originally intended this property to be a summer residence for his wife, Empress Catherine I. In practice, the Russian royal family rarely showed up, but Kadriorg Palace has been beautifully preserved. It was modelled on Italian palaces of the period. Today, it houses a well-curated foreign art collection with paintings by Jacob Jordaens and Ilya Repin, among others.

This 2014-founded showcase of modern Estonian food is located in the medieval city. The ambience offers a dream-like take on farm life. Chandeliers, milk jugs, bird cages, and a big white grand piano enliven the decor. Weirdest of all is a diorama with a stuffed wolf and wild boar dining together at a table. Juicy duck filet with baked parsnip and cherry red wine sauce is one of the specialties, and ingredients are sourced from local farms.

When this 23-floor hotel opened in 1972, it was Tallinn’s tallest building and the most comfortable place for Westerners to stay. What KGB spies didn’t tell the Finnish architects was that they were installing microphones and cameras all over Hotel Viru, including ashtrays, lamps, and phones. Today, you can visit the old on-site KGB radio transmission centre with recording equipment and gas masks.

Strikingly picturesque with 26 red turreted towers, Tallinn’s city wall dates back, in its oldest sections, to the 13th century. Nearly two kilometres of the wall, which served to defend this longtime Hanseatic League trading city, has been preserved. Head up to the Patkuli viewing platform for a fantastic panorama of the wall and Tallinn as a whole.

This outdoor exhibition, officially entitled “Memory,” is a stark reminder of where art went during the era of the Estonian Soviet Socialist Republic (1940-1990). If you’re looking for a 1952 bronze Lenin monument or a 1988 granite sculpture of Estonian Communist Party leader Viktor Kingissepp, you’ve come to the right place. Located in the Marjamae Palace Park behind the Estonian History Museum, the statue park is simultaneously scary and surreal.

Did you know Tallinn co-hosted the 1980 Summer Olympics with Moscow? Since the Russian capital isn’t on the sea, Tallinn got the sailing events. If you love kitsch, head to Antiik Kaleidoskoop, a cluttered indoor bazaar that hawks old Olympic memorabilia, like dolls depicting the mascots, Misha the bear and Vigri the seal. Hammer-and-sickle buttons, Stalin busts, and hilarious anti-alcoholism and pro-cosmonaut propaganda posters are also available.

Urban development has come a long way since the days of drab Communist buildings with communal dwellings. Case in point: the revitalized Noblessner district facing Tallinn’s harbour. It was originally a submarine shipyard under Imperial Russia (1913-17). Its name is a hybrid of founders Emmanuel Nobel (nephew of Alfred Nobel, the inventor of dynamite) and Gustav Lessner. Today, those St. Petersburg businessmen would be stunned to see the spectacular modern apartments, the Shishi interior design shop, and the inventive 180° restaurant operated by Michelin-starred chef Matthias Diether here.

The Suur Toll is the world’s biggest intact steam-powered icebreaker built before World War I (barely, as it arrived in Tallinn in July 1914). The 75-metre-long boat is moored at the Lennusadam seaplane harbour, near an impressive collection of 18th-century Swedish cast iron cannons. Word from locals is that you can sometimes sneak on board the Suur Toll without buying a ticket, which, of course, is not recommended.

The Bronze Soldier, designed in 1947 by sculptor Enn Roos, stands 6.5 feet tall, but looms larger as a flashpoint for political controversy. This statue commemorates fallen Soviet Red Army soldiers of World War II. There were riots in 2007 among Estonia’s large Russian-speaking minority just before the Estonian government decided to relocate it from a central downtown location to the Tallinn Military Cemetery. While observing it peacefully today, 1980’s action movie buffs may debate whether the monument more closely resembles Arnold Schwarzenegger or Dolph Lundgren.

Microbrewery fans love chilling on the dog-friendly patio at this homey bar, credited with jumpstarting craft beer’s popularity in Estonia. It’s located in the industrial, artsy Telliskivi area, and has more than 10 beers on tap. Sip Estonian favourites like Kolk Nakk, a passion fruit witbier. 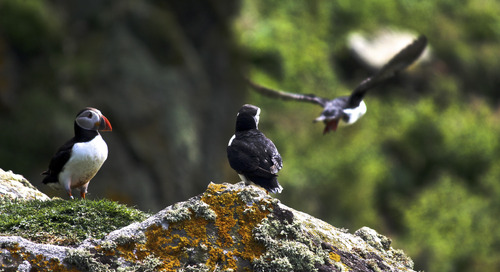 A coffee-lover's guide to the Scottish Highlands

There's more north of Edinburgh than good whisky (though there's that, too) 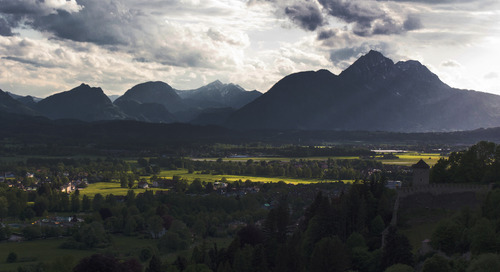 Salzburg without The Sound of Music

The hills are alive with so much more