Beach towels stretch across the sandy shoreline; it’s a multi-coloured summer collage of reddened bodies sprawled across rectangle pieces of cloth. The afternoon sun is forceful, illuminating everything it can touch. A middle-aged man attempts an uncoordinated tip-toe ballet across the white-hot sand toward the water; his face pained but laughing. Small children play with plastic buckets in the shallows as a kite surfer casts a slow-moving silhouette across the horizon.

It’s an idyllic summer scene, but not one from where you would necessarily imagine. Somewhere like the Bahamas you might guess? Try the Baltics instead. A region of endless sand dunes, long sun-kissed days, and undiscovered shorelines, the Baltics come alive every summer. From unique outdoor festivals, to dining under the stars, to some of the best aquatic adventures in all of Europe — the Baltics is the summer vacation you never imagined, but always dreamed about.

Midsummer on the Hill of Witches

A masked man moves along a gravel path. Part human, part Minotaur, his rubber soles crunch the ground with every step. In the distance, there are people gathered for the celebration. The drumming gets louder. Voices rise. On the hill, wooden carvings stand looking like nightmares come to life. Gargoyles and horned beasts rest frozen in time, captured as wood sculptures in one of Lithuania’s most curious modern landmarks — the fabled Hill of Witches.

Established in 1979, The Hill of Witches lies in a forest on the Curonian Spit — a remarkable 98km (60 mi) long, sand dune that separates the Curonian Lagoon from the Baltic Sea coast. The Hill of Witches features roughly 80 wooden sculptures along a series of trails. The pieces depict characters from Lithuanian folklore and traditions on a site that was used to hold pagan gatherings. While accessible to travellers most of the year, the Hill of Witches is one of the best places to celebrate the midsummer in the Baltics — a celebration dating from pre-Christian times when people used to commune around huge fires to practice rituals that would protect against evil spirits that were believed to become active when the daylight faded. Today midsummer celebrations in Lithuania are better known for singing songs, drinking, dancing, and jumping over bonfires. Of course.

Taking to the water in Estonia

Strap on your scuba tanks, because the island of Saaremaa in Estonia has some of the best diving in the Baltics. Divers are drawn to Saaremaa not just for the water clarity, underwater rock formations, and diversity of marine life; but set in this underwater world are some of the most accessible shipwrecks in the Baltics — lying at the bottom of the Riga Gulf.

The largest Island in Estonia, Saaremaa is a relaxed, unspoilt land home to forests of pine, spruce, and juniper trees and farmlands with windmills still turning in the fields. It’s known for producing quality local vodkas and beers (such as anything from the excellent Pöide brewery). Those looking for an above-water aquatic experience, should consider testing their balance paddle boarding at one of the schools around Saaremaa. You’d be surprised at how quickly you can become an expert at standing on a paddle board when the water has the kind of chill that makes sitting naked on a deep freezer look like a good way to warm up.

Dining under the stars in Riga

The busker wipes a thin film of sweat from his forehead. He tunes a violin, plucking and stroking chords into life as the sun sets into the surrounding skyline. The Art Nouveau buildings of Riga’s Old Town look like gothic sculptures bathed in pale light. The streets begin to hum to the sounds of shared conversations over an evening meal, as restaurant staff soft sell passing locals with menus that feature modern interpretations of local cuisine like cūkas ausis (pig’s ears.)

Dining in the Baltics does not mean having to eating indoors, nor that your plate will only be filled with potatoes and cabbage cooked three ways. Over the summer months, the streets of Riga’s Old Town are lined with people enjoying some of the most exciting cuisine in Europe. Those diners looking to eat as a local, should head to Restaurant 1221 for updates on such traditional Latvian favourites as beaver, elk, venison, and the classic beet-red borscht.

People always tell you to expect the unexpected when you attend a summer music festival, and an open mind should always be one of the first things packed before heading off on your musical adventure. However, those music lovers who want to be part of something out of the ordinary at their next summer festival can’t miss the opportunity to see some amazing live acts in the middle of an old power plant.

Each year Finland, neighbour to the Baltics, puts on a can’t-miss show. The Flow Festival draws 60,000 music fans to the abandoned Suvilahti power plant on the outskirts of Helsinki. Musicians who have appeared on stage at the Flow Festival in recent times include Iggy Pop, Massive Attack, Jamie XX, Morrissey, Sia, and New Order. Not merely an aural experience, Flow Festival also showcases works from the Nordic countries’ and the neighbouring Baltic states’ most innovative visual arts, stages one-off film screenings, and curates a range of politically engaging talks.

Encompassing a wide range of departure dates, G Adventures can help you sample the best of the Baltics and show you a part of the world that comes alive every summer. Check out our small group trips for the Baltics here. 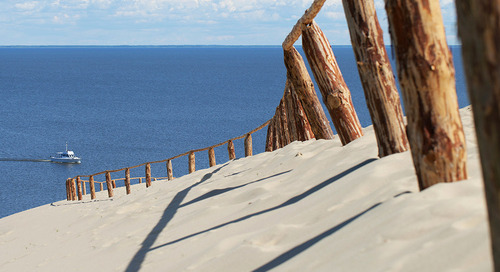 If we offered you a spot to go diving, hit up a music festival, or a stroll on a sandy beach, would you gue... 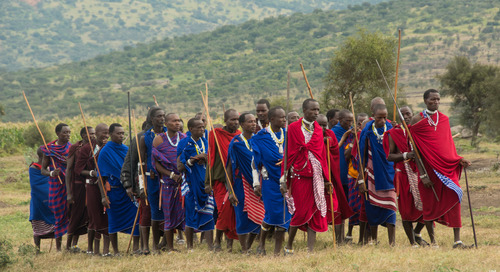