Home » The Looptail, The Travel Blog Powered By G Adventures » Taking a break on the road isn't wasting time, it's using it
× Share this Article

There’s a lot to see in Kyoto. The little streets leading up to the temple on the top of the hill with their shops and restaurants that make the best Japanese places back home look foolish, with servers steeped in Kyoto protocol, an extreme form of Japanese politeness that impresses, and sometimes intimidates, even Japanese citizens from other parts of the country. If you bounced from one to another, took every side alley, you’d find some amazing stuff, and probably get some awesome pics.

But sometimes, standing still in the middle of Kyoto is the very best way to experience it. Or sitting. You can sit, too. Let me tell you how I know.

Air Canada sent out these mass emails on Wednesdays (I think it was) with ridiculously cheap fares for the seats they hadn’t been able to sell. It was before algorithms. I enjoyed the places, but in what I would later realize was a very specific way. I got those emails all the time, and I had no plan for the future. I walked around Berlin in the full knowledge that I might be back next year, or next month, or whenever it cost the equivalent of two days’ temp pay again. If I missed the Brandenburg Gate because I found a cool neighbourhood in the old East part of town where everyone at the lunch spots looked angry, well, no matter. I’d be back. As a result, my travels during this period tended to be wandering affairs. Time was cheap, and I spent it profligately.

There's a reason writers and philosophers and scientists have spent so much time in cafes and on footpaths. Wordsworth called it wandering lonely as a cloud. It let him appreciate the daffodils. But you don't have to be Anthophilous (to switch poets and centuries) to benefit from what the business world has mis-titled "downtime."

Vacations can be, counterintuitively, quite stressful. You probably don't travel all the time, so you'll probably want to get the most out of this trip to Japan, or Iceland, or Senegal. We can fool ourselves into thinking that "getting the most out of a trip" means continually moving from one thing to the next, seeing as many different things as we can, because who knows if we'll ever be back. We can convince ourselves that "doing things" is synonymous with physical activity.

But unless your chief reason for travelling is to be able to catalogue what you saw and did for friends and family (and Instagram followers), there's an argument to be made, and I'll make it, that if you don't spend a decent amount of time sitting — either by yourself, or with others, not talking — or walking not to see sights, but to think thoughts and feel feels, you won't be getting as much out of your trip, or enjoying yourself as much as you could be.

Sure, you want to see sights, too, but thinking of travel in terms of productivity or achievement is like thinking about business in terms of hugs and bunnies. Unless you’re actually dying, bucket lists are the travel equivalent of knowing the price of everything and the value of nothing. What good is it having seen every café along Dizengoff, the Bat Hatfutsot, the Eretz, the Bialik, Ruben, Herliya, and all the best Bauhaus in Tel Aviv if all you’re enjoying is the fact of having seen them?

I travel quite a bit for work, and often need to jump from one thing to the next. But the things I remember, the things that lodge in my heart and float back to me in sofa moments of reverie, are the things I spent time with. Not the Great Wall of China, but the pet shop in Shanghai where I stopped and listened to a group of men debating the relative merits of crickets. I remember actually getting the hang of what they were discussing despite not knowing Mandarin. And it was there I learned that cricket-fighting is a thing in China, and a good cricket can go for big bucks. I perused the bamboo cricket cages, delicate octahedrons for them to rest in between contests. I hadn’t been meaning to visit a pet shop that day. I was just wandering down some streets and let my curiosity lead the way.

I’ve had similar experiences at a buttermilk shake shack shaped like a mushroom in Bregenz, Austria, a café with a secret back dining room behind the Institut de France where the waiter shook my hand on my third visit in five days, as if to welcome me to the league of regulars who get to eat through the unmarked door behind the bar. I obviously could have seen a lot more Parisian cafés if I hadn’t kept going back to that one, but going back several times, and spending time — I probably spent close to 10 hours there over the three visits — taught me things, like how often the French order in spots like this without looking at the menu, certain even if they’re not regulars that the place will have the coq au vin, the croque monsieur, the tarte tatin, or the glass of Côtes du Rhône they want. On my second visit, I saw a guy who couldn’t have been more than 14 years old light a cigarette after having lunch with his mother, which struck me as so super-French (and incidentally, a sort of super-French one can no longer experience, since they outlawed smoking in cafés a couple of years later).

I remember, too, sitting on a bench in Phoenix Park, drinking one of those tiny plastic jugs of milk you get from the corner stores, reading, looking up at the chestnut trees, reading some more, watching the park strollers stroll, nodding occasionally at another park-sitter across the way. I lived in Dublin for a year, and have been back many times since, and that’s still one of my brightest experiences.

You could say it’s about quality over quantity, or that memories take time, but really, it’s just about realizing that travel is not so much about getting there as being there, in the place you are, fully, letting your mind catch up with your feet.

Ready to head out an adventure where mindfulness and being present in the moment is key? Here are a few of our top Wellness tours to consider: 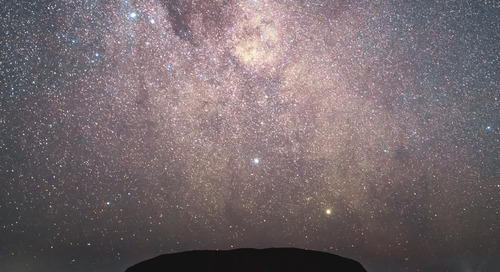 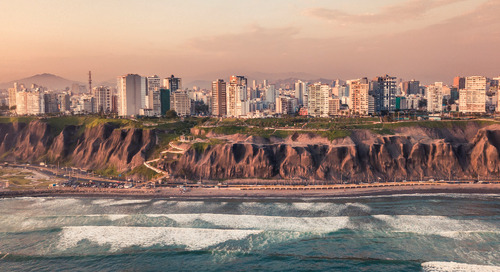 Let us lead the way from Lima’s coastline to sandboarding down dunes and up into rainbow-streaked mountain ...