Home » The Looptail, The Travel Blog Powered By G Adventures » The Big State: Finding Alaska’s beauty in all things big and small
× Share this Article

Alaska is a place of extremes. It’s seriously big (twice the size of Texas) with a shoreline longer than the entire Atlantic Coast and is home to 54 million acres of national parks. It’s also seriously small, with ecosystems of endemic moss holding up tiny flowers barely the size of a pin. Here is a place where everything you see seems to require a wide-angle lens to capture, but the focus of a microscope to really see. I travelled to this lonesome U.S. state to try and learn more about this world of big and small.

Not only is Alaska huge — it is also remarkable. The state is home to three million lakes, 5,000 glaciers and 3,000 rivers. The tides that roll in and out along Alaska’s coastline are among the largest in the world, leaving mudflats the size of suburbs at low tide at the end of each day. Ketchikan, Alaska, lays claim to being the rainiest town in the entire U.S., and is home to North America’s largest mountain, recently reinstated as Denali (formerly Mount McKinley), which lies near the centre of the state. Denali stands at around 20,000ft (6,096 m) tall, although its exact height is not known. It's so large that it creates its own weather system, which tends to leave it hidden behind clouds around 75 percent of the time.

The epic scale of Alaska doesn’t end with the scenery: The wildlife here is equally as impressive. The state is home to 900,000 caribou and 70 percent of North America’s brown bear population. Each evening on docks all up and down the coast, fishermen earn bragging rights for their catch of the day. The Pacific Halibut here can be huge — as big as the fishermen who pull them out of the ocean.

The scenery and fauna here are only half the story. The other half occurs on a very different scale. Alaska truly bursts into life in the summertime, and with only 4–6 weeks of “true” summer, it’s a race every year for many plants and animals to grow and breed before the weather cools off and winter returns.

So don’t forget to look down. From beds of miniature flowers to carpets of moss covering the forest floor, there is an amazing tale of survival going on all around you. Even the smallest of life forms make up an important part of this incredible ecosystem. The caribou moss survives under the snow throughout the winter and is a vital source of food for its namesake; without it, the caribou could never survive and thrive in such harsh climates. What seems like a barely noticeable combination of flora in fact holds up the entire ecosystem in the national park.

The prolific fireweed plant is seen growing along almost every roadside and valley in summer. It flowers from the bottom to the top and it’s said that once the top blooms summer is all but over and the first snowfall of the winter is six weeks away.

Even in environments seemingly devoid of life there is beauty in both the massive and the miniscule. Exit Glacier near the town of Seward is made up of ice almost 656ft (200 m) thick. Its scale is truly inspiring, but equally fascinating are the tiny crystals of ice sparkling in the sunshine and on the leaves that have fallen onto the ice and been captured in the glacier.

It doesn’t take long before the beauty of this place becomes overwhelming. In the words of one local we met along the way: “That’s the problem with Alaska — you can never get it all in one shot.” These were some of the truest words I heard. The only way to truly see Alaska is to visit yourself.

Thinking of Alaska? Consider our Alaska Journey tour. We’re thrilled at the prospect of showing you this big blue planet of ours — check out our small group trips here. 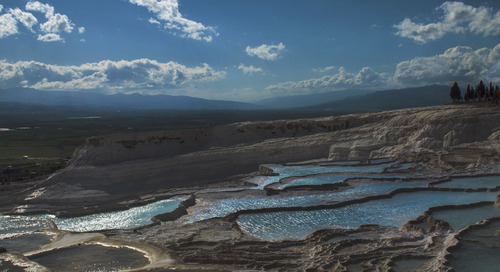 Adventure Unfiltered: Aurora Browne on getting stranded in Turkey 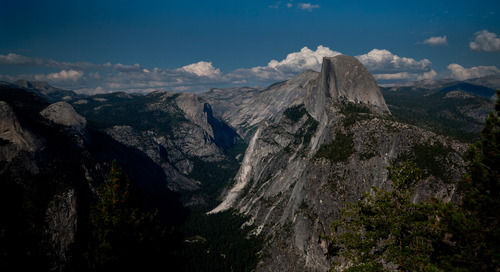 We asked Gary Arndt to share his Top 10 US National Parks.