Home » The Looptail, The Travel Blog Powered By G Adventures » The Caipirinha: A brief history of Brazil’s famous cocktail
× Share this Article

The Caipirinha: A brief history of Brazil’s famous cocktail

It’s no surprise that the most loved and certainly the most famous cocktail of Brazil is the mouth-wateringly refreshing caipirinha. But where does this drink come from? What are its origins? The caipirinha is a very simple cocktail with one main ingredient: cachaça. And it is with cachaça that the story begins.

Cachaça is a spirit distilled from fermented sugarcane juice. It can be consumed on its own, on “the rocks,” or as a rum substitute in many cocktails — the Cuba Libre, Mojito, Daquiri, to name a few.

Cachaça is often confused with rum because both spirits are derived from sugar cane; nevertheless, they are surprisingly different. Rum is generally made from molasses, a dark-brown syrupy by-product created during the process of refining sugar. Cachaça, on the other hand, is made from the fresh-pressed juice of the sugarcane, called grape, and contains nothing else. Cachaça undergoes a more pure refining process and is aged in vats of aromatic indigenous Brazilian woods (amburana, jequitibá, tapinhoã), unlike rum, which is often aged in oak barrels.

There are many different cachaças on the market and especially so in Brazil; the choice can get somewhat overwhelming. Like any other spirit, there are some extraordinarily good options, and also some incredibly poor ones (that will leave you with an outsize hangover and splitting headache). My suggestion is visiting a local spirits and wine store and asking with the shop owner for their recommendation.

A caipirinha cocktail is surprisingly simple to prepare. The recipe is as follows: lime slices smashed into a glass with two tablespoons of white sugar, ice cubes and a shot of cachaça. Mix well and enjoy!

Cachaça has been around in Brazil since the 1500s, but when was the caipirinha invented? Although there are many theories around how the drink came to be — one of which suggests that a variation of the drink was used to help cure the Spanish Flu epidemic in the early 20th century — the original recipe likely contained garlic, honey, lime and other strong natural substances—a variation of which is still used to this day to help cure the common cold. And for the non-medicinal version, the balance of sweetness and acidity of the cocktail (plus the contrast of cold against the Brazilian heat) really set off the cocktaik's flavour.

Do you remember the first time you tried a caipirinha? Or have you tried any of its cousins?, The caiprioska, or simply the caipi? Saúde y Boa Viagem.

G Adventures runs a number of departures in Brazil encompassing a wide range of departure dates and activities to cater to different tastes. We’re thrilled at the prospect of showing you this big blue planet of ours — check out our small group trips here. 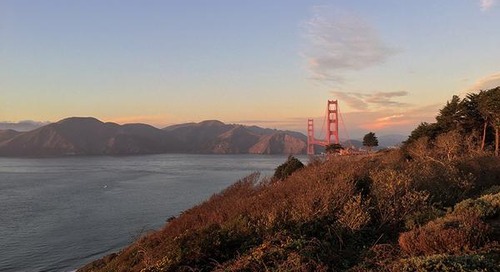 Top 5 ways to explore San Francisco like a local

Join travel photographer Genevieve Hathaway as she reveals all of San Francisco’s secrets. 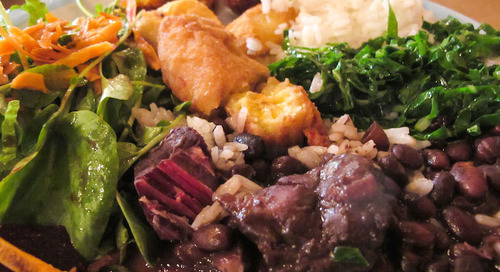 Dig In: 5 foods to try in Brazil

South America’s largest country might also boast the greatest variety of cuisine on the continent. Know you...