Home » The Looptail, The Travel Blog Powered By G Adventures » Spectacular wildlife and the strange history of Floreana Island
× Share this Article

Home to black sand beaches, sparkling lagoons, and misty highland peaks, the island of Floreana, on the Galápagos, has an extraordinary array of natural attractions. The sixth-largest island in the Galápagos Archipelago is a major draw for wildlife watchers, with biological wonders both on land and below the waves. Aside from its natural allure, Floreana has an intriguing — at times rather dark — history of human settlement, for which the island has acquired no small degree of infamy.

Jutting out into the ocean on the island’s northern side, Punta Cormorant is one of Floreana’s wildlife wonderlands. Galápagos penguins dive for fish offshore or lounge on the rocks, while red-billed tropicbirds nest on the rocky cliffs above. Further out, lava gulls teeter on the jagged black rocks of the Devil’s Crown (a submerged volcanic cone) while angelfish, marbled rays, and reef sharks glide about in the surrounding waters. Nearby, sea lions bask on a beach that, because of the presence of the mineral olivine, has a greenish tint.

From there, a trail leads to a powdery white sand beach on the other side of the isthmus, where the tracks of green sea turtles can sometimes be spotted on the shoreline. Even more spectacular is a mangrove-lined lagoon just inland that supports one of the largest populations of greater flamingos anywhere in the Galápagos. As many as 150 of the elegant long-legged birds can be spotted there, along with numerous other water birds and the odd Galápagos hawk soaring overhead.

Floreana’s only human settlement is the tiny village of Puerto Velasco Ibarra. Its 100 or so human residents are often outnumbered by flamingos and sea lions. An eerie quiet hangs over its dusty streets and often-deserted port. Strolling past its slumbering houses after nightfall, against the backdrop of dark ocean waves and a sky full of stars may make you feel as though you’ve reached the edge of the world.

This remoteness was precisely the appeal for some of the first inhabitants to Floreana. Back in the 1930s, three groups of German settlers arrived to set up their own version of Eden. They were eccentrics: among their ranks was a nudist dentist who had all his teeth removed (to avoid future dental troubles), and a self-described “baroness” who came with her entourage of three lovers; after setting up camp, she quickly proclaimed herself “Queen of the Galápagos.” There were also the Wittmers: a WWI veteran, his wife, Margaret, and the vet’s teenage son and Margaret's stepson from Cologne.

Despite their common nationality, there was much friction, and a series of mysterious events soon engulfed all of them. The baroness and one of her lovers disappeared; another died in a boating accident. The dentist died of food poisoning. Some suspect foul play in their deaths. No one quite knows what happened, though much has been written about those events, particularly by Margret Wittmer (read more on Floreana's dark history). Today, her descendants manage one of the island’s only hotels.

These German settlers first lived in caves in the lush hillside known as the Asilo de la Paz. Here you’ll find a freshwater spring, Floreana’s only natural water source, as well as some massive lumbering giant tortoises. This is also a good place to look for the endemic medium tree finch, which exists only on Floreana. For more fine views over the island, the 340-metre-high (1,115 ft) Cerro Alieri offers a fantastic vantage point that takes in both sides of Floreana. It’s a spot that the island’s early pioneers no doubt enjoyed while contemplating the great beauty and solitude that lie at the heart of this remote corner of the globe — in spite of the controversies and mysteries that surrounded their time there.

Fancy a trip to Floreana? We can get you there. G Adventures offers a number of tours of the Galapagos, comprising a wide range of activities and travel styles. We're excited at the prospect of showing you more of this big, beautiful world — check out our small group tours to the Galapagos Islands here. 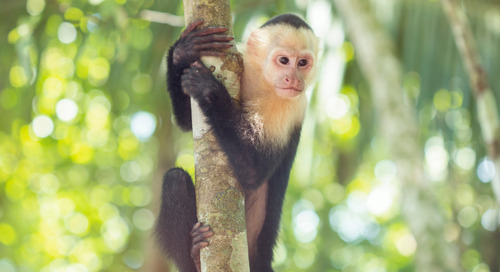 We're here to help you say 'way to go, me!' whether you're graduating, retiring or your next birthday has a... 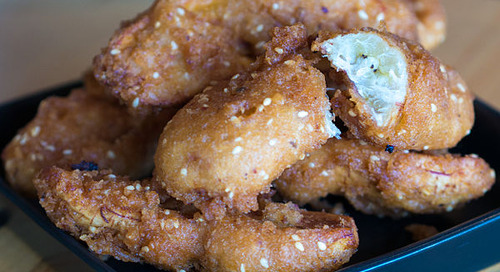 New Zealand native Brendan Lee takes us on a foodie tour of the top five eats in Bangkok. And guess what? P...