Home » The Looptail, The Travel Blog Powered By G Adventures » Through the Maize: Foods of Zimbabwe
× Share this Article

The predominant African cuisine in my hometown of Montreal was Ethiopian, spicy and rich and served on shared platters of spongy injera bread made from teff. As with many other regions of the world, geography, topography, and colonization have each influenced the disparate cuisines of different African nations. As New World foods made their way across the seas on trade routes, they combined with heritage grains to leave a different food culture in their wake.

Located in the southern reaches of central Africa, Zimbabwe is a landlocked country with popular dishes that include air-dried meat and fish, peanuts, and a whole lot of maize. While the traveller may know Zimbabwe best for its complicated history, beautiful nature reserves, and Victoria Falls, it’s always important to understand the local food. African trade routes and the influence of British rule have both shaped the existing local food staples into the cuisine that exists today.

Thanks to Britain, not so spicy

Unlike Mozambique or Angola, colonies of Portugal that embraced the chili pepper via trade routes from Brazil, Zimbabwe skewed toward the dishes of its colonial ruler: Britain. This means fewer spices, more tea, and more bread. As a result, the food in Zimbabwe is a bit blander than you would find in some other countries in Africa.

Britain controlled what is now Zimbabwe as of the 1890s, via The British South Africa Company of Cecil Rhodes. The country became a self-governing British colony called Southern Rhodesia in 1923, annexed by the United Kingdom. With Northern Rhodesia’s independence as present-day Zambia in 1964, Southern Rhodesia became the independent land of Rhodesia in 1965. What followed was more than a decade of civil war, culminating in formalized independence in 1980. For a backgrounder of this difficult time, please see Rhodesia’s War of Independence, by History Today.

Prior to British rule, the country was ruled by a series of kingdoms, including the Kingdom of Mapungubwe, who traded with the Portuguese around the time they landed in Africa.

From ancient grains to corn and maize

Africa has more native grains than any other continent. Per Lost Grains of Africa: Part I, the region is home to millet, ember, sorghum, teff, and other grains that are currently surging in popularity in the West, as they are naturally gluten-free and nutritious.

During modern times, these ancient grains were supplanted with such imports as rice, wheat, and corn/maize. The latter was domesticated in the New World, in southern Mexico, and made its way to Africa in the 1500s, travelling to the centre of the continent via the sea ports on the coasts. (Source). Per the International Institute of Tropical Agriculture, Africa now produces 6.5 percent of the world’s corn, focusing primarily on white maize. Despite its origins across the sea, corn has become a hugely important component of the Zimbabwe diet, as have other New World starches such as cassava, beans, potatoes, and squash.

Though bread and rice are eaten in Zimbabwe, maize/corn remains the staple food. And as starches go, Zimbabwe’s national carb is sadza. Made from cornmeal, it accompanies just about every meal, breakfast, lunch, and dinner. Cooked slowly over a fire until porridge-thick, then topped up with additional cornmeal until it is a paste, it serves as a utensil as well as a starch. To eat, roll it into a ball, or flatten in your hand, then scoop up the rest of the dishes and mop up some sauce.

Another maizey porridge is bota, a cornmeal extravaganza flavoured with milk, peanut butter, butter and sometimes jam, making it a popular breakfast option.

And corn is not limited to chewable food: as with chicha in South America, maize is used for a fermented drink called maheu, which is made with the additional ingredients of sorghum, milk solids, and sugar.

Dried, preserved food has the benefit of not only avoiding the need for refrigeration, but also ensuring access to nutrition regardless of seasonal changes. Salting cod preserved it for long-distance travel via treacherous boat rides to the New World from Portugal and Spain.   Kapenta, tiny freshwater fish from Lake Tanganyika, are preserved by drying in the sun, served as is or added to a stew of tomatoes, onions, and greens. They’re accompanied by sadza, of course.

Biltong, also popular in South Africa, consists of meat that has been spiced and marinated or brined, then air-cured. Resembling beef jerky, it makes for a protein-rich snack any month of the year. While North Americans may be used to beef or turkey jerky, springbok, beef, and kudo are all used in Zimbabwe.

As with dried meat and fish, bugs provide an extra protein source during dry months. Entomophagy, or the practice of eating insects, is common in many tropical countries, including Mexico’s Oaxaca and their grasshoppers, Cambodia (tarantulas), Vietnam (silk worms), and Zimbabwe.

In Zimbabwe, the bug of choice is gonimbrasia belina, a species of emperor moth whose large edible caterpillar is locally known as the mopane worm. In summer months, markets sell dried versions of these spiny caterpillars by the pound, which can be eaten fried.

And peanuts, another crop that made its way to Africa with the Portuguese, are used to add protein to stews and sides, most notably in a dish called dovi, or peanut butter stew.

The Lost Crops of Africa, The National Academies Press

G Adventures runs a number of departures in Zimbabwe encompassing a wide range of departure dates and activities to cater to different tastes. We’re thrilled at the prospect of showing you this big blue planet of ours — check out our small group trips here. 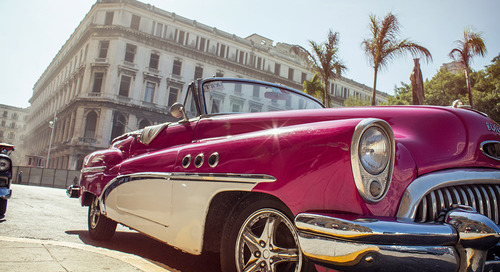 Travel writer Shelley Seale leaps off the page and into a version of Cuba that only Hemingway could imagine. 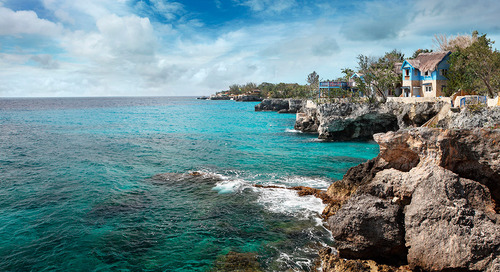 Usain Bolt's golden feet have given Jamaica a confident new swagger on the global stage, but its music scen...