Home » The Looptail, The Travel Blog Powered By G Adventures » Stop thinking of Singapore as a stopover
× Share this Article

Stop thinking of Singapore as a stopover

Stopovers are an unwanted sight on any travel itinerary. However, for too long, one of Southeast Asia’s most exciting travel destinations, Singapore, has been incorrectly viewed as merely a stopover for travellers on their way to one of Thailand’s or Indonesia’s white-sanded beaches. But Singapore is a destination in itself. Here’s why:

The best bars are the hardest to find

You move past tables filled with families and friends picking over late-night meals. The door to the bathroom swings open and a middle-aged man eyes your group of four suspiciously as you crowd into the lavatory passageway. You feel the sudden urge to blurt out, “We’re just looking for a place to drink.”

There are three doors in the passageway: one marked female, one male, and one with a lock that requires a code. Thick lines of white chalk reading “private” are scrawled across the dark green paint of the security coded door. To your surprise, a friend is able to get through the door simply by pushing on it. You walk down a dimly lit passageway and into a buzzing, boozy room filled with university students, artists, and white collar workers.

Nowhere in Singapore is the city’s restless nature more visible than in its thriving late-night bar scene. The European-style beer houses may be easy to spot, as they are positioned prominently in hotels around the city, but more adventurous drinkers ought to seek out Singapore’s blink-and-you’ll-miss-them speakeasies. From Bincho Bar, which is hidden behind an already-hard-to-find Japanese restaurant, to Operation Dagger, which is completely sign-less, Singapore has a thriving underground bar scene ripe for exploring.

The city has a forgotten — and buried — history

A tropical summer sun sits fat and lazy on the horizon. In the distance, cranes on partially completed skyscrapers cast long, spidery shadows over the city, as the last rays of the day hit the decaying tombstones in the Chinese cemetery at Bukit Brown.

The final resting place for more than 100,000 people, Bukit Brown tells the forgotten story of Singapore. Unfortunately, it is a story that may soon be lost forever, with redevelopment plans underway that directly impact the site. Many famous Chinese pioneers who helped develop modern-day Singapore were buried at Bukit Brown, such as Tan Lark Sye, who co-founded Nanyang University, and Lim Chong Pang, for whom Chong Pang village is named. Cemeteries such as Bukit Brown are also home to local bird species and offer respite from the constant hum of the city, as well as space to pause and reflect. With regular guided English language tours, Bukit Brown is a unique space to learn about Singapore's backstory — before it is too late.

You can literally glide through nature

Singapore has some impressive man-made sights, but after you’ve walked over a shifting floor of broken peanut shells in the famous Raffles Hotel front bar and squashed shoulders sitting next to fellow tourists in a riverside restaurant, you might find yourself craving something a bit more natural.

The rural island of Pulau Ubin offers travellers the opportunity to glide through the mangrove-enclosed wetlands on a kayak. Only a short boat ride from Singapore Island, Pulau Ubin’s mangrove waterways are surrounded by lush forest, and are home to wildlife including oriental pied-hornbills, black-capped kingfishers, hermit crabs, otters, and pink dolphins. Far from the urban symphony of downtown Singapore’s building construction and traffic sounds, drifting silently through the thick mangroves of Pulau Ubin watching for local wildlife is like visiting another world.

The mid-afternoon air is thick with the sounds of a K-pop song and the chatter of polite bartering. A university student smiles patiently at passersby, talking excitedly when someone pauses to admire her handmade notebooks. She is one of many stall holders at MAAD, or Market of Artists and Designers, which focuses on original creations by local artists and designers. It’s part of a growing community of budding small-scale entrepreneurs who have set up shop in Singapore's increasingly popular flea markets.

Singapore is known for shopping, but rather than testing the limits of your credit card in the air-conditioned shopping malls, test your bargain-hunting skills at the far more interesting flea markets. From the TGIF Bazaars flea market, which houses new and second-hand clothes and local handcrafts, to Boutiques, which specializes in leather goods, jewellery, and home décor, travellers are sure to find a unique gift or souvenir.

Haw Par Villa theme park is one of the most bizarre — and, at times, gruesome — places in Singapore. Built in 1937, Haw Par Villa is best known for its “Ten Courts of Hell” — in Chinese mythology, these courts are visited after death by those who committed sins while alive — where gruesome sculptures depicting the punishments given to sinners are on display. It’s a must-visit for those interested in cutting through Singapore’s oft-conservative nature.

G Adventures runs a number of tours that take in the best of Singapore, encompassing a wide range of departure dates and activities to cater to different tastes. We can’t wait to show you the wonders of one of Asia’s s most exciting travel destinations — check out our small group trips for Singapore here. 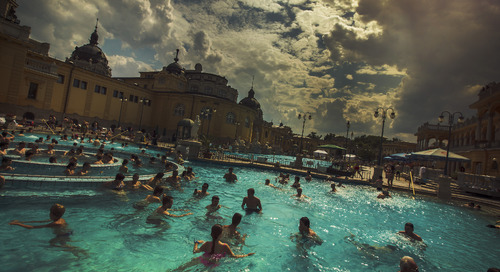 Discover the baths of Budapest

The Hungarian capital is full of thermal springs that have been used for relaxation and revitalization for ... 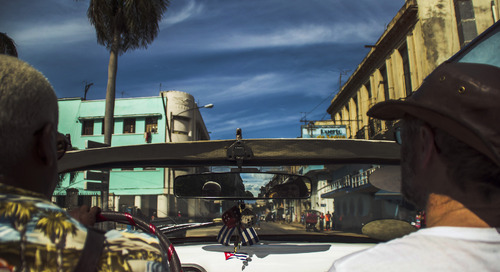