Home » The Looptail, The Travel Blog Powered By G Adventures » 5 Tips for Photographing Budapest’s Most Stunning Attractions
× Share this Article

Budapest, the capital of modern-day Hungary, is one of the great cities that once comprised the Austro-Hungarian empire. Dating back to a settlement established by the Celts in 1 AD, Budapest’s rich and complex history spans from Roman times to its 21st century incarnation. These various cultural and architectural influences have made Budapest a photographer’s delight; a smorgasbord of stunning architecture, atmospheric streets, layers of history, and a variety of local traditions. The following are a few tips to make the most of photographing your travels in Budapest.

Built in 1896, for the 1000th anniversary of Hungary’s establishment as a sovereign entity, Budapest’s Parliament Building is an iconic symbol for the city. Designed in the Gothic Revival style by Imre Steindl, it stands as one of the great modern architectural buildings of Europe. And as a result, it is a key point of interest for photographers — pros and enthusiasts alike. There are many interesting angles from which to photograph this stunning building — get high above it on overlooking hills, or up close to capture the intricate craftsmanship of the façade. To get a sweeping, straight-on view of the Parliament Building along with the Danube, the best location is directly across the river. Be sure to bring your wide-angle lens, this is a long building.

Photography tip: The best time to photograph the Parliament Building is just before sunrise. The lights are still on, giving the building a nice glow, and the as sun rises behind it, the sky is illuminated in myriad colours. And early in the morning, the river in front of the Parliament Building is free from ship traffic. Bring a tripod or Gorillapod since you will need a longer exposure due to the low light.

The first permanent bridge connecting Buda and Pest, the western and eastern sides of Budapest, the Chain Bridge was only the second permanent crossing on the entire Danube River. There are many interesting views and angles around the Chain Bridge, so inspect the view from the sides, under the bridge, overlooking the bridge, and from either end. The most common photographs of the bridge are either from just to the side or high up on a hill, usually during the blue hour (10 to 15 minutes before sunrise). For photographs here, I prefer images that are a little more lively than those taken in the quiet morning hours — they showcase the vitality and fast-paced traffic of this crucial connection between east and west Budapest. My favourite time to photograph the bridge is in the evening — either straight on or a little ways back to show the full length of the bridge as all the pedestrians and cars zip back and forth across the Danube.

Photography tip: The evening lights of the bridge turn on just after sunset. Spend a little longer here and wait for the daylight to dissipate in anticipation of nightfall. The lights of the bridge, city and car traffic become even more pronounced. For light trails from cars, use a tripod and slow down your shutter speed to at least 10 or 20 seconds.

A Neo-Gothic and Neo-Romanesque style terrace located on Budapest’s Castle Hill, Fisherman’s Bastion is an architecturally interesting structure that offers sweeping views of the Pest side of the city and the Danube. The structure’s seven towers represent the seven Magyar tribes that established themselves in the Carpathian Basin in 896 AD. Fisherman’s Bastion provides picturesque early-morning panorama views of the Parliament Building and Budapest’s skyline with the Danube snaking between the two sides of the city. The Bastion itself offers interesting and memorable photo opportunities just before sunset and into the evening hours.

Photography tip: Photograph Fisherman’s Bastion at sunset, then stick around for another hour as the crowds dissipate, you will have this unique building to yourself to capture beautiful photographs.

Széchenyi Baths, the largest medicinal baths in Europe, is the heart of Budapest and its people. On any given day, families, couples and individuals from all walks of life gather to soak away the stresses of life and mingle with other locals. Bath culture in Hungary dates back to the Roman times and was revitalized when Hungary was part of the Ottoman Empire.

Photography tip: The best times to photograph the baths are just before sunset, or the blue hour just after sunset. To capture the colourful sky and the lights of the bath complex, bring a tripod and use a longer shutter speed with low ISO. Be discrete about your tripod. Technically tripods aren’t banned, but the bath is intended for bathers not photographers. Also be respectful of the folks bathing and ask before taking anyone’s photo.

Budapest isn’t just about the buildings, so don’t forget to pause from all those snaps of architectural marvels, and say “hi” to a local or two. Visit markets, join local Hungarians for the evening stroll, stop into crowded cafés and listen to local musicians play. Budapest’s people make the city what it is, so taking time to get to know them will leave you with more memories and meaningful images from your trip.

G Adventures runs a number of departures in Hungary encompassing a wide range of departure dates and activities to cater to different tastes. We’re thrilled at the prospect of showing you this big blue planet of ours — check out our small group trips here. 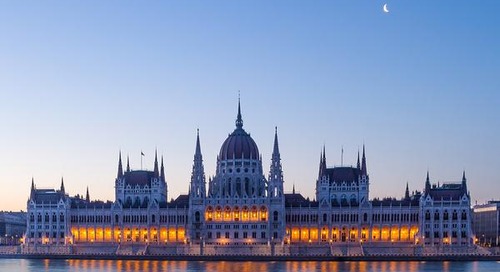 Photographer Genevieve Hathaway reveals Budapest is no slouch when it comes to subjects for a photographer ... 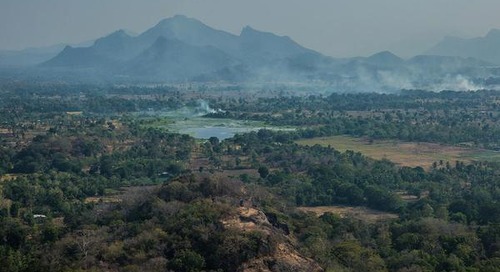 Legends, history and natural riches are waiting for you on this South Asian island. Travel photographer Gre...