Home » The Looptail, The Travel Blog Powered By G Adventures » 7 reasons why Sri Lanka should be your first trip to Asia
× Share this Article

Lush jungles, rural villages, and wild beaches — Sri Lanka is a Garden of Eden quietly tucked away from the well-trodden tourist path. It’s only a short distance from the chaos of India, and yet it seems like a world apart. In place of the crowds and traffic is a soothing sense of serenity, making for a gentle introduction to South Asia for first-time visitors.

The island may be smaller in size, but it’s got it all. First, the variety of natural environments found here is overwhelming, with habitats ranging from thick, tropical rainforests to verdant green rice paddies and misty highlands. Then there’s the rich wildlife — Sri Lanka is home to some of Asia’s last remaining leopard, bear, and elephant populations.

In comparison to neighbouring India, Sri Lanka has a good tourism infrastructure, with well-developed road systems and transport networks. You can easily travel within the country on trains and planes that leave on time. Locals are always more than willing to help, and you won’t need to worry about tourist touts here. Choose from a list of historical ruins and beautiful temples that make the region so alluring.

Beside being punctual and comfortable, Sri Lankan Railways runs spectacular train journeys over the country’s valleys, jungles, highlands, and tea plantations. It’s an excellent way to travel from one part of the island to another, especially if you’ve got time to spare.

The railway journey between Kandy and Ella is one to remember. Don’t forget to bring your camera and hang out on one of the rear carriages to capture the snap-worthy landscapes in this area.

Another eye-opening journey is the newly reopened train route from Colombo to Jaffna on board the Yal Devi (Queen of Jaffna) Express. This route was closed up until 1990 due to the civil war, but has recently started running again, which gives a rare opportunity for visitors to see a relatively unexplored side of the island.

Whether you’re on a budget or looking to splurge, Sri Lanka has a wide selection of accommodation choices and they're all available for booking online. Choose to stay in an ecolodge, a jungle retreat in the middle of the forests, or a tranquil hideaway beach resort — you’re spoiled for choice. The coastal areas, in particular, are dotted with beautiful, well-priced beach resorts that are uncrowded and perfect to kick back at for a week or two of exploring.

4. Charming towns made for exploring

There’s a town in Sri Lanka that’s a favourite of every traveller I’ve met. It’s easy to see why: Galle is a charming little colonial enclave located in the southern part of the island, oozing old-world charm and flavour. You can easily spend days wandering through its alleyways, weaving between auto rickshaws, and admiring its well-conserved architecture dating back to the European colonial era. It’s the perfect spot to stop and decompress between exploring.

One of the main sights to see in Galle is the 17th century fort, which is a UNESECO World Heritage site and the largest remaining fortress in Asia built by European occupiers. Other prominent landmarks in Galle include the city’s natural harbour, St. Mary’s Cathedral, which was founded by Jesuit priests, and Amangalla, the historic luxury hotel.

Like India, Sri Lanka has a slew of ruins, temples, and religious sites – including eight UNESCO World Heritage sites, thanks to its rich Buddhist heritage.

The icon of the country, and a must-see when in Sri Lanka, is the Sigiriya Rock. The UNESCO site not only boasts impressive archaeological importance, but also evidence of the country’s ancient history. The world-famous attraction features vertical walls topped with a flat-topped summit that contains the ruins of an ancient civilization.

There’s also no shortage of Hindu temples, with the Sri Dalada Maligawa (or the Temple of the Sacred Tooth Relic) being the most prominent of them all. Located in the Royal Palace of Kandy, the temple is grand and massive, and open to the public.

Sri Lanka is home to some of the last remaining wild animals in Asia. Just 197km (122 mi) away from Colombo is the Kaudulla National Park — one of the best places in the country to see wild elephants roaming freely. The best time to visit is between August and December, when up to two hundred elephants congregate at the a main irrigation tank for the annual “gathering.”

Besides elephants, there’s a slew of other wild animals that can be found in the park — including Sri Lankan sambar deer and axis deer, chevrotains, wild boars, Sri Lankan leopards, and sloth bears.

One big draw of Sri Lanka is definitely that its wild and empty beaches are free of tourists and touts (which is a rare find in Asia). You’ll find these spots all over the island: Beruwala on the southwestern coast has a long stretch of beach with a shallow reef great for families; Uppuveli and Nilaveli, both close to Trincomalee on the northeast, are secluded with stunning stretches of sand; Arugam Bay on the southeast corner is a crescent of golden sand perfect for surfing near during summer days and attending beach parties galore on during balmy nights.

G Adventures runs a number of departures in Sri Lanka encompassing a wide range of departure dates and activities to cater to different tastes. We’re thrilled at the prospect of showing you this big blue planet of ours — check out our small group trips here. 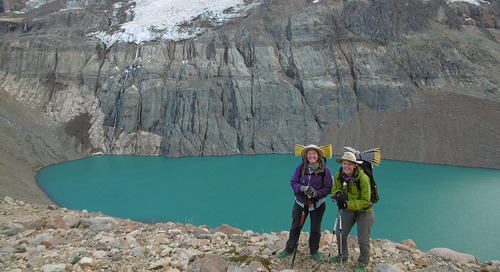 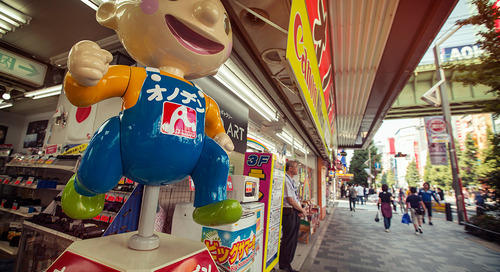 Japan: Where small is done big

With a population of more than 123 million, Japan’s got to make the most of its space. Paul Manser finds th...