Home » The Looptail, The Travel Blog Powered By G Adventures » Japan: Where small is done big
× Share this Article

Japan: Where small is done big

The ghostly vapour from a rolled up cigarette billows out of the bartender’s mouth like the smokestack from an industrial factory. Smoke clouds the room. She moves on instinct at the sound of ice rattling in an empty glass.

Elbow real estate on top of the bar is at a premium. Rows of sake and local beers take up much of the surface area. A bottle of local apricot liquor is pushed under my nose.

The bar is full. It is impossible to move to the small bathroom without getting physically intimate with other patrons. Conversations are shared between strangers and swigs of hard liquor. The bartender closes the door to the outside world; there’s no space for newcomers, it’s a full house. There are six people inside the bar.

Japan does small, big. From bars the size of a kitchen cupboard, to minute nine-seat Michelin-star restaurants; some of the best places to eat, sleep, and drink in the country make the most out of very limited physical footprints. But where should you venture to experience the very best of “miniature” Japan?

Getting your punk on in a “live house” — Kyoto

Paper clips hang from his ear lobe. His eyeliner looks like it was applied with a guesstimate at where his eyelids ended and cheeks began. A shock of heavily gelled orange hair barely moves despite the violent head thrashing as an updated cover of a Sex Pistols classic reverberates around the small room. This isn’t New York or London of the late ’70s, but Kyoto today.

A historic city better known for its traditional gardens and ancient temples; Kyoto draws travellers from around the world looking to experience Japan how it used to be. People come in the hope of seeing a geisha gliding through the streets between appointments; they come to squirm through the traditions of an onsen public bath. But what should not be overlooked on any visit to Kyoto are the “live-houses,” or small music venues that stage some of the most interesting nightlife in all of Japan.

Live-houses like Nano offer the chance to see an eclectic mix of live music in intimate surrounds. For those looking to experience the local punk or hard-rock scene however, Socrates is where it's at. Decorated like the ultimate Black Sabbath fan’s bedroom, with a heavy reliance on vivid fluorescent paintings on black walls, Socrates offers a glimpse into the alternative subculture of Kyoto. And it’s all about big sounds in small settings. Pro tip: a pair of earplugs will help prevent ringing ears and not shoving a dirty paper clip through your body parts will help prevent tetanus.

The faded white curtain shields the wooden door. The grey concrete building would be easily overlooked in the laneway if it wasn’t for a dozen noodle-crazed meal-seekers lining up at 11 a.m. Inside, one long counter sits nine customers at a time for what the world’s authority on dining has deemed the best ramen around.

As the first ramen eatery to be awarded a Michelin star, Tsuta (a tiny noodle shop in Tokyo’s north) serves steaming hot bowls of broth with signature thin, flat stone-milled wheat noodles to an endless audience. For the price of a fast food takeaway meal, a bowl of ramen from Tsuta can see you slurping through a flavoursome sea of soy and black truffle, as you showcase your best chopstick skills with generous slices of roasted pork.

There is no set closing time for Tsuta, the chef will just stop serving when he runs out of ramen noodles for the day. Given the size of the venue and the length of the line to get in, don’t expect to be sitting next to any travelling companions when you eat. Not that this matters anyway given conversation in Tsuta is limited to trying to decipher the varying pitches of noodle-slurping delight from around the room.

Sleeping it off in a capsule hotel — Osaka

A group of salarymen spill out onto the street. Their hushed, nicotine-stained conversations inaudible in the winter’s night. They adjust their ties, straighten their shirts. They look like the finishing line at a marathon; bleary eyed, colourless faces stumbling and shifting on unsteady feet. The bartender tells them to come back in. They’ve missed the last train. Better to have another drink before trying to find a bed in a capsule hotel for the night.

In a country where accommodation is so expensive that a week in a high-end hotel can leave your personal finances on life support, the Japanese have developed a creative (albeit not spacious) solution: a capsule hotel. Originally designed in the late ’70s to provide cost-effective sleeping solutions for the nation’s army of bachelor white collar workers (or salarymen), micro hotel rooms, or capsules, have grown in popularity and are now used by people from all walks of life.

Home to one of the world’s first capsule hotels, Osaka has numerous micro sleeping rooms across the city. Not for the claustrophobic, the sleeping quarters of a capsule hotel typically measure 2m x 1m x 1.25m (6.5 ft x 3 ft x 4ft), or basically something not that much larger than a coffin. The capsules are strictly for sleeping in (not that there is room for anything else) and a separate area of the hotel will house bathing facilities, a restaurant/vending machines, and lockers for your personal belongings. While an evening in a climate controlled sleeping coffin may not exactly sound appealing, your travel funds will certainly thank you later.

Tokyo after dark is a kind of glorious madness. There are people everywhere. The air is an aural soup thick with the noise of bad karaoke and a hundred computer games being played at the same time. Looking down the neon streets of the Shinjuku district is like staring into the sun. But this doesn’t mean that there isn’t a pocket of calm where slow conversation can be savoured over a warm sake, or single malt.

The bars of the Golden Gai district in Tokyo have played host to local musicians, filmmakers, artists, and first-class alcoholics over many decades. A collection of ramshackle buildings that can often only house a handful of people at one time, Golden Gai is made up of more than 200 tiny bars along six narrow streets, and offers a glimpse back into Tokyo’s past. Unchanged for decades, it’s a celebration of a city and its people from a time before the country’s “economic miracle.” However, getting a drink in Golden Gai is not easy. Many of the bars do not welcome tourists and

Although small in size, the bars of Golden Gai have some big stories to tell. For instance, during Japan's construction boom of the 1980s it was common for the Japanese mafia, or yakuza, to set fire to properties. They would burn down whole city blocks so they could sell the wasted land to scheming property developers. Unfortunately, the Golden Gai and the land it sat on was a prime target.

They say that the yakuza in Japan are all-powerful. They are everywhere and have a hand in everything. However, when it became apparent that Golden Gai was set for destruction, the bars’ owners, their workers, and regular drinkers all banded together. They guarded the district against the yakuza every night. With a metal pole in one hand and a half-filled bottle of sake in the other, their glorious misfit army of drunkards overcame the feared local mafia, and preserved one of the world’s most unique drinking destinations. 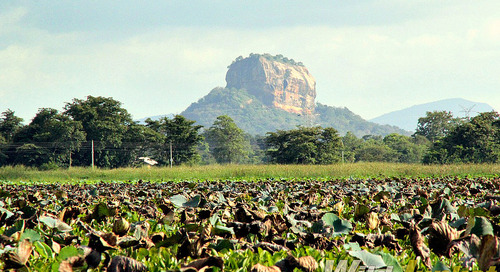 Planning your first trip to Asia but don’t know where to go? Travel Blogger Nellie Huang tells us why Sri L... 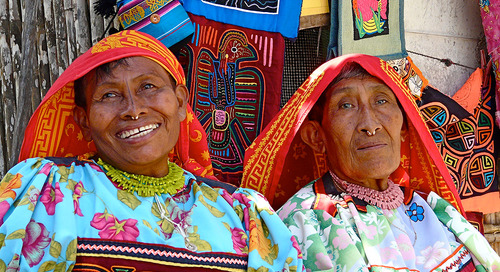 Although the white-sand beaches are a major draw, photographer Greg Snell reveals that culture and pristine...