Home » The Looptail, The Travel Blog Powered By G Adventures » 9 things to eat in Bogotá
× Share this Article

9 things to eat in Bogotá

After decades of civil war and instability, Colombia is stepping into the spotlight as an engaging destination, brimming with potential, and, for travelling food lovers, a larder that’s packed with unique and vibrant flavours. According to Ana Belen Cherry, MasterChef Colombia finalist and anthropology student studying ethnic gastronomy, there are a whopping 36 gastronomic regions within the underrated country’s borders.

Colombia’s capital and largest city, Bogotá is an emerging culinary hotspot, having caught the eye of the folks at Latin America’s Best Restaurants to host the fifth and sixth editions of the awards. Just as the country’s chefs and restaurants are gaining international recognition, so too are the indigenous ingredients and cooking styles. It’s why I’m found roaming through Paloquemao Square on the west side of the city eagerly accepting _una muestr_a (a sample) of unrecognizable fruits offered by its friendly market vendors. As someone who actively seeks out unfamiliar foods, I’m blown away by the diversity of the native products I encounter, learning that Colombia is the second most biodiverse country in the world after Brazil.

From food stalls to restaurants, I find a plethora of taste experiences that refresh, excite and register widely on the deliciousness scale. Whether it was traditional dishes or flavours used in contemporary, sometimes boundary pushing, menus – capybara, anyone? The wild rodent is fantastic smoked and served in a consommé made from its own meat at award-winning chef Leonor Espinosa’s refined Leo. Promise – I was most drawn to the sense of pride in the culture’s food, and the recognition that much of it is still awaiting discovery.

It’s easy to please your belly with crowd favourites like potato and meat filled empanadas, arepas, and tamales or to soak yourself in some of the world’s best coffee, but I find it hard to pass on trying foods that draw on the ancestral knowledge of indigenous and Afro-Colombian, like Leo’s rainforest-sourced leaf-cutter ants, especially if it’s available at an affordable price.

Want to broaden your flavour horizons? Here are some wonderful and unique foods to get you started:

Thick, hearty, and synonymous with Bogota, the famous Cuban-inspired stew consists of shredded chicken, three kinds of potatoes, and corn on the cob. Made with giant capers and guasca (a grassy and flavourful Colombian herb), the dish is served with avocado, cream, rice and more capers.

A popular breakfast, snack or Christmas food, these addictive golf ball-sized fried doughs are made using a batter made from queso costeño, a soft white cheese, and cassava flour. Best consumed warm, the mildly sweet cheese fritters have a delightful crust and a tender, almost cakey center.

Also known as pineapple guava, the egg-shaped fruit has a bumpy waxy lime-green skin that shields a thick, white, granular interior that has a jelly-like seeded core. Floral and nutritious, the fruit’s sweetness straddles pineapples and strawberries while hinting of spearmint, and can be eaten raw, juiced, made into cider and wine, or cooked in stews, pastries, chutneys or jams.

As a passion fruit lover, finding a sweeter variety was a revelation. Rip open the round fruit’s yellow rind to reveal the juicy, jelly-like pulp with dark, crunchy seeds that can be eaten or juiced. But the surprise was being told you’re supposed to swallow the seeds and not chew them as I had always done (the latter might result in gastrointestinal distress). Alas, old habits are hard to break.

A glorious traditional dish that stuffs suckling pig with peas, rice, and spices then roasted for hours. The handsome beast sports crispy crackling that sits over tender and flavourful meat in an all-in-one meal.

A bright orange egg-shaped fruit that looks like it’s a cross between a kiwi and tomato. Due to its super tart rhubarb meets lime flavour, the translucent flesh and green seeds are not typically eaten straight but made into smoothies (batidos) or blended with ice, lime, water and sugar to make a refreshing citrus drink called lulanda.

Look for the street cart with the picture of Mick Jagger on it near the Plaza de Bolivar in Bogota. There you can pick up circular wafers the size of your head sandwiching a sweet filling of arequipa (dulce de leche), a sweet and sticky Colombian caramel.

These might have a similar scaly bulbous exterior and black seed-flecked white interior as their bland magenta Southeast Asian cousin, but the yellow-skinned variety native to Colombia is blessed with pleasing, succulent flesh that’s super juicy, sweet like a pear but with the crunch of a kiwi.

Resembling a plum tomato, the fruit has a juicy, slightly acidic seed-ridden orange flesh that’s cloaked with a smooth, but bitter, red or orange skin that’s often darkly streaked. Peeled and eaten, the tree tomato is regularly made into smoothies, blended with water and sugar for juice, and even incorporated into chocolate bars.

The popular round fruit can be recognized by its fine sandpaper-like skin, dark orange interior and massive pair of black seeds. But it’s the wildly floral aroma and mildly sweet flavour of its soft, viscous and almost fibrous creamy flesh that’s used in milkshakes, smoothies and ice creams. 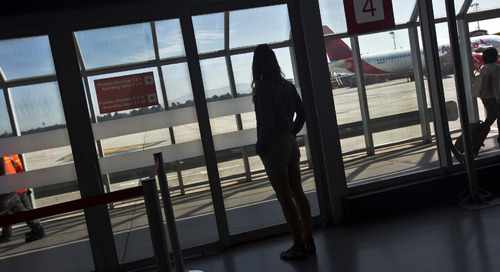 Whether in town or at the airport, pod hotels offer a cozy — and cost effective — way to spend the night 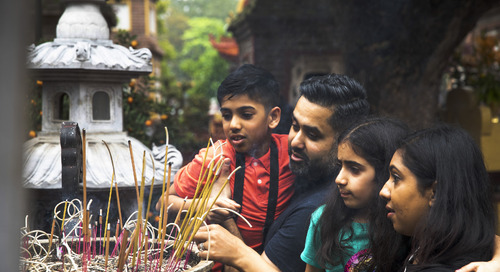 10 expert tips for taking the brood on the road