Home » The Looptail, The Travel Blog Powered By G Adventures » Beyond the brochure: Taking the back road in Colombia
× Share this Article

“What matters in life is not what happens to you but what you remember and how you remember it,” Gabriel Garcia Marquez, One Hundred Years of Solitude.

The air is still and heavy; without any wind to shake their branches, trees stand motionless along the street. The road steams as an overladen truck, pregnant with dairy for the market, passes at high speed. A friend says that it’s so humid, we may as well be breathing soup. As you stare into the distance, you realize that the bus is nearly three hours late.

On a street corner, a solitary man stands beside a food cart, waiting for his first customer of the day. He rubs his hands with sanitizer, ready to serve perros calientes (hot dogs) to anyone with a few pesos. The man approaches our group with some freshly made hot dogs and a smile that sits easy on his face. He gestures to explain that you’re waiting in the wrong place. The bus stop has moved.

You swallow a complaint that rises from your stomach and follow the hot dog seller’s directions. If this happened at home it would have ruined your day, but not here. This is different. You’re travelling the backroads of Colombia, so you laugh.

Getting off the tourist-friendly trail is not without its challenges. However, for those looking for adventures beyond the visitor brochures, Colombia has some of the most unique backroad experiences (and kind-hearted locals, like our hot-dog man) in all of South America.

Tackling a game of Tejo in Salento

A small metallic disc rotates through the air. It navigates its way through the smoke-filled room, targeting a square bed of moist clay, propped up from the ground at an angle. Anticipation builds. Beer is consumed. The disc strikes against a paper target in the middle of the clay bed; it’s filled with gunpowder, and the impact of the disc sets off a loud bang that’s met with cheers. Clay, gunpowder, and beer: those who yawn at the sight of a Monopoly board might get excited about a game of Tejo in Salento.

A charming colonial town resplendent with cobbled streets and colourfully rendered buildings, the isolated Andean town of Salento is a great starting point for those looking to hike Cocora Valley, purchase some local crafts, and indulge in a game of Tejo. Beer drinking during gameplay — while not mandatory — is certainly encouraged.

Taking it underwater in Taganga

Set in a deep, crescent-shaped bay, Taganga Beach is everything you would expect from a Caribbean fishing village: Palm trees line the beach, casting jagged shapes across the pale sand as a set of small, turquoise waves froth against the shore. In the shallows, a collection of old wooden boats are watched over by men who claim to have spent more of their lives on water than land.

Increasingly popular with backpackers looking for a beach break, Taganga has some excellent dining options (like the beach-side Bitacora Restaurante) and vibrant nightlife. There’s also some of the best diving in Colombia. First-timers will find a range of diving schools in town with English speaking instructors, and for those more experienced aquatic adventurers, there is coral and a range of vibrant fish and sea turtles to spot.

On the coffee trail in Armenia

Even if you aren’t the kind of person who likes their morning coffee so strong that it should come with a defibrillator, a visit to the remote, coffee-growing region of Armenia is a must.

Nestled into the foothills of the Andes mountains, Armenia is a slow-paced farming region that’s home to some of the most popular coffee beans on the continent. Against a backdrop of lush green valleys and snowy peaks, travellers can take walking tours through shaggy, overgrown coffee shrubs and learn about local farming practises <[HTML_REMOVED]> and the region’s history. Those looking to take their love of a morning brew to the next level should head to the large — and somewhat bizarre — coffee-themed amusement park known as Parque National de Café, which features a global coffee garden and food stalls serving coffee-based fare, along with roller coasters and bumper boats.

Beyond the sun lounge in Santa Marta

Turning away from the Sierra Nevada mountain range — where snowy peaks pierce the blue sky — you see a bustling beachside city, where modern high-rise apartment towers compete for airspace and the city streets hum with the traffic of people going places. Turning further still, you settle on a view of the Caribbean Sea from the Santa Marta shoreline. While it may not exactly be a hidden Colombian gem, the coastal city of Santa Marta holds an important place in history. The city is the oldest in the country and one of the oldest on the continent. Santa Marta also has plenty to offer visitors looking for activities beyond the beach. Santa Marta an emerging cultural centre in Colombia, with a celebrated annual international theatre festival (held over August and September), a growing street-art scene (artists like the well-known Guache have done colourful murals here), and a series of outdoor cafés that host lively discussions and debates.

Cooling off in Minca

Until recently, the small hillside village of Minca in Northern Colombia was cut off from tourists. The shadow of paramilitary forces in the region meant that the village was accessible only to locals. Thankfully, that situation has changed, and Minca is open to travellers looking to immerse themselves in a lesser-known part of the country.

Travellers lucky enough to find themselves breathing in Minca's fresh mountain air (the village is located some 660m, or 2,165 ft, above sea level) will be spoiled for choice when it comes to expansive views of the region’s rolling green hills and deep valleys. For those keen on spending their days working up a sweat, Minca has some excellent mountain bike and hiking trails. Pozo Azul, a clear, natural wading pool fed by a small waterfall, is a short ride away (a word of warning: while it may appear inviting, the water isn't exactly tropical).

G Adventures runs a number of tours through Colombia encompassing a wide range of departure dates and activities. So, if you’re looking for a trekking adventure, an urban exploration or just want to get off the usual tourist path in one of South America’s most exciting countries, we’ve got you covered. 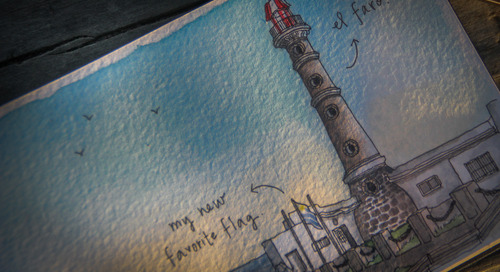 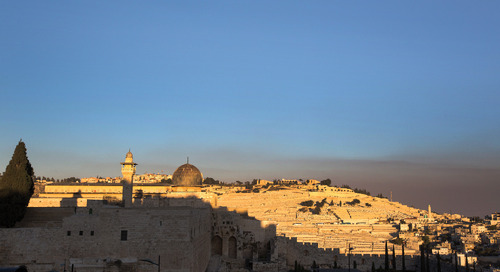