Montenegro is a relatively small country, but it boasts big landscape beauty. Tucked away on the east Adriatic, it is part of the former Yugoslavia and bordered by Croatia, Bosnia and Herzegovina, Serbia, Kosovo, and Albania. Last summer, I was backpacking through Croatia and decided to take a small detour down the coast and into the incredibly scenic port town of Kotor. At the time, I didn’t know much about Kotor other than through seeing stunning photos of it online. It looked like some sort of Norwegian fjord, but sunny and warm. I had to go.

Driving into Kotor is a bit of a process — look at it on a map and you’ll see why. It is hidden at the very end of a seemingly endless — and very deep — gorge now filled with sea water from the Adriatic. After a few long s-turns and many bus window pictures later, we made it.

Kotor itself is small and quaint. It is most famous for its incredible location, but also for its well-preserved Old City, which is a walled urban area typical of the Middle Ages, likely built between the 12th and 14th centuries. The Medieval architecture and historical importance of the Old City has made it a UNESCO World Natural and Historical Heritage site.

You can see why as soon as you arrive. I was greeted by a massively steep stone wall bordering the Old City. It snakes up the hillside, ending at a fortress in the distance. My first thoughts were how awesome the view would look like from there! It would be my first day hike in Kotor.

The Sveti Ivan (St. John) Fortress stands 280m (918 ft) above Kotor harbour, and boasts a picture-perfect view of the Old City, the harbour itself, and the entire Bay of Boka Kotorska. The hike leading up to the fortress is made up of Medieval steps, and is a challenge. Luckily, it is only about an hour or so until you’re rewarded with an incredible view. My best advice is to go up just before sunset and watch the town light up below you as day turns to night, or early in the morning to avoid the stark midday sun. It is a view to remember and a massive highlight of Montenegro.

My second hiking recommendation in Kotor might be a lot less challenging, but it's just as scenically rewarding. When arriving into the city from Croatia, the road takes you along the northern border of the bay and fjords. The southern border has a beautiful road winding along it toward the small fishing village of Donji Stoliv. This sleepy town is a collection of unique stone houses overlooked by a church just under a 10km (6 mi) walk from Kotor. It makes for a great day hike — although a little long, it’s mostly flat — and the views along the bay are priceless.

The Ladder of Kotor

My last recommendation is for more experienced and strong-willed hikers looking for a challenge: The Ladder of Kotor hike to Krstac Pass, which stands 940m (3,083 ft) above the Old City. It is an arduous hike with more than 70 switchback turns that follows an old bridal trail to the fjord. But the entire time, you are rewarded with breathtaking views of the bay and surrounding areas, which of course, make the challenge totally worth it. Just keep in mind that this is a long day and can also be done from the top down if you aren’t too keen on the ups. Ask for directions from locals in Kotor on how to access the hike, and be prepared with lots of water and a fully charged camera battery.

G Adventures runs a number of departures in Montenegro encompassing a wide range of departure dates and activities to cater to different tastes. We’re thrilled at the prospect of showing you this big blue planet of ours — check out our small group trips here. 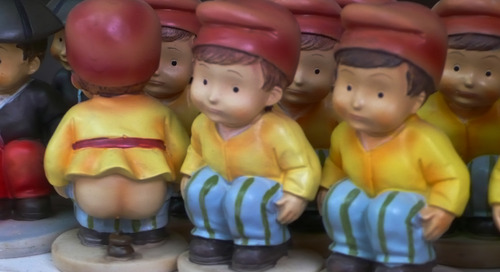 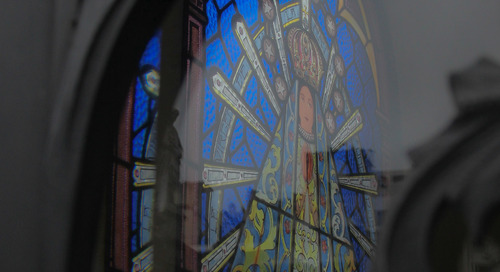 Recoleta Cemetery may be known for being a morbid attraction, but there’s all kinds of signs of life in Arg...