Home » The Looptail, The Travel Blog Powered By G Adventures » Huacachina: The last oasis of the Americas
× Share this Article

Huacachina: The last oasis of the Americas

Celebrated as the crown jewel of the Inquisition of Latin America, from ancient times to modern day, Peru has remained the holy grail for culture-vultures for centuries.

Boasting such UNESCO World Heritage sites as Lake Titicaca, and of course, such wonders of the ancient world as Machu Picchu, it’s no wonder that Peru tops bucket lists around the world.

From the gastronomic allure of Lima and the must-do pilgrimage through Cuzco — the hypnotizing nexus of the Incan World — to the Sacred Valley, most itineraries venture into Peru’s legendary cities while perhaps leaving some of the lesser-known gems undiscovered.

Such is that of Huacachina. Known as the “Oasis of America,” this small village has remained relatively unknown to non-backpackers, overshadowed perhaps by the soaring stone citadel, the bustle country’s capital, and the highest lake in the world. And although adventure seekers might be aware of the city in the sand, featured on the back of the 50.00 Nuevo Sol note, Huacachina should be experienced by all who are keen on indulging in the mystic treasures of Peru.

Appearing like a mirage imagined in travel diaries of age-old explorers, the shimmering, palm tree-lined turquoise lagoon, contrasting against the golden, sandy curves of the Ica Desert is a sight for sore eyes. Unsurprisingly, in the 1940s it was quite common for wealthy city-dwellers to migrate five hours south from Lima, to holiday at the popular spa “resort” and to experience Huacachina’s rumored healing waters first-hand. But it slowly lost its appeal, and it wasn’t until the 1990s that the village prospered once again, attracting those in wanderlust for adventure to its shape-shifting sand-made shores.

Thought of as a hotspot for adrenaline junkies, Huacachina is the site in South America for getting down and dirty in the sand. Numerous tour operators encircle the lagoon to offer dune-buggying tours, where you can zip through the cascading dunes. These are best paired with sand surfing sessions that let you speed down heights of hundreds of feet. For those interested in a slower pace, the best takeaway experience is witnessing the psychedelic desert sunsets from the sun-toasted knolls. And with piercing sapphire skies with beams of scarlet, amber, and magenta, it’s imperative that all visitors to Huacachina admire dusk-to-midnight views of the oasis.

Furthermore, leisure seekers can spend days laying under the shade of the palm trees and enjoying the natural beauty of the oasis by renting row boats to explore the lagoon at closer proximity. However, locals warn of jumping into the azure waters. As with most Peruvian gems, Huacachina, too, is associated with various indigenous folk tales, all cautionary.

One legend claims that long ago, a young royal couple took up residence near the village. Suddenly, the prince mysteriously passed away, which caused his bride to weep endlessly. Slowly, her tears collected in the valley and created the lagoon. One day, as she was sitting by the water, she was frightened by an evil spirit, which caused her to jump in. Unable to swim, she drowned in the lagoon, and ever since is said to haunt the waters, taking others to the bottom with her to combat her loneliness.

Another myth tells that the lagoon was created when a young hunter disturbed a local princess while she was bathing in the water. Frightened, she jumped in, and has to this day continued to inhabit the lagoon in the form of a mermaid, protecting her waters with violence against any trespassers. For those eager to meet the maiden, visit the statue made in her honour on the lagoon's banks.

A stone’s throw away from the famous Nazca lines, Huacachina is an essential pit stop of any complete discovery of Peru! 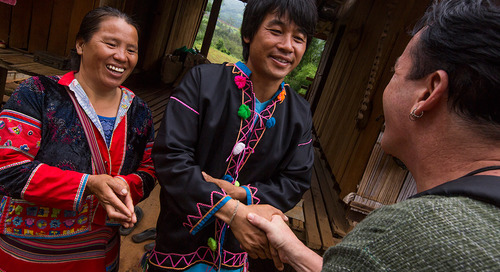 Planet Earth is an amazing place, but it’s far from perfect. So, when you take to the road it’s important t... 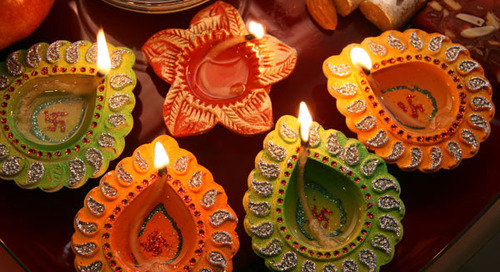 Diwali: The Hindu Festival of Lights

Celebrated by Hindus, Sikhs and Jains, Diwali marks the triumph of light over darkness and good over evil, ...