Home » The Looptail, The Travel Blog Powered By G Adventures » Instagrams of the Week: China & Japan
× Share this Article

Instagrams of the Week: China & Japan

In East Asia, the ancient past fuses seamlessly into a modern age. And this week, tradition was firmly on the mind of our travellers.

These may be the lands of technological pioneers, but with a rich heritage of monuments, cuisine and rural landscapes, in certain places you can feel that time has simply stood still.

@trippingovertravel visits Osaka Castle. Built by the samurai Toyotomi Hideyoshi 1583 it is one of Japan's most famous landmarks.

From one iconic landmark to another, this pic of the winding Great Wall of China was taken by @jenny_girl_travels. The remains we see today were built primarily during the Ming Dynasty to fend off invasions from neighbouring Mongolia.

Our own @marinabarbir tucks into a delicious sushi lunch in Tokyo! The modern version of sushi was created by at the end of the Edo period in Japan as a form of fast food.

The Giant Leshan Buddha, courtesy of @irrelevanttraveler, stands at 71m (233 ft) high. Built during China's Tang Dynasty it sits at the confluence of the Minjiang, Dadu and Qingyi rivers.

The Longji rice terraces in Longsheng Country, by traveller @myewo. The name 'Longji' translates to "Dragon's Backbone," as the tiered terraces are said to resemble a dragon's scales.

Heading out on a G Adventures trip? Use #gadv and you could see your travel pictures featured on our Instagram!

G Adventures runs a number of departures encompassing a wide range of departure dates and activities to cater for different tastes. We’re thrilled at the prospect of showing you this big blue planet of ours — check out our small group trips to Asia here. 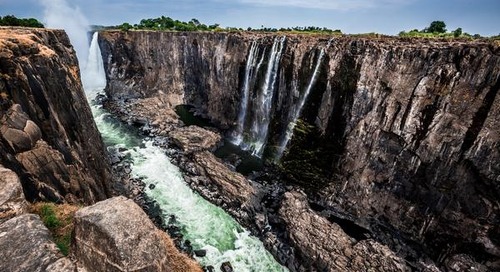 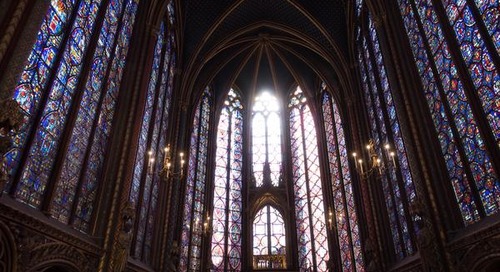 No Flash Allowed: Tips for taking tricky photos in Paris

Paris has some of the most awe-inspiring interiors. Let photographer Peter West Carey show you how the capt...