Home » The Looptail, The Travel Blog Powered By G Adventures » Into the wild: Tracking animals in Nepal’s Chitwan National Park
× Share this Article

Out on the brackish water a pair of eyes lurk above the surface.

Our boat driver paddles gently toward them to get a closer look. It stares straight at us and doesn’t move an inch. Just a few feet away, the motionless creature is in full view — all of its marble-like brown eyes, sharp elongated jaws, bulky snout, and scaly olive back.

In our wooden dugout canoe, we watch in silence as the gharial starts gliding through the water, slowly in our direction. Everyone in the group, with our smartphones and cameras poised at the ready, starts retracting their hands into the safety of the canoe. My heart starts to beat faster but before it hits the panic mode, our local guide Siddhartha motions for the driver to go. We leave the gharial in peace and it thankfully lets us off the hook.

It’s dawn and we’re floating on the East Rapti River in Chitwan, the lower Terai Valley of southern Nepal. The sky is tinged with a pre-sunrise glow: golden orange at the horizon and a deep sapphire blue where the sun has yet to reach. Wispy clouds hang low above the glassy surface of the water, while birds glide over our heads.

This part of Nepal is a world away from the Himalayan mountains and the bustling streets of Kathmandu. Known as the Terai Tarai (moist land), the landscape here in Chitwan is a belt of marshy grasslands, savannahs, and forests at the base of the Himalayas. It’s hot and sultry, oozing the temperature and laidback attitude of India more so than Nepal.

This part of Nepal is a world away from the Himalayan mountains and the bustling streets of Kathmandu. Known as the Terai Tarai (moist land), the landscape here in Chitwan is a belt of marshy grasslands, savannahs, and forests at the base of the Himalayas. It’s hot and sultry, oozing the temperature and laidback attitude of India more so than Nepal.

Home of the nearest relative of the dinosaur

This is one of the few places in the world where the gharial still lives. This creature (also known as gavial) is a type of crocodile characterized by an extremely long, thin razor-sharp jaw and bulbous snout.

The gharial is also the nearest surviving relative of the dinosaurs, but sadly, it’s been listed as critically endangered due to the loss of habitat. Fortunately, there has been some recovery, and a reasonable amount of hope lies with the conservation and management programs now in place. At the moment, the total population (wild and captive) is estimated at fewer than 1,000 animals.

Back in the river, the tranquility is disrupted by ducks squawking and other birds chirping. Siddhartha points out a pair of brown-feathered ducks by the riverbank, “Those are the Siberian duck.” The ducks scamper off just before I can take a good shot.

With years of birding experience under his belt, Siddhartha has developed sharp hawk-like vision and catches every single movement around us. Before I have the chance to ask a question, he turns in swift motion and urges us to look. “This is the white-throated kingfisher; there are seven types of kingfishers here.”

All sorts of bird species inhabit this area, including herons, egrets, and cormorants. Just as we are nearing the end of our journey on the river, a huge flock of black cormorants are on a feeding frenzy — catching fish at an astonishing rate.

We watch in awe, but within a few minutes breakfast time is over and hundreds of them take off into the skies as one flock. It’s quite a sight to behold.

That evening, we leave our water world behind us and head deeper into the Royal Chitwan National Park in search of the endangered Indian rhinoceros.

Due to hunting and widespread poaching, at the end of the 1960s the rhino population was reduced to a staggering 95 from thousands. To save the species from extinction, the government of Nepal established Chitwan National Park in 1973. The joint efforts by the Nepal government and the World Wide Fund for Nature (WWF) to revive the vulnerable species have been rather successful, with around 500 Indian rhinos reported to be currently living in Chitwan National Park.

With the last ebb of sunlight fading in the distance, we are quickly running out of time. For hours, we’ve been weaving through the thick jungle in a rusty, open-roofed jeep with Siddhartha once again at the lead. Born and bred here in the Terai Valley, he knows the forests inside out, and today he is bringing us to areas where the rhinos like to feed.

“Don’t worry, they will appear,” Siddhartha assures me. “They always do.”

We make several rounds in the woods, with glimpses of monkeys, snakes and lizards, but again there is no rhino in sight. Just as we are about to give up though, Siddhartha’s walkie-talkie crackles. He shouts a command at the driver in Nepalese, and we immediately find ourselves trundling down the jungle trail at lightning speed, leaving a trail of dust and mud behind us!

In barely five minutes, we screech to a halt next to a tangle of vine, branches, and bush. When the foliage clears, I finally get my first sighting of the elusive animal. I stare at its bulky grey body, thick robust legs, and sharp hooked horn — all just a few feet away from me.

The animal is standing still, flaring its nostrils in the air to sniff us out. With armour plates on its rough, lumpy skin, it almost resembles a prehistoric animal. An awed silence falls over our group of travellers, as we watch the animal’s every move in amazement.

For now, the rhinos are in safe hands under the protection of Chitwan National Park — but their future remains a question mark.

This trip was organized as part of an excursion to the Chitwan National Park by G Adventures on the Nepal Adventure. The excursion — which also includes a two-hour walk in the national park and a jeep safari — is included in the price of the 10-day trip. We’re thrilled at the prospect of showing you this big blue planet of ours — check out our small group trips here. 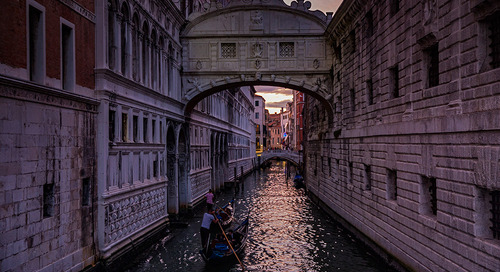 Each year, travellers and Venetians alike pour into the floating city to join the festivities — to play dre... 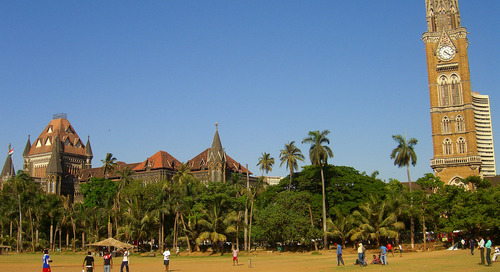 Top 7 things to do in Mumbai

Mumbai’s a great place to experience some of the most ubiquitous elements of Indian culture.