Home » The Looptail, The Travel Blog Powered By G Adventures » Kingston’s nightlife may be Jamaica’s best-kept secret
× Share this Article

No flip-flops, please. While sun and sand may be the reason most travellers book a ticket to Jamaica, the country’s capital is anything but casual. Kingston’s vibrant bar and restaurant scene are one reason to pack something a bit fancier than a beach coverup for a trip to the island. This is, after all, the place Bond creator Ian Fleming called home — and the country where multiple 007 movies have been made. And if Fleming’s martini-sipping spy doesn’t denote a certain level of cool, what does?

The Bond franchise’s mark on the island can be seen everywhere: from the 007-branded helicopter landing pad at Ocho Rios’ Moon Palace Hotel to Piggy’s in Port Antonio, where the popular restaurant’s chef and owner showed the current James Bond (Daniel Craig) how to make the perfect jerk chicken. It’s in Kingston, however, where travellers will find the kind of nightlife that 007 would appreciate.

There’s something happening every night of the week in this coastal city, the centre of which is made up of an historic downtown and the more modern New Kingston — the area to experience the city’s after-dark scene. One popular night spot is Olympic gold medalist Usain Bolt’s Tracks and Records bar (which recently opened an outpost in Ocho Rios). Jerk and plantain-chip nachos are on the menu and sports are typically streaming on the bar’s flatscreen TVs but it’s when the venue hosts one of its intimate reggae or dancehall nights that the venue truly shines.

For a special occasion kind of dinner with a significant other (or potential significant other), CRU Bar and Kitchen hosts a crowd on their rooftop lounge each weekend. Dine al fresco on both Jamaican and international cuisine before heading to the lounge to check out the premium drink selection, the DJs, and the view of the city.

Want a bit of a party vibe? Hit up one of Kingston’s many (many) weekly events at clubs like the recently renovated open-air Puls8 which throws a super-popular ‘90s night every Wednesday while dancehall rules the decks every Friday. Stone Love HQ has stood on the same spot since the 1970s and has a reputation for some of the best music in Jamaica (there are even recording studios on site). Their Weddie Weddie Wednesdays is the not-to-be-missed midweek dancehall party. At The Deck, college students and young professionals take in the low-key sports bar vibes on the patio or head inside to the lounge to see live entertainment on the weekends.

Dub is a quintessentially Jamaican experience and there’s nowhere else on the planet like Kingston’s Dub Club. This is where the best reggae artists and DJs from around the world clamour to play. Overlooking the city, the Skyline Drive venue hosts music fans every Sunday night with dub and roots reggae flowing from a sound system set beneath a massive mango tree. Grab a vodka and Ting and take it all in.

Check out our small group tours to Jamaica here. 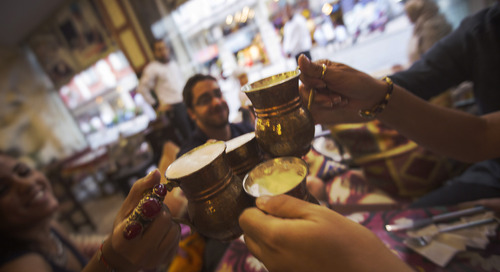 Step one: Watch before you order 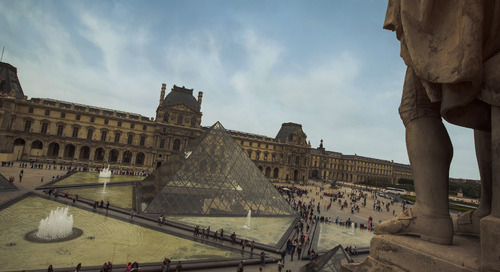 Did you know that Sumo has religious roots?