Home » The Looptail, The Travel Blog Powered By G Adventures » On the sidewalks of Mexico City, street food is everything
× Share this Article

On the sidewalks of Mexico City, street food is everything

I knew going in that the street food in Mexico City would be unreal, and a portable sidewalk butcher shop confirmed it. There, an aproned cool dude with a man-bun, sunglasses and multiple piercings sliced and grilled steak in front of me, added chorizo, chucked a fat piece of melon onto the grill too, topped it with queso, tomato and a pungent bud of fresh albahaca herb, added another sausage just because, and with all that built me a sandwich so big I never thought it would end, nor did I want it to.

The fact that something so obnoxious and weirdly artful could be found right there, in a thick wave of urban traffic, seemed wild. That’s because I’m from Toronto, where the only street food you can find — pretty much — is sausage.

Thinking about it now, it seems bizarre. Of all the foods that exist, in one of the most multicultural cities in the world, we can’t do better than ground meat stuffed into a casing? What kind of stodgy city meeting led to that decision? There are a few food trucks and government-approved carts that try to branch out, but they’re so hyper-regulated that they don’t really count.

Living such a sheltered existence, I had long assumed that street food wasn’t important. Convenient, maybe, but not important. I learned otherwise in Mexico City. I now know that street food is not just food. It is an undercurrent of a city’s vitality, influencing everything. It is an incubator where culture is born, grows strong and moves on to other areas of the city to make its presence known.

Underneath them, amazing and delicious things happen. Strangers and friends alike sit on plastic chairs, elbows propped on plaid tablecloths, interacting, relaxing and eating affordable food together. Usually there are mom-and-dad types cooking food that matters to them, exercising a kind of artistic liberty as they share their versions of their favourite food.

There’s almost always a comal — a griddle, essentially — dotted with sizzling ovals of masa corn dough on their way to becoming gorditas, flautas, empanadas, sopes or tacos. Even at the hippest taco restaurants back home, house-made tortillas are a rare luxury; on the streets here, made-to-order tortillas are the baseline.

Maybe those vessels will become filled with nuggets of funky huitlacoche fungus or smoky shreds of chicken tinga. Maybe there’s a slow rotating spit where pork is melted into a quivering hunk of deliciousness known as al pastor. Maybe the biggest bowl of guacamole you’ve ever seen is just sitting there, waiting for someone to grab a heaping spoonful. Maybe it’s a torta stand, where a one-storey high sandwich that nobody could ever finish is piled with hot dogs, scrambled eggs, avocado and cheese.

Maybe there are fragrant bouquets of fresh herbs, where garnishes are plucked straight from the stem. Maybe there are vast collections of hot sauce bottles, with the green ones being extra sneaky. Maybe it’s roadside ceviche or — wait for it — a hot dog stand, except these hot dogs are wrapped in bacon. The sheer variety is dizzying.

I met a Mexico City resident who, while pointing out the highlights of his hometown, was keen to avoid street food, sidestepping it with purpose, instead pointing out higher-end restaurants such as Huset, Palmares Azotea or Contramar — all of which I visited and enjoyed.

Perhaps he was trying to put himself in the shoes of someone from the far north, where everything is antiseptic, where the fear of food poisoning supersedes everything else. Whatever the reason, I realized then that the things we are ashamed of are often the things we should be proud of.

Because here’s the thing: the calibre of a city’s food scene is less dependent on its chefs than it is the open-mindedness and general curiosity of its people. Sure, we need culinary talent, but the world’s best restaurant means nothing if the clientele isn’t prepared to make it a successful business.

When the bar for everyday food is set so high, it ups the ante for everything else. The entire city is forced to do better. And in Mexico City, it shows. It has the greatest density of good tastes per square kilometre than any other city I’ve visited.

Eating street food is risky. Having an eye for general shadiness helps. The really popular spots, where food is constantly depleted and replenished, are usually a safe bet. It’s important to try, though. The way we eat while traveling is a reflection of how we travel as a whole. Are we willing to take risks, or do we want to stay comfortable? The rewards we reap, and the memories we gain, are often appropriate. 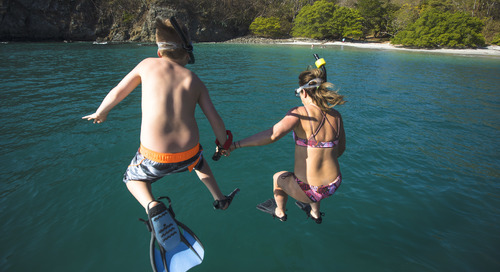 Keep kids occupied on the road with these great, travel-focused books 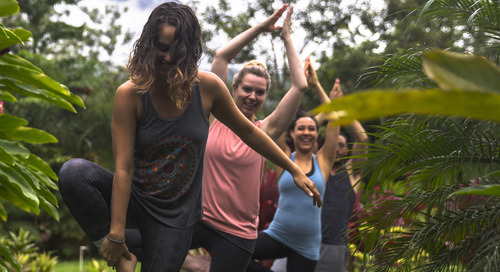 Going well beyond the spa