Home » The Looptail, The Travel Blog Powered By G Adventures » Reading on the Road: Five books to inspire a trip to Peru
× Share this Article

Reading on the Road: Five books to inspire a trip to Peru

Whether you’re already planning a trip to Peru, or just eager to go, these five books will help get you excited about this beautiful South American country. (In partnership with Kobo and the new, waterproof Kobo Aura H2O.)

1. Aunt Julia and the Scriptwriter by Mario Vargas Llosa

This 1977 romance tells the story of 18-year-old Mario, an aspiring writer, who falls in love with a 32-year-old divorcee. It’s the seventh novel by Llosa, and is based on his own life experiences (his first wife, Julia Urquidi, was 10 years his senior). The book was adapted into the film Tune in Tomorrow (1990) starring Keanu Reeves and Barbara Falk.

2. The Last Days of the Incas by Kim MacQuarrie

Travellers to Peru looking for an excellent, comprehensive overview of the fall of the Incan empire will benefit greatly from MacQuarrie’s 2008 history, which charts the events that led to the eventual demise of the ancient Incas at the hands of Spanish conquerors in 1572.

A New York Times bestseller, Adams’ 2011 book is the perfect travel companion for a trip to Peru. Turn Right at Machu Picchu, which is a first-person account of Adams’ own trip to the country, will be sure to inspire a visit, or help travellers get the best out of their own excursion to the ancient South American country and its many landmarks, historic settings, and treks.

4. The Bridge of San Luis Rey, by Thornton Wilder

This novel — the debut work from U.S. author Wilder — tells the stories of several unrelated individuals who die in the collapse of an Incan rope bridge. It was the bestselling non-fiction book of 1928, and won the Pulitzer Prize that same year.

Patchett’s 2011 book isn’t technically set in Peru, but its plot — which unfolds in an unnamed South American country — is based on the Japanese Embassy Hostage Crisis, also known as the Peru Crisis, of 1996–1997.

Ready for a trip to Peru? Check out our small group tours to the region here. 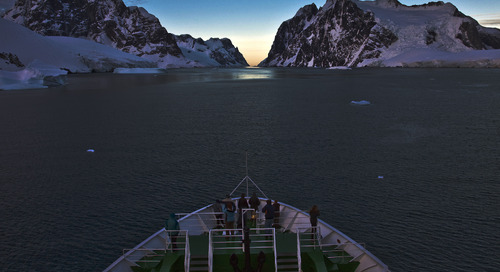 To get to Antarctica, you have to cross the infamous body of water 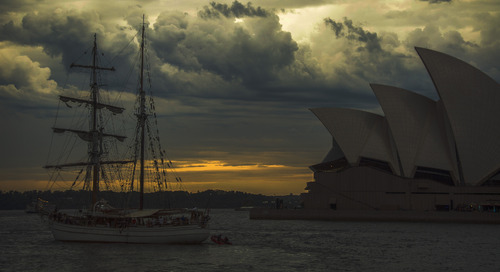 The best places to eat, drink, and be merry by the sea in Sydney