Home » The Looptail, The Travel Blog Powered By G Adventures » The coolest New Year’s traditions from around the world
× Share this Article

The coolest New Year’s traditions from around the world

I love New Year’s Eve. It’s one of my favourite holidays. There’s nothing better than getting dressed up and spending quality time with your friends and family while patiently waiting for the clock to strike twelve and the ball in Times Square to drop. But last year, I decided to shake things up and spent December 31 in Quito, Ecuador. I thought I would miss the customary champagne, fireworks and midnight kisses, but instead I loved ringing in the New Year immersed in new traditions. So, in the spirit of the coming new year, let’s explore how other cultures plan to ring in the new year.

Last winter, I was backpacking South America, and was lucky enough to spend New Year’s Eve in Quito, Ecuador. I remember driving through the city and noticing all these different vendors selling what looked like papier mâché sculptures. My curiosity got the best of me, and I approached one of the vendors. The sweetest lady kindly explained she was selling effigies. Ranging from politicians to Batman, these sculptures could be purchased in order to burn them before the stroke of midnight. I didn’t understand the need to set them on fire until she explained that the burning of these effigies are symbolic, and the act of burning helps cleanse away all the bad energy from the previous year before the new year begins. I was lucky enough to see this for myself in a quiet street corner, and I have to agree that there is something oddly satisfying in seeing a family come together and burn an effigy.

The rest of the world may refer to December 31 as New Years Eve, but the Scots like to call it Hogmanay and this party can last up to January 2. There are several traditions that are completely unique to Scotland. For starters, the custom known as “first-footing,” stems from the belief that the first person to step inside a home after midnight will determine the homeowner’s luck for the rest of the year. The ideal first visitor would be successful (I’d keep my fingers crossed for a millionaire) while also bearing gifts. But probably the coolest (and perhaps most dangerous) tradition is the swinging of the fireballs. That’s right, I said fireballs. If you want to see a show, then make sure you head on over to the Stonehaven Fireball Festival, where locals walk through the village swinging homemade fireballs (usually made of chicken wire and filled with old scraps of material and newspaper) over their heads until they are tossed into the harbour. Seriously, how bad-ass is that?

When the clock strikes twelve, many of us will celebrate by taking a sip of champagne, but in Spain, people will be eating 12 grapes. Huh? I know, but bear with me, this tradition is fun. The minute the New Year chimes ring, you must eat 12 grapes (each grape representing one month of the year) before the chimes stop. If you’re able to accomplish this task, then you’ll have a year full of good fortune. It is also believed that this tradition began in the late 19th century when there was a surplus of grapes, and farmers decided to market this tradition. But whatever the reason, I love grapes, so I’m on board.

I hope you have a comfortable pair of pants with an elastic waistband, because Estonia’s New Year’s Eve tradition will leave you full. It’s common there for people to spend December 31 eating at least seven, nine, or twelve meals throughout the day. It’s a lot more than the regular three meals a day, but it is believed that if a person eats seven (or nine or twelve) meals on New Year’s Eve, they will harness the strength of seven men the following year. As well, eating lavish meals, and indulging in good food celebrates the abundance of food in the following year. Sounds pretty delicious, huh?

The final countdown is on, and there are only a few days left until we say goodbye to the year. So how do you plan on spending December 31? Share your traditions with us. We’d love to hear about them!

Ready for your next trip? G Adventures can get you there. Check out our wide range of small adventure tours here. 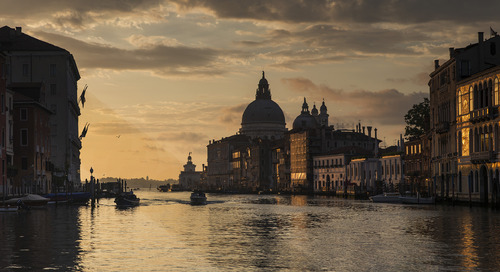 From Lido to Murano, Venice's beautiful islands offer a new perspective on the famed city 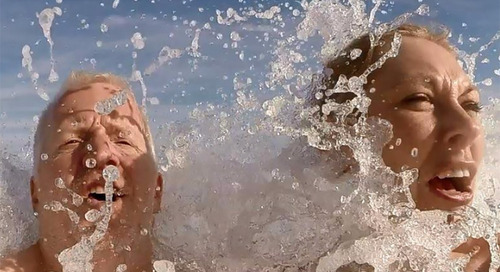 Here's what you loved best over the past 12 months