Home » The Looptail, The Travel Blog Powered By G Adventures » The world's best cities for music-lovers (and why we chose them)
× Share this Article

What makes a truly great music city? A rich history of artists and labels who have called it home? A wide selection of live venues, bars, clubs, theatres, etc.? Year-round concerts and festivals for the young and young-at-heart? There’s plenty of contributing factors, but what they all have in common is that you’ll discover something new every time you visit. Whether you’re a fan of hip-hop, jazz, rock, or a genre that doesn’t have a name yet, here’s five cities worth considering when planning your next trip. From Lisbon to Tokyo, it’s by no means a conclusive list, but hopefully it’ll give you a starting place.

Want to plan a European getaway weekend but doing so on a shoestring budget? Compared to nightlife meccas like Berlin and London, it’s significantly cheaper to stay, eat, drink, and party in the hilly Portugese capital, where residents often don’t hit the bars until midnight and clubs rarely shut down before 6am. You can catch some of today’s best DJs play at venues such as Lux Fragil (part-owned by American actor John Malkovitch) and MusicBox. The city also has a thriving Afro-Portugese dance music scene, which has grown from raucous block parties to worldwide showcases. If all-night partying isn’t your speed, Lisbon is also hosting this year’s Eurovision Song Contest, the 63rd edition of the massively popular international TV song competition and first time the event has been held in Portugal.

Check out our small group tours to Portugal here.

No matter where your musical tastes lie, the sprawling megalopolis offers something for everybody. Looking to check out some of the city’s best mariachi bands? Day or night, you’ll find many of them gathered at historic square Plaza Garibaldi, where Mexico’s first mariachi school is also located. Want to perfect or dust off your salsa steps? Try Mama Rumba in the Roma Norte neighbourhood or Pata Negra in Condessa. A cavernous discoteque known for its themed nights and sweaty dance-offs? Look no further than Patrick Miller, which was founded by the famous Mexican DJ. Feeling angsty? Stop by El Chopo, a long-running Saturday flea market dedicated to all things punk, metal, goth rock, and emo for chokers, studded belts, band tees, and so much more.

There’s never a bad time to visit New Orleans, but with the city celebrating its 300th anniversary this year, The Big Easy is going all out when it comes to the parties. The Louisana port is the birthplace of jazz, and enthusiasts will want to make a pilgrimmage to Preservation Hall in the French Quarter, which was established in 1961 and hosts nightly performances. Equally historically important are the second line parades, which sees colorfully dressed brass bands and revellers take over the streets, typically on Sundays and during holidays such as Mardi Gras. Finally for something more modern, there’s bounce, a high-energy style of hip-hop known for its suggestive lyrics and even more suggestive dancing. If you want to pack as much live music into one week as possible, the New Orleans Jazz & Heritage Festival runs April 27-May 6, and features international headliners and local talent.

Check out our small group tours to the United States here.

Reykjavík’s most famous musical exports include avant-garde singer Björk, post-rock group Sigur Rós, and indie folk favourites Of Monsters and Men, but that’s just the tip of the proverbial iceberg when it comes to the world’s northernmost capital city. There’s a burgeoning hip-hop scene, and for those looking to discover their new favourite band or producer, there’s no shortage of music festivals including Iceland Airwaves, Secret Solstice, and Sónar Reykjavík. And while there’s no museum dedicated solely to the accomplishments of Björk (yet), the Icelandic Museum of Rock ‘n’ Roll in Reykjanesbær is a short day trip away, and features memorabilia from Emiliana Torrini, Of Monsters and Men, the Sugarcubes, and more.

Check out our small group tours to Iceland here.

According to VinylHub, Tokyo has the most record stores of any city in the world with 93 shops, making it the perfect destination for vinyl lovers. Start off at Tower Records’ Shibuya location, which is a whopping nine stories (ten including a basement for performances), and over 5,000 square metres (53,820 square feet). Next, head to Big Love Records, where you can drink beer while browsing through a carefully curated selection of indie rock, punk, and hardcore from Australia, Scandinavia, and beyond. Also worth checking out: Lighthouse Records, Jazzy Sport, and Disk Union (there’s multiple locations and each branch is dedicated to a few genres).

Check out our small group tours to Japan here. 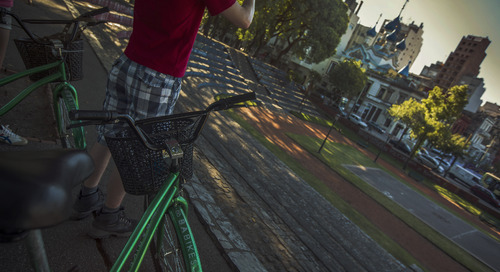 How Ciclovia paves the way for green, active travel

The cycling event, born in Colombia, has spread across Latin America 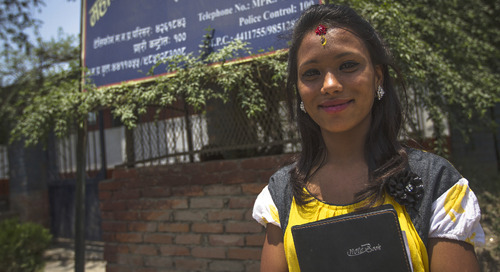 How to empower women by travelling to India and Nepal